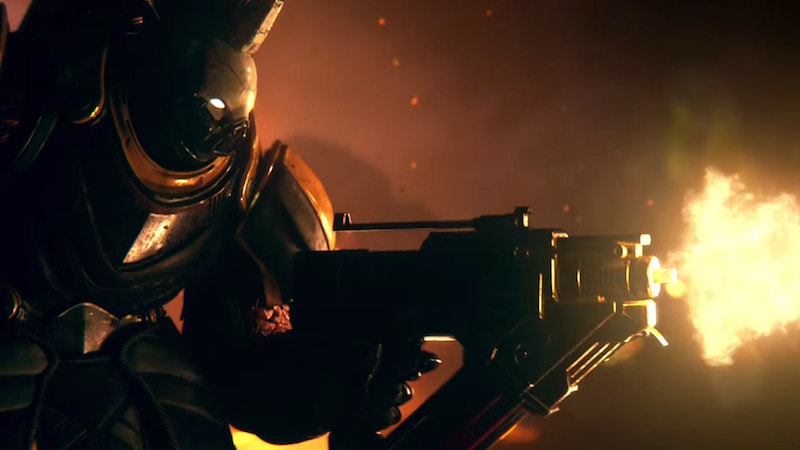 After much teasing and several leaks, Destiny 2 has finally been revealed. Destiny 2’s release date is September 8 and there will be a Destiny 2 beta for those pre-ordering the game. No date has been announced for the Destiny 2 beta just yet.

The sequel to 2014’s shared world shooter Destiny will see an exclusive marketing tie-up with Sony much like the last game. This will also extend to the game's content being exclusive to the PS4 for awhile before coming to the PC and Xbox One as well.

"We’ll also show off the exclusive content you’ve come to expect on PlayStation. All will be answered in the weeks and months to come. It should be a hell of a ride," posted Destiny Community Manager David Dague on the PlayStation blog.

Destiny 2 have several editions available as well. The standard edition will retail for $60 (around Rs. 3,900) with the Destiny 2 Limited Edition selling for $99 (roughly Rs. 6,500). There's the Destiny 2 Collector's Edition that will cost you $249.99 (almost Rs. 16,000). No pricing for India has been announced yet though we'd expect it to be the same as Destiny, Rs. 4,599 with just the standard edition for the country.

Destiny 2’s trailer showed off a lot of what was hinted at in the game’s teaser video as well as in the story synopsis that leaked earlier today.

The September release window is a smart move from Activision. It’s just before the holiday season starts and gives the publisher enough of a gap before the new Call of Duty, allegedly titled Call of Duty: WW2 hits in November.

Destiny 2 could be one of the biggest releases of 2017. We discuss how developer Bungie has been especially responsive to feedback from players and how that could impact Destiny 2 on Transition, the Gadgets 360 podcast for video games and pop culture.

You can subscribe to Transition via iTunes or RSS or just listen to this episode by hitting the play button below.