Dark Souls III Coming to PS4, Windows, and Xbox One in Early 2016 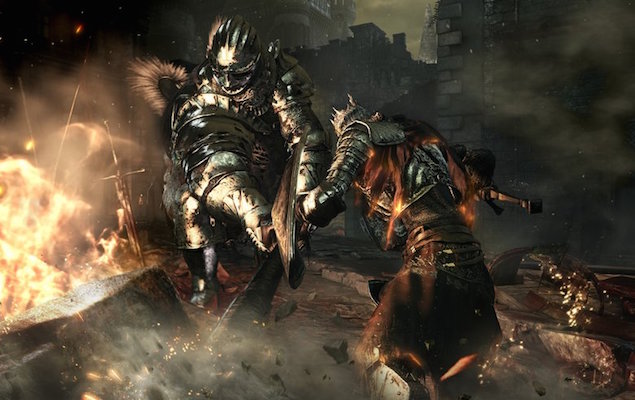 Like most things at E3 2015, details on developer From Software's next entry in the Dark Souls series, Dark Souls III are scarce but the trailers give us plenty to mull over.

Though it was leaked a few weeks prior, Microsoft's E3 2015 conference set the stage for a two-minute CGI trailer that revealed that much like earlier games in the series, you'll don the role of a warrior in a deranged, dark fantasy land.

While little is known at the time, what we do know is the game is set to arrive on Windows, Xbox One, and PS4 and it's expected early 2016. Also of interest is that Bandai Namco, the publisher for the game, claims that this will be the "final episode" in the series and Dark Souls creator Hidetaka Miyazaki was taking on directorial duties. He was responsible for Demon's Souls as well as the superlative Bloodborne.

Miyazaki later clarified at an interview at E3, that in fact Dark Souls III is not the last game in the series. "First of all, this is not the final product for the Dark Souls series. However, I believe it's the turning point for the Dark Souls series. First of all, Dark Souls has a really unique worldview. It's not a good idea, continuously releasing titles for this series because of that factor. And this will probably be the turning point of From Software as a whole - it's the last project we started working on before I became president. It's basically From Software, they started working on this project when it was an older generation. So it's a turning point. It'll be a turning point, but it's not final."

(Also see: Bloodborne Review: Death is Only the Beginning )

The Souls series of games are known for their tough but fair difficulty, twisted and dark art direction, as well as minimal story-telling. From what we gather, Dark Souls III will be more of the same. And depending on your gaming preferences, this might be a good thing or not. Either way, fans of the series can rejoice when it hits early 2016 on Windows, Xbox One, and PS4.