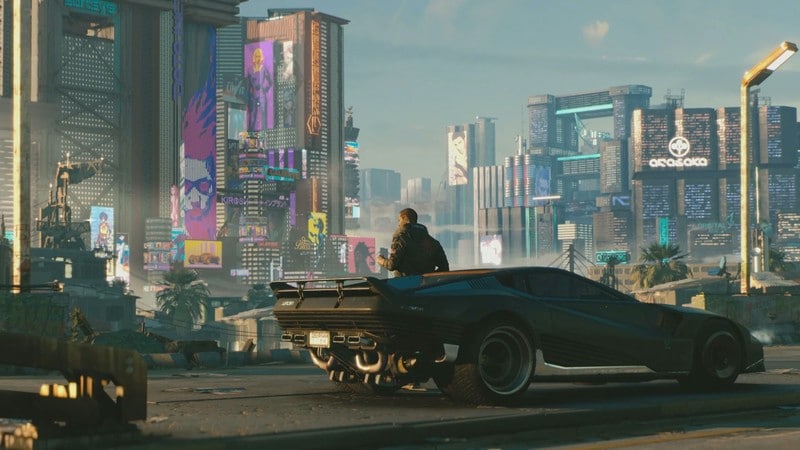 Cyberpunk 2077 wowed audiences at Microsoft's Xbox E3 2018 presentation. Behind closed doors, select members of the gaming press got a look of what the game has to offer. With developer CD Projekt Red confirming it to be a cross-generation title, hitting PS4, Xbox One, PS5, the next Xbox, and PC, it's safe to say that you'd need an extremely high-end PC to get the most out of it. More so when some accounts of the Cyberpunk 2077 E3 2018 demo speak of frame rate drops and hitches. On the CD Projekt Red Discord server (via TweakTown), the PC specifications of the Cyberpunk 2077 demo at E3 2018 were revealed. Unless the team behind it manage to optimise it thoroughly for current generation hardware, expect some compromises if you don't upgrade.

Previously, Cyberpunk 2077 developer CD Projekt Red confirmed that the game will be on the PS5 and next Xbox.

"CD Projekt has alluded to the fact before and trying to clarify exactly what formats the game will be released on involved a series of nervous questions between CD Projekt staff, unsure of what exactly they should be saying. Eventually we got them to admit it would be coming out on Xbox One, PlayStation 4, and PC, with a nervous little laugh making it clear that also appearing on next gen consoles was very much the plan (which also gives a hint as to when the game will be released)," reported Metro Gaming.

Rebel Developers Are Trying to Cure Our Smartphone Addiction, With an App
The Bigger Cryptocurrencies Get, the Worse They Perform: BIS