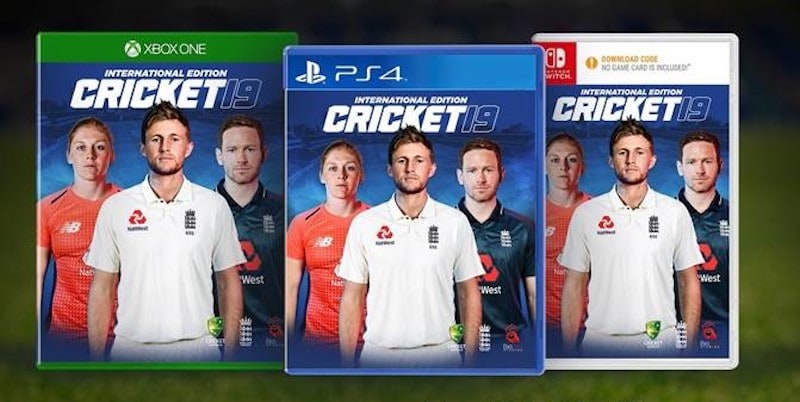 Cricket 19 has a release date. The next cricket game from Don Bradman and Ashes Cricket studio Big Ant will be out for the PS4, Nintendo Switch, and Xbox One on May 28. In addition to this, Cricket 19 will release in India at the same time. Big Ant will be partnering with Indian distributor E-xpress Interactive to bring the to store shelves across the country. The Cricket 19 India price is Rs. 3,999 for PS4, Nintendo Switch, and Xbox One. There's no PC release date for the game just yet other than that it would be coming to Steam "shortly after the console launch".

The PC version's delay should come as no surprise. In the past, Big Ant has brought its games to Steam late citing piracy concerns as was the case with Ashes Cricket. Cricket 19 will feature fully licensed England and Australia cricket teams (both men's and women's teams) and has been dubbed the official game of The Ashes by ECB. Cricket 19 pre-orders are now live on specialist game stores like Games The Shop (which is incidentally, owned by E-xpress) and should be up on the likes of Amazon and Flipkart soon enough.

"One of the things that has always set Big Ant sports titles apart is the sense of community around them," Big Ant Studios CEO, Ross Symons said in a prepared statement.

"Cricket 19 will take that to the next level, allowing you to customise absolutely everything you can see in the game. We are incredibly pleased to be able to work with E-xpress Games to bring Cricket 19 to India. This is one of the most exciting years for international cricket in living memory, and we can't wait to see fans get stuck into the game."

That said, the Nintendo Switch release of Cricket 19 is disappointing. Reason being, the decision was made not to include a game cartridge in the retail physical release according to the official box art. Instead, you'll get a code in box much like Wolfenstein: Youngblood.  It's a disturbing trend we've been seeing with Nintendo Switch games of late with decision makers possibly unaware of how poor the console's Wi-Fi is to begin with.

The ECB has confirmed that Cricket 19 will feature all formats of international cricket and all host venues. This means you should be able to play Test, One Day International, and T20 matches in Cricket 19 at the following venues: Edgbaston, Lords, Headingley, Old Trafford, and The Oval.

This time around, Big Ant Studios has made tweaks to the gameplay to make the game more realistic. Cricket 19's AI engine will figure out your team's weaknesses and target it with a bowling strategy. When batting, Cricket 19's AI will protect weaker players and target gaps in the field.

There are some more interesting features in Cricket 19, such as the ability to create your own scenarios in the game and share them online. This will allow players to set tough targets or ask other players to try and play out a draw from an extremely disadvantageous position. There's also an improved career mode in this game.