Crash Bandicoot: On the Run! Release Date Set for March 2021, Registrations Open on Android and iOS

The first Crash game on Android, and the first in over a decade on iOS. 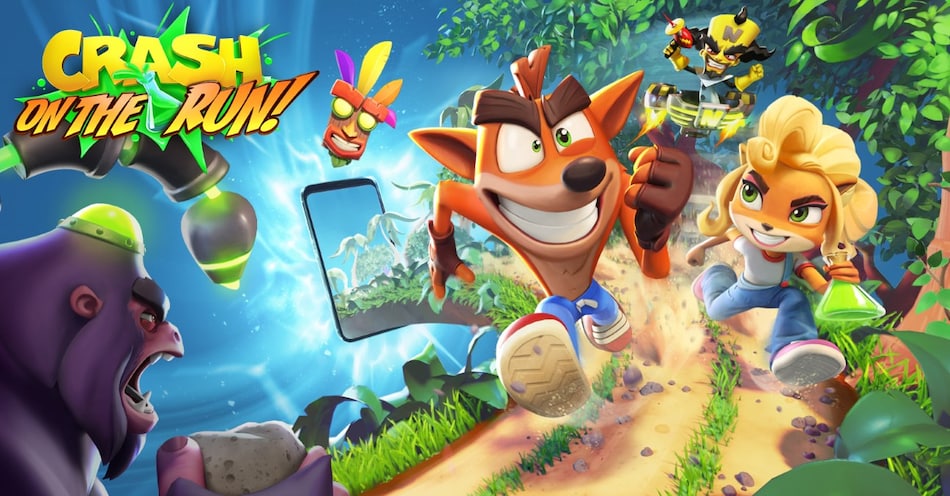 Crash Bandicoot: On the Run!

Crash Bandicoot: On the Run! now has an expected release date: March 25, 2021. Additionally, King — the developer behind mobile games such as Candy Crush Saga — has also opened registrations for its free-to-play Crash Bandicoot game on the App Store, having done so for Android users on Google Play a few months ago. In fact, Crash Bandicoot: On the Run! was soft-launched on Android in select Asian markets back in April. And if you don't want to wait till March next year, there's an iOS beta you can sign up for.

In addition to all the running, Crash Bandicoot: On the Run! will offer access to 12 lands, including Wumpa Islands, Turtle Woods, Lost City, Temple Ruins, and the Lab. You will go up against a total of 50 bosses, including the likes of Scorporilla, Nitrus Brio, Nina Cortex, Dingodile, Fake Crash — and Crash's nemesis, Dr. Neo Cortex. Crash Bandicoot: On the Run! also has base building and weapon crafting elements, not something you'd usually expect to see in an endless runner game. New weapons include the likes of bombs and ray guns.

There's just one issue: King says players must be online to “access” Crash Bandicoot: On the Run!, though it's unclear if that means you will need to be always online to play the game. And of course, since it's free to play, there are in-app purchases that start at Rs. 79 and go all the way up to Rs. 6,900. That's a lot.

For those interested in registering for Crash Bandicoot: On the Run!, head over to Google Play or App Store. The iOS beta registration is available here. You'll be notified when the game is available in your territory and will be rewarded with an exclusive blue hyena skin for Crash.