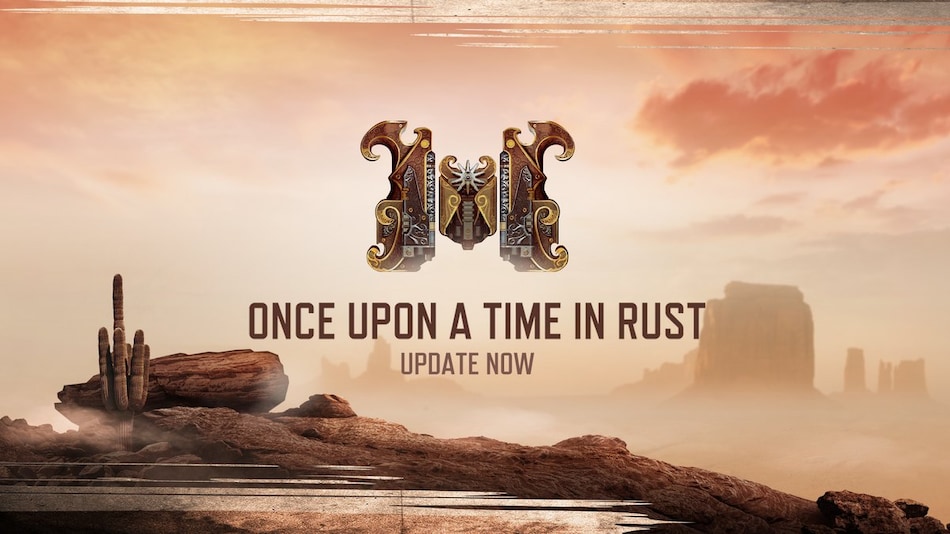 Call of Duty: Mobile has been receiving regular updates owing to the large number of people playing it. It features a similar battle royale game mode as offered by PUBG Mobile and Fortnite, but changes the mechanics a bit. Now, the game has received a new update with version 1.0.12 that brings the new Season 6 titled ‘Once Upon a Time in Rust'. It brings new maps, new game modes, and new Battle Pass content, along with other changes. The update is live on the Play Store for Android users and the App Store for iOS users.

Call of Duty: Mobile version 1.0.12 brings several new features including new characters, weapons, and new Battle Pass rewards for both free and premium tiers. All the changes and new additions were shared on the company's Reddit page. However, the company does state that the update will be rolled out region by region and that some specifics will only be shared once they are released.

Rust is a new map introduced in Season 6 but it was first seen in Call of Duty: Modern Warfare 2. This multiplayer map boasts of close quarters action and has “incredible amount of variety offered through both the design and the many game modes it will be available on.” It will be available in 2v2 Showdown, Rapid Fire, and Hardpoint mode.

Call of Duty: Mobile Season 6 brings several changes to the battle royale mode as well. According to the changes listed under the Battle Royale section, the Aerial platform will not be fixed in one place anymore and can be reached by strategic ziplines. The layouts of Crash, Killhouse, Diner, Standoff, and other locations have been optimised. The armor durability has been increased significantly but Frag Grenades and Cluster Grenades can now bypass armor protection. As stated under 'Enhanced Warfare pace of early game' new weapons have been added in Battle Royale including S36, GKS, Anhilator revolver, some new legendary attachments, and more. The developers also plan to incorporate the Battle Royale mode into gold themed events that will come in May. While the company has not shared details about this, it says there will be teasers within the map so players should look out for them

This new class will be added to Battle Royale in late May. It has the ability to make the player invisible. This will enable players to get the upper hand on unsuspecting enemies as well as escape situations where the odds are against them. But, when the ability is used, nearby enemies will be alerted so players will have to plan accordingly.

Call of Duty: Mobile version 1.0.12 updates the Battle Pass as well with the removal of Battle Pass tasks. This means players will level up their Battle Pass by playing games. There are several other changes including a new Event System, a Monthly Calendar, a new Operator skill called Annihilator, a Battle Royale Class called Poltergeist, and more.

The company has made several optimisations in both multiplayer and battle royale modes. It has also shared the individual dates for when some of the new additions will be made live in Call of Duty: Mobile. The updated game can be downloaded from the Play Store and it is 1.85GB in size. On the App Store, the game is 2.4GB.