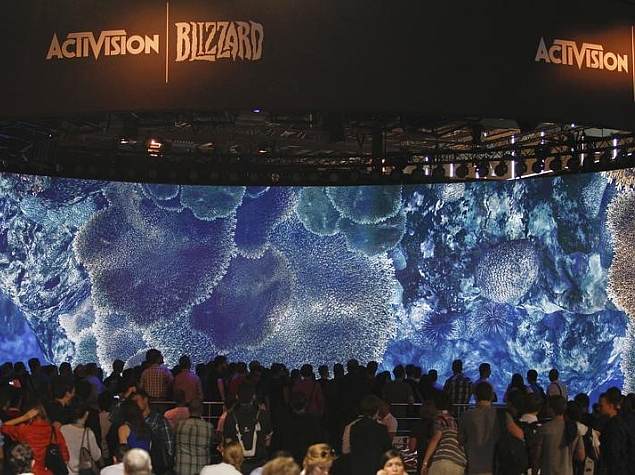 Activision Blizzard Inc intends to spend $500 million developing and promoting "Destiny," potentially breaking industry records as it seeks to build the sci-fi role-playing videogame into its next multibillion-dollar franchise.

CEO Bobby Kotick revealed the number, which dwarfs Hollywood spending on some of its biggest films, during the Milken conference in Los Angeles last week. A company spokesperson said on Monday the number was accurate but also included marketing, packaging, infrastructure support, royalties and other costs.

Activision, eyeing the flagging growth of its long-running "Call of Duty" action-shooter franchise, is eager to lay the foundation for its next multi-game blockbuster series.

Investors hope that "Destiny," scheduled for release on Sept. 9 from Bungie, the same studio that created Microsoft's best-selling "Halo" franchise, could re-invigorate Activision's revenue, which slid 6 percent in 2013.

The company signed a 10-year contract with Bungie in 2010 that gives it worldwide distribution rights and significant control over the potential franchise's development.

"If you're making a $500 million bet you can't take that chance with someone else's IP," Activision CEO told the Milken conference. "The stakes for us are getting bigger."

"Destiny" is a cross between a traditional shooting game format and a role-playing game in which gamers play characters in a real-time online world. The title allows gamers to play "Guardians" who protect the last city standing on a post-apocalyptic Earth.

Analysts said $500 million would likely be a record spent on a single game - especially one without an established track record. To break even, Activision would have to sell about 15 million to 16 million units of a $60 game, analysts said.

"It's a head scratcher, said Sterne Agee analyst Arvind Bhatia. "For brand new IP, it's tough but it could post a big surprise."

Bhatia expects the game will sell 8 million units. "Grand Theft Auto V," which hit stores last September, was a runaway success with over 32.5 million units as of February this year. But it was the fifth installment of a critically acclaimed series that had become an indelible component of popular youth culture.

Record by any name

Some analysts estimate that Take-Two Interactive, the publisher of "Grand Theft Auto," spent over $260 million to develop, produce and market the fifth installment, though it's unclear whether that's comparable with Activision's own $500 million figure.

GTA is on track to reach $2 billion in retail sales, according to analysts.

"Bungie's very ambitious plan is designed to unfold over a 10-year period, "said an Activision spokesperson. "The depth of creative content, scope and scale is unprecedented and is required to bring Bungie's vision to life."

The spokesperson added that investment in the next generation engine and a "robust backend infrastructure are upfront expenditures that should reduce future product development costs."

"Over the long term, we expect the ultimate product costs to be roughly in line with other Triple-A titles."

Activison's big bet comes as hits are getting harder to come by. The industry is struggling with a years-long sales slump, the result of increasing competition from free-to-play games on smartphones and tablets. Video game software sales plummeted 11 percent last year from 2012.

Sales of Activision's 2013 title, "Call of Duty: Ghosts," proved weaker than its 2012 installment.

Over time, Activision's "Destiny" could hit large numbers "but there's no way they would come close to Grand Theft Auto," said Mike Hickey, an analyst at the Benchmark Company.

"We expect 'Destiny' to be Activision Publishing's next billion-dollar franchise," Kotick said when the company released its fourth quarter earnings on Feb. 6.

The company, which reports first-quarter earnings after the closing bell on Tuesday, saw earnings slide 12 percent to $1 billion in 2013. Its revenues dropped to $4.6 billion, from $4.9 billion the year before.

It generates significant revenue from its franchise properties, but many of those are several years old. "Call of Duty" has had a decade-long run while "World of Warcraft" was first released in 2004.

"It's up to management to create new experiences to drive forward growth over a game that could be aging a bit," he said. "I'm not saying 'Call of Duty' is like that, but everyone is concerned about fatigue and competition."