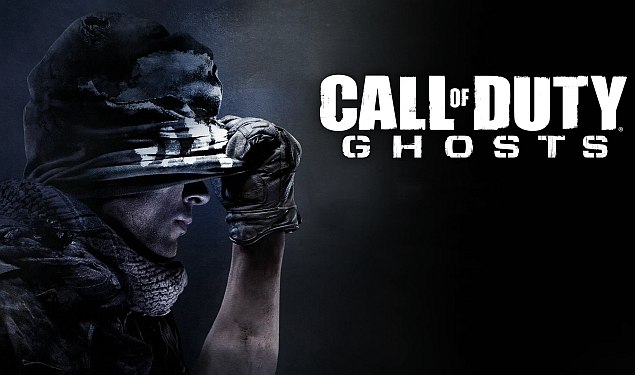 A keenly-awaited sequel to the blockbuster "Call of Duty" videogame franchise is expected to rally armies of zealous players and rack up dizzying sales when it is unleashed on Tuesday.

"Call of Duty: Ghosts" promises devotees of the decade-old franchise new thrills and takes advantage of hot trends in extending console play online and to smartphones and tablet computers.

"The 'Call of Duty' franchise is a perennial favorite because it delivers Hollywood-grade pyrotechnics, online multi-play and the kind of re-playability guaranteed to keep people coming back for months on end," said TekSavvy global videogame analyst Scott Steinberg.

The last version of the military shooter game rocketed to the billion-dollar mark just 15 days after its release last year and "Call of Duty" players have logged some 25 billion hours of online play overall, according to Activision.

"'Call of Duty: Ghosts' continues the tradition of unrivaled game play and innovation that has made 'Call of Duty' one of the most engaging entertainment experiences in the world played by more than 100 million fans," said Activision Publishing chief executive Eric Hirshberg.

The sequel plays out in a virtual United States devastated by a satellite weapons system turned against it by an enemy.

"The United States is the underdog, we've been invaded," Activision vice president of production Daniel Suarez said in an interview.

"The player is a survivor joining with the military to defend against invaders from the south."

Activision made it a priority to provide a gripping storyline along with compelling game play that takes players into space and under water, according to Suarez.

"Infinity Ward set the gold standard for first-person action for a generation, and they're going to do it again with 'Call of Duty: Ghosts,'" Hirshberg said.

California-based Activision Publishing, which is owned by Activision Blizzard, will release "Ghosts" for play on PS3, Xbox 360, Nintendo's Wii U and personal computers powered by Windows operating systems.

Versions of the game will later be available to use on PS4 or Xbox One.

Activision has worked closely with Sony and Microsoft "since day one" to make sure "Ghosts" takes advantage of what the new hardware has to offer, according to Suarez.

"When you look back at 2005 when the original Xbox 360 launched, 'Call of Duty' was the must-have title," Suarez said.

"We want to be the must-have title of this new generation; our game looks amazing on next-generation systems."

Later this month, Sony and Microsoft will release their new videogame consoles, the PlayStation 4 and Xbox One respectively.

"We saw the console transition as the perfect opportunity to start a new chapter for 'Call of Duty,'" said Infinity Ward executive producer Mark Rubin.

Videogame makers are in the tricky position of having to wow fans using PlayStation 3 or Xbox 360 consoles as well as create versions that capitalize on new capabilities in next-generation hardware.

"It is kind of a weird holiday season," Steinberg said.

"Game publishers face a tough challenge," he continued. "When you pull people off to make games for the PS4 and Xbox One, it means resources have been diverted from focusing on the current generation."

"Ghosts" features include letting players essentially create their own characters and gear "load-outs" to the extent that entire squads of customized soldiers can been marshaled.

Online options include cooperative play or pitting squads against one another. Real-life squad mates can trade places at any time with computer generated soldiers infused with artificial intelligence.

"This is the biggest overhaul of multi-player since the original 'Call of Duty: Modern Warfare,'" said Rubin.

Among new twists expected to be hits with players is an "extinction mode."

"We've seen the things that worked in zombies and special ops, and sort of wove them together to make this great alien bad guy," Suarez said.

The global launch of "Ghosts" begins in Australia and will roll through time zones, with about 15,000 shops overall expected to be open at midnight to allow fans to buy the game the moment Tuesday arrives.

"Everyone is excited," Suarez said of the launch. "There is just so much energy going on."
Comments