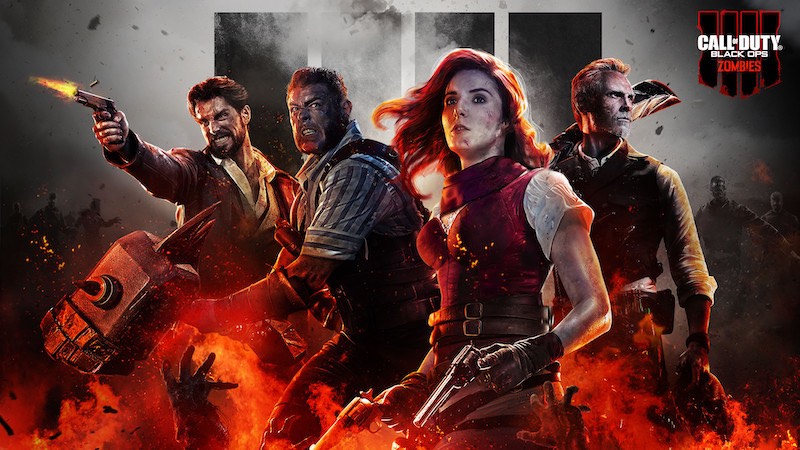 First impressions suggest that the Zombies mode's UI is exceptionally cluttered. Icons on the bottom refer to Odin, Zeus, Danu, and Ra, which may refer to perks. It seemed lower resolution versus other Zombies maps too. There was none of the usual jug, speed cola, or double tap perks either. Gameplay appears to be from the PS4 version of the game. You can check it out here.

Incidentally, it's roughly the same size as the day one update for the game that Call of Duty: Black Ops 4 PS4 and Xbox One disc buyers have to contend with.