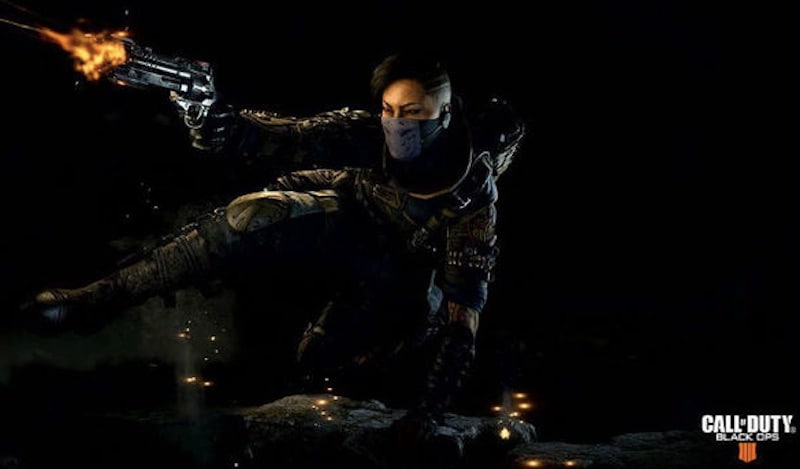 Weapons in Call of Duty: Black Ops 4 will behave differently in Blackout and multiplayer developer Treyarch said. In an interview with Digital Foundry, the Call of Duty: Black Ops 4 creator stated that depending on the game mode you're in, there will be differences in how the same weapon operates in terms of damage, range, and kickback. Reason being, the way players interact with each other across modes differs with multiplayer focussing in close-range combat and Blackout having long-range skirmishes. However Treyarch was quick to admit that this won't mean that a gun's characteristics change completely.

"We tune the weapons appropriately for the mode and they can be different but the spirit and the core of the gun does not change," said David Vonderhaar, Design Director at Treyarch. "This is super important. If this is a weapon that's the most stealthiest weapon in the game, it must be the most stealthiest weapons in both portions of the game. The core heart and soul of a gun will not change but the tuning of it, the damage, ranges, and kickback will change."

The interview also sheds light on some of the game's future plans such as an uncapped frame rate on PC and dynamic time of day the moment server performance is stable.

Previously the studio delved into what to expect in terms of gun handling in Black Ops 4.

Thanks to the inclusion of the Blackout battle royale mode in Call of Duty: Black Ops 4, the gunplay in the game is a lot more tactical than it's been in past entries. The studio stated new gun mechanics such as predictive recoil, wherein each weapon has the same behaviour when fired, depending on the duration on which you pull the trigger or the number of successful shots pulled off, is a result of modes like Blackout.

"We’re really proud of what we’ve done with the weapons – the feel, the look, the tuning, and the balance. A lot of that has been helped out by experimentation in the different modes, including Blackout," Treyarch designer Tony Flame said in conversation with VG247.

Furthermore, some weapons now work on a ballistics system. What this means is bullets actually travel to the target rather than having an immediate impact with hitscan as they did in past games.

"With multiplayer, we’re experimenting with that in the beta – we’ve got kind of a mixed system there, what works best for what gun – so we’re going to see how that works," Flame explains. "It really gives us an opportunity to balance some guns that we traditionally had trouble balancing in Call of Duty.

"For example, submachine guns have always been tough to get right because good players can do really well with them, even at a distance – so we’re utilising ballistics in the beta to counteract that and keep SMGs within their role in that close-to-mid-range engagement. At the longer range, ballistics kicks in and they’re a little harder to use. We’re really excited to see how that affects the meta and makes all of the guns feel good in their role."

Interestingly, this ballistics model was introduced to ensure moment to moment combat feels right for all kinds of players and weapons in maps that favour snipers such as Blackout's huge map.

"[Blackout] is in the same game so there’s going to be systems that cross over," Flame said before stating that gunplay across game modes may not be the same. “Not every system is going to be exactly the same, but the flavour is definitely there. I was thinking of Blackout when [we were talking about] sniping because, as great as sniping is going to be in multiplayer, it’s going to be a whole other beast in Blackout."