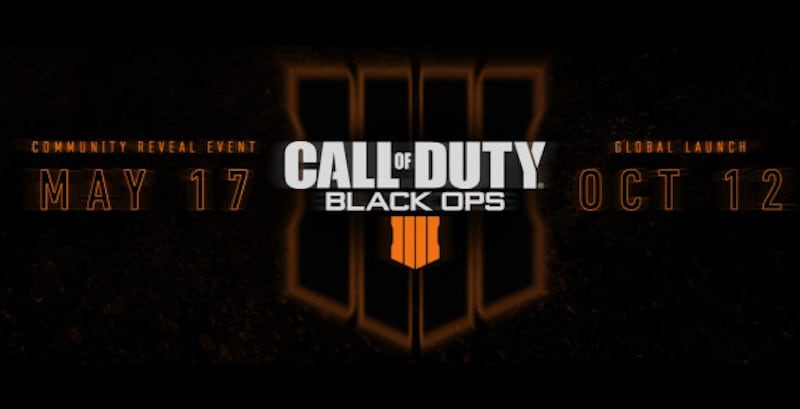 Contrary to a previous report, the game doesn't seem to have a Nintendo Switch release. Tragic considering that the likes of Doom and FIFA have graced Nintendo's hybrid console. No information on its setting has been suggested just yet. Though a previous report suggests that it would have a near future setting.

"The Black Ops storyline so far has covered the Cold War, near future, and a further time period in 2065. In particular, Black Ops 3 had a fully sci-fi focus - something which Black Ops 4 will dial back to better fit the series' recent desire for a more grounded feeling - in response to the negative feedback surrounding 2016's space-set Infinite Warfare," claimed Eurogamer.

Earlier in the week, images from Gamestop's internal database found their way to Call of Duty fan site, Charlie Intel. They reveal Call of Duty Black Ops 4-themed merchandise like t-shirts and lanyards with prices ranging from $6.99 to $19.99 (around Rs. 453 to Rs. Rs. 1,296).

Call of Duty Black Ops 4 Release Date, Logo, and Platforms to Be Officially Revealed Soon
Nintendo Direct for Nintendo Switch and 3DS - How to Watch and What to Expect