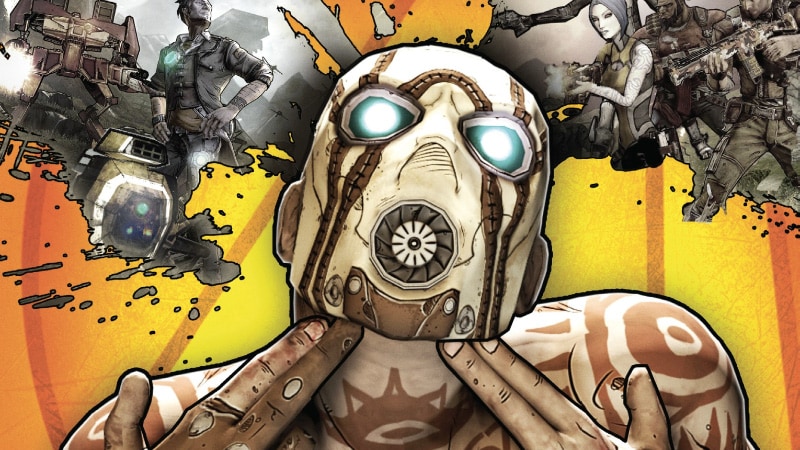 It's been too long since we got a true Borderlands sequel. Since Borderlands 2 originally released back in 2012, we've gotten a 'Pre-Sequel', a Handsome Collection (a compilation for the current generation of consoles), Borderlands 2 VR, and also a Telltale games spin-off - Tales From the Borderlands. Now thanks to a new teaser tweet from the franchise's developer Gearbox Software, it seems that there's a Borderlands 3 that we may be revealed as early as March 28 at PAX East.

The teaser is admittedly quite cryptic, but signs pointing to the reveal are all there. It's a cell-shaded picture that says March 28, Boston MA - which is the date and location of Pax East this year. Further, the cell-shaded art is straight out of the art-style used in Borderlands games. There's also a 3 hidden above the sign that could be an indication that the game we expect to see is Borderlands 3.

What remains to be see is whether the game will be scheduled for a 2019 release or later. The tweet does indicate a similar art style to what was used in the previous games, but it remains to be seen what visual enhancements will be present in the new game.

The Borderlands series of games have been fan favourites because of their witty writing, high-loot driven action-RPG gameplay, and the unique weapon modding ability. We can safely expect these features to return but the big question is what else will Gearbox add in the new game to keep things fresh in 2019. We'll have to wait till March 28 to find out.