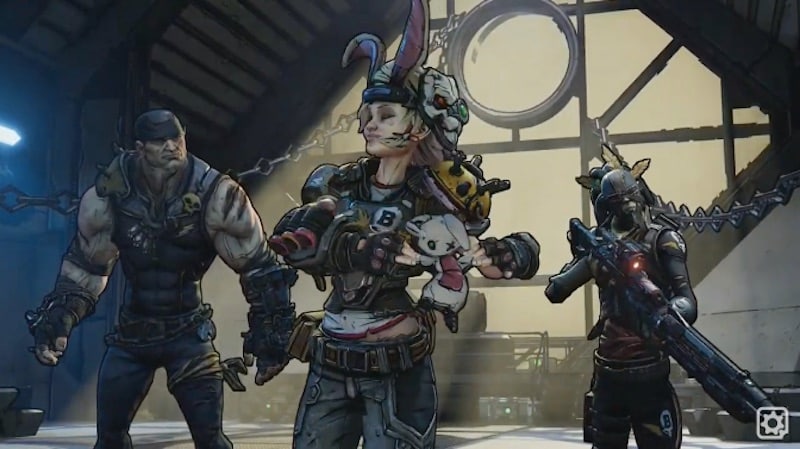 With the Borderlands 3 reveal at PAX East came a Borderlands 3 trailer. Much like the previous 'Mask of Mayhem' teaser, it was filled with references, Easter eggs, and intricate details. One of these hidden gems appears to be the Borderlands 3 release date. According to fans who have scoured through the trailer, the hotly anticipate looter shooter will be out sooner than you think. Possibly soon enough to pre-empt the likes of the next Call of Duty game too.

As per the theory pieced together by a fan on Reddit, the Borderlands 3 release date is October 1, 2019. The logic appears plausible.

And while it's safe to take this theory with a tonne of salt, keep in mind that Gearbox CEO Randy Pitchford has said that the Borderlands 3 release date will be revealed on April 3.

The release date will be locked in and revealed on April 3.

Amusingly, it appears that the Borderlands 3 leak was pretty accurate barring the return of Handsome Jack. Pitchford confirmed he won't be back. Here's what we know about the game so far.

This wasn't addressed during the game's reveal. Prior to this, Borderlands fans came across a tweet from Gearbox CEO Randy Pitchford that said he was "excited to support the Epic Games Store." Some of them felt this to be a hint that Borderlands 3 on PC would be exclusive to the Epic Games Store and asked Pitchford if this was the case. And his response raised more questions than answers.

It will be interesting to see what happens when the game is eventually announced. Epic Games has shown an appetite to snag big budget PC games such as Metro Exodus and The Division 2 away from Steam and while Borderlands 2 continues to be played by plenty on Steam, it would be a poor decision on Gearbox's part to make its sequel exclusive to any single PC game store. Safe to say it would be on both platforms.