What Is Blue Box? A Vast Conspiracy Around Hideo Kojima Grips the Video Game World

An elaborate theory claims that the game does not exist and that it’s actually a secret project from Japanese game maker Hideo Kojima. 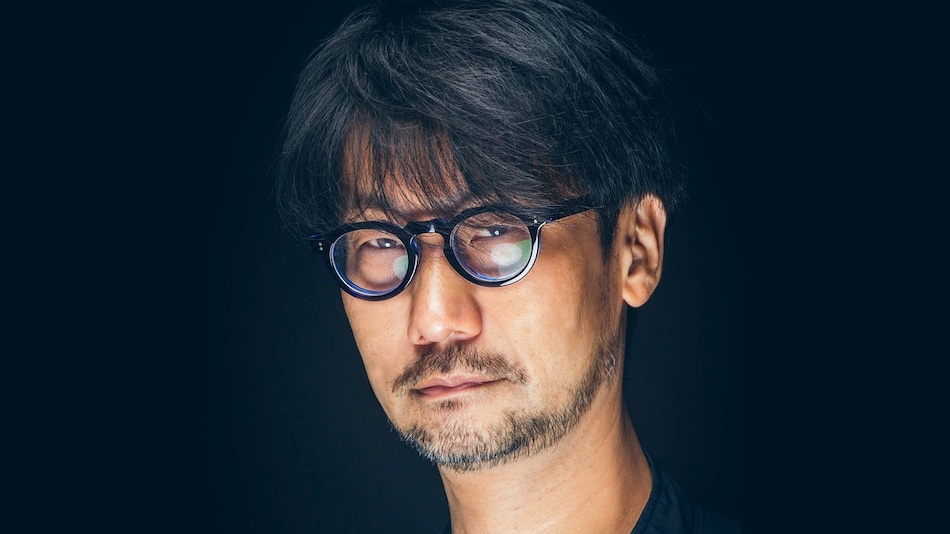 Tens of thousands of people are coordinating online in search of clues surrounding what's either a series of curious coincidences or a conspiracy led by one of the world's most celebrated video game directors.

It starts with a PlayStation 5 game called Abandoned. In April, Sony unveiled the project from a small Dutch company, Blue Box Game Studios, with scant details. From there, an elaborate theory emerged that the game does not exist and that it's actually a secret, new project from the beloved and eccentric Japanese game maker Hideo Kojima, creator of the Metal Gear series.

Followers set up a community on Reddit to examine the mystery. It now has more than 5,000 members. The hype was fed, in part, by Kojima's mythic record of stunts and gamesmanship. In the past, the video game legend has generated fake companies and hired actors. To some, the various comments and actions of Hasan Kahraman, the head of Blue Box, have contained strange discrepancies and seemed to fit within Kojima's patterns.

In an hour-long interview with Bloomberg, Kahraman attempted to demystify several of the assertions underlying the conspiracy: His game has no connection to Kojima; his studio consists of “a network of friends;” and he is a trained game developer, not an actor, he said.

A piece of new evidence supports that last point. Kahraman has regularly posted for the last three months on a forum for Unreal Engine game developers, answering questions and responding to others, according to screenshots shared with Bloomberg by a game developer unrelated to any of this who asked not to be identified because the forum is private.

The truth, as Kahraman tells it, is far less intoxicating. An unknown company is awkwardly navigating a big opportunity to capitalize on an unexpected surge of interest and to do so without alienating Sony or betraying promotional agreements.

“It doesn't matter how much I try to debunk all this,” Kahraman said by phone. “People don't believe it. They just expect something that's not out there. It bothers me.”

We wanted to set things straight. We have no relations with Konami. Silent Hill is owned by Konami. We do not have any relations with Hideo Kojima. It was never our intention to tease the name as Silent Hill. We sincerely apologize for this.

A conspiracy theory can come from anywhere. Often, as with the moon landing, the assassination of John F. Kennedy or Sept. 11, it grows on the fringes of a major event. But sometimes, it can seemingly spring out of nowhere and spread, especially in the internet age, with ferocity.

Blue Box is more innocuous than the others but grew practically as fast. It's driven by a long list of possible connections between Hasan Kahraman and Hideo Kojima. Some of the supposed links are spurious, but others are more convincing. The two men share initials, and the name Kahraman in Turkish translates to Hideo in Japanese, according to Google Translate.

These beliefs have gained traction due to Kojima's history of hosting elaborate marketing stunts to unveil games. The trailer for Metal Gear Solid V: The Phantom Pain was first shown in 2012 with a mysterious video featuring a logo for an imaginary company called Moby Dick Studio. Kojima even hired an actor to play the company's fictional chief executive officer, Joakim Mogren, for an interview. Joakim is an anagram for Kojima, reflecting the director's penchant for playing with pseudonyms.

Next, Kojima used another fake company name for a 2014 game demo called P.T. When players completed the demo, they were treated to a teaser for a new game in the horror franchise Silent Hill, billed as a collaboration between Kojima and film director Guillermo del Toro. The project was canceled a year later as part of an acrimonious split between Kojima and his former employer, Konami.

Suspicions about Blue Box started almost immediately after it announced Abandoned in April, but they went into overdrive last week following a since-deleted Twitter post from the company. The tweet said Abandoned was a code name and that the final title would start with an S and end with an L. This stoked speculation that the game would morph into Kojima's long-awaited new Silent Hill game, propelling a two-month-old trailer to more than a million views on YouTube.

Over the past few days, Reddit sleuths have only hardened their convictions. The original Sony blog post for Abandoned was full of red flags. It promised realistic graphics at 4K resolutions and frame rates of 60 per second, benchmarks that would be difficult to hit for the most established game studios, let alone a tiny one like Blue Box. Sony didn't respond to a request for comment.

As the days went on, fans discovered more oddities. Blue Box claimed to have a team of more than 50 people working on the game; yet, LinkedIn showed no employees other than Kahraman. Blue Box also said the game will be revealed through a PlayStation 5 application designed as an interactive trailer, which has never been done before.

The situation grew stranger when Geoff Keighley, a video game personality who interviewed Kojima's fake CEO in 2013 and has helped reveal many of the director's games, hinted on Twitter that he would be involved in the unveiling of Abandoned. Keighley, a longtime friend of Kojima, did not respond to a request for comment.

In the interview with Bloomberg, Kahraman said he has been making games since he was a kid. He hasn't had much success.

Blue Box tried to raise just under $12,000 (roughly Rs. 8,90,000) from a Kickstarter campaign in 2015 to make a horror game called Rewind. The crowdfunding project ended with $207 (roughly Rs. 15,400) in pledges. Kahraman canceled the Kickstarter, writing that Rewind would be “fully funded by a private investor,” but the game never came out. A different game connected to Blue Box was buggy and poorly received when it debuted last year.

Speaking with a Dutch accent, Kahraman said Abandoned has been in development since 2017, although the “concept was changed a lot of times.” He said the Blue Box team consists of 10 people and that he had outsourced work to several other studios, which accounted for the 50 figure he mentioned earlier. He said he'd attracted the attention of Sony in 2015 following that failed Kickstarter.

But the conversation raised many more questions. Kahraman would not make other members of his team available for interviews and would only identify one, who didn't respond to a request for comment. Kahraman said he had signed a contract with Sony but wouldn't offer specifics. He also said the game was funded by investors but wouldn't say who. “There is a reason for that, but I really can't talk about it,” Kahraman said.

Kahraman named two of the “six or seven” outsourcing companies that he said Blue Box is working with: Nuare Studio and Dekogon Studios. Representatives for both companies declined to comment. In a follow-up message, Kahraman said he plans to hold a live-stream video soon to answer questions and show the faces of his team. “People need it. Fast,” he said.

All the attention on Kahraman's game could turn out to be a curse. The makers of Cyberpunk 2077 and No Man's Sky each made outlandish statements about what their game would be capable of and failed to deliver at launch. The hype turned to vitriol when the products were finally released. Kahraman said Abandoned would be properly revealed within the next month and that he hoped it would put an end to the conspiracy theories: “If people still continue to believe in this rumor, that's up to them.”