Beyond Good and Evil 2 Revealed at Ubisoft E3 2017 Event 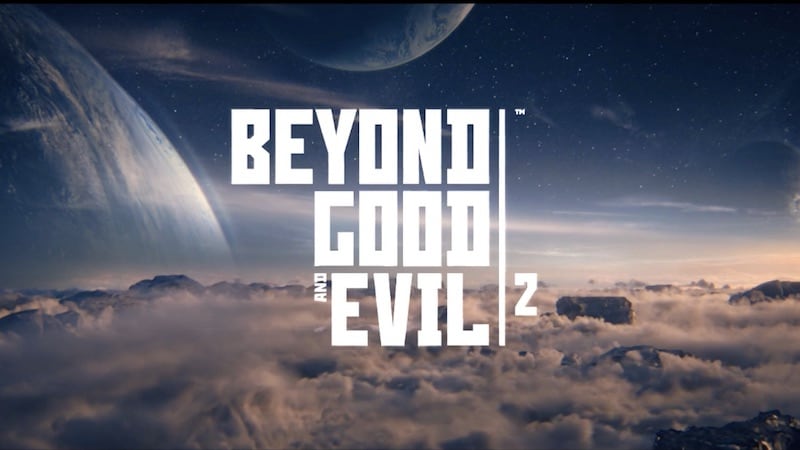 Beyond Good and Evil 2 was the last game to be shown during the action-packed Ubisoft event at E3 2017. It is set in futuristic science fiction world full of spaceships, flying cars, and bikes. The cinematic trailer showed a monkey smuggling a disc from a pig and fighting off people chasing him. The disc contains the map to a place called Moksha, just as “Yama described it”, which appears to be a reference to Hindu mythology, and is the road to freedom.

The story is set in a multi-ethnic and multi-racial society who fight to determine their own fate and for freedom. Beyond Good and Evil 2 promises a cast of unforgettable characters including the space monkey described above. You can sign up for a beta today but Ubisoft did not reveal a release date during the event.

Ancel hinted at a living breathing world, which could imply that Beyond Good and Evil 2 could be a connected, online experience. Previously it was suggested that the game would be exclusive to the Nintendo Switch for a period of time. This doesn’t seem to be the case right now. With Ancel working on Beyond Good and Evil 2, we wonder what this means for his game with Sony called Wild that was announced a couple of years ago.

Far Cry 5 E3 2017 Gameplay Trailer Has Dogs Collecting Guns for You
Ataribox Teaser Could Be for Atari's Next Console; No E3 2017 Reveal