Wolfenstein 2 The New Colossus, The Evil Within 2, Skyrim for Nintendo Switch, and Everything Else Announced at Bethesda’s E3 2017 Showcase 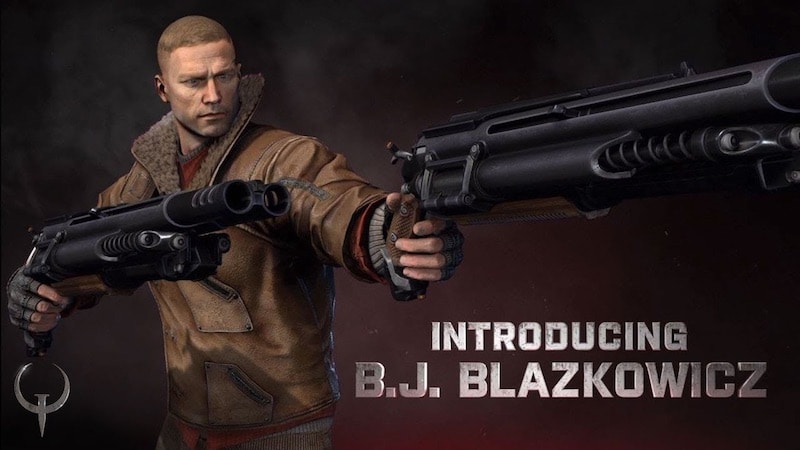 Bethesda’s E3 2017 Showcase began with a montage of games the company has released recently, including Doom, Fallout Shelter, Fallout 4, Skyrim Special Edition, Prey, and Dishonored 2. The company then spoke about its virtual reality (VR) game projects, starting with Doom VR. Everything that Bethesda showed at the E3 2017 event either has already released or will be released sometime in 2017, the company said. Here’s a quick roundup of everything that was shown.

Finally, Bethesda showed off Wolfenstein 2: The New Colossus, revealing its release date. The game shows B. J. Blazkowicz leading the resistance and trying to organise a revolution in a Nazi-controlled America.

Other crucial gameplay events revealed were a bulletproof helmet that Blazkowicz wears. The setting is World War era with Americans fighting the Nazis. The gameplay footage showed some good old, first-person shooter mechanics with Blazkowicz on foot at times and inside a mech suit at others.

Then Bethesda showcased some of its upcoming games. The first of these is The Evil Within 2, where man called Sebastian tries to rescue his daughter Lily. It’s important to note that even this game had mostly cinematic footage with little gameplay. This game is releasing on October 13, which happens to be a Friday.

The Elder Scrolls V: Skyrim became the first Bethesda game to be announced for the Nintendo Switch. Bethesda showed that it works just as well with Joy-Cons in the demo video. There was no release date for this game, but like everything else in this event, it will release this year, Bethesda said. Until that happens, you can read our review of The Elder Scrolls V: Skyrim Special Edition and see what to expect.

Dishonored: Death of The Outsider DLC

Dishonored got a new DLC, which is releasing on September 15. The game demo showed some awesome stealth-killing cinematic footage. From the title you may have guessed that this epic tale of revenge now goes to the doorstep of The Outsider, and that is why this DLC looks exciting. From a story and narrative standpoint, this DLC is quite significant for fans of Dishonored and Dishonored 2.

Bethesda announced that there have been over 300 million downloads of user created Bethesda Mods since the program was begun. It announced the Bethesda Mod Creation Club which is scheduled for a summer release.

This adds a collection of new content for Fallout 4 and The Elder Scrolls V: Skyrim. This includes new weapons, new armour, new crafting, accessories, and gameplay enhancements. Creation Club content is made by Bethesda and outside creators, and will be fully compatible with your existing save games, achievements, and addons. It’s coming to Xbox One, PS4, and PC this summer.

Creation Club is a collection of all-new content for both Fallout 4 and Skyrim. It features new items, abilities, and gameplay created by Bethesda Games Studios and outside development partners including the best community creators. Creation Club content is fully curated and compatible with the main game and official add-ons,” claims a YouTube description for it. With the mention of “credits to download” in the trailer, could Bethesda be trying to monetise on community content?

Bethesda is doubling down on e-sports with Quake Champions, which we’ve played a bit of. Bethesda introduced a new character called B. J. Blazkowicz. You may be familiar with the character if you’ve ever played Wolfenstein. Bethesda announced the first Quake World Championship, starting August 29 in Dallas with $1 million in prize money up for grabs.

Doom was one of the best first person shooters of 2016 and now it will be available in VR. Called Doom VFR, the game brings the best of Doom to virtual reality headsets, with the first-person shooter feeling even more immersive.

Fallout 4 is a full-length open-world role-playing game, now available in VR. From the footage it looked just as immersive as the PC and console version, if not more.

BSNL to Install 25,000 Wi-Fi Hotspots at Rural Exchanges Across India
The Evil Within 2 Release Date Announced With Lengthy Gameplay Trailer: Bethesda at E3 2017