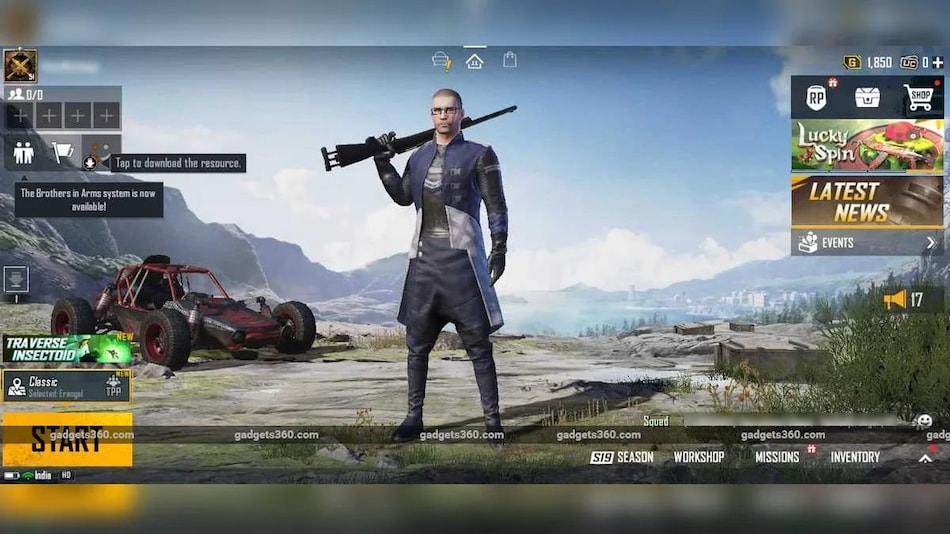 Battlegrounds Mobile India is free-to-play on Android and iOS

Battlegrounds Mobile India September 1 patch addresses several issues in the game. Developer Krafton has shared patch notes for the update on the game's official website and has said the patch will be applied when restarting the game. Battlegrounds Mobile India is the Indian avatar of PUBG Mobile, which was banned in the country in September last year. The new game was released officially on July 2 and has since crossed 50 million downloads on Android.

Krafton has been releasing regular patches for Battlegrounds Mobile India to improve the gameplay experience and address some of the issues that players have been facing. The latest September 1 patch brings fixes for two issues including footprints and shot direction indicators not showing on the mini-map in custom matches, as well as some of the in-game texts not showing up correctly. The patch was released on Wednesday and Krafton said it will be applied on restarting the game.

The developer continues to emphasise that players should report any bugs or issues they face in Battlegrounds Mobile India by contacting customer service in-game. Players will be required to share details such as reproduction steps, character ID, and device information. To access customer service, head to Settings > Basic > Customer Service.

Krafton also recently banned 195,423 accounts permanently for using illegal programmes that give them an advantage over other players.