Battlegrounds Mobile India (BGMI) will feature in-game content based on Arcane through version 1.7 later this month. 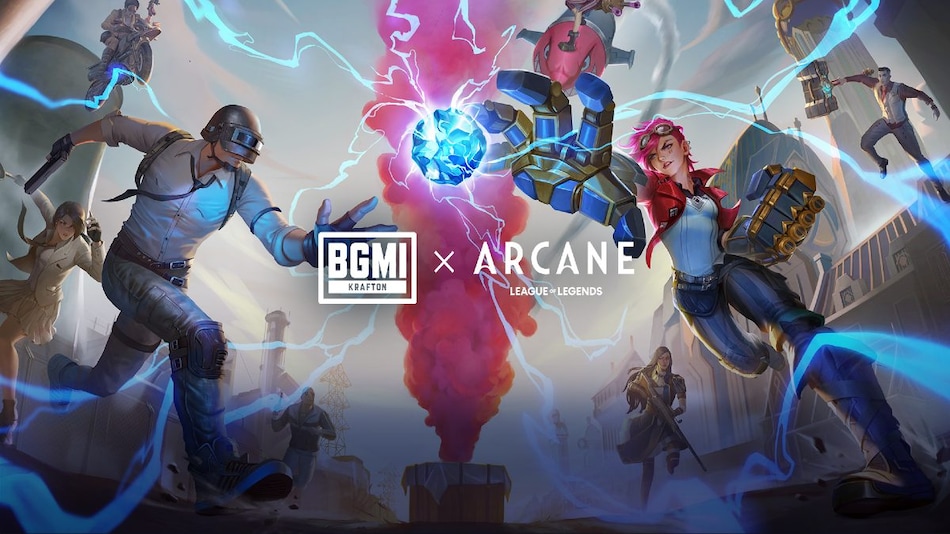 Battlegrounds Mobile India (BGMI) is getting characters, items, and locations from Riot Games' upcoming series Arcane through an update in the middle of November. BGMI publisher Krafton has partnered with game developer and publisher Riot Games to offer the exclusive in-game content. Arcane debuted on Krafton Video in China and Netflix globally earlier this month. The TV series is based on the League of Legends universe and follows the origin of the two existing League champions — set in the utopian Piltover and the underground of Zaun.

Arcane's characters, items, game modes, and locations will come to fictional island Erangel along with new gameplay elements in Battlegrounds Mobile India (BGMI) version 1.7, the publisher said in a press statement. The update will be released later this month, though exact details are yet to be revealed.

Krafton has detailed some of the features that are coming through the BGMI version 1.7.0 on social media. It will include a new theme mode called Mirror World that will take gamers to Mirror Island. This will allow you to replace your existing character to one of Arcane's — such as Vi, Jinx, Jayce, or Caitlyn. There will also be Arcane Monsters from the League of Legends show across Erangel. Additionally, you will get in-game content including hexcrystal which can be used to redeem supplies.

The November update will bring a Piggyback function that will allow gamers to carry their knocked-out teammates or enemies. Further, it will enable a Survivor Number Notification to show the number of survivors in each player zone. The game will also get a smoke grade effect that you will see when throwing a grenade in the game.

BGMI's November update will also get features including grenade indicator, jump button as a climb button, and a Hard level in the AI setting.

Similar to BGMI, the original PUBG Mobile has received version 1.7 update with Arcane-specific content. It was teased earlier this month.