Battlegrounds Mobile India players will need the Facebook app to play the game after October 5. 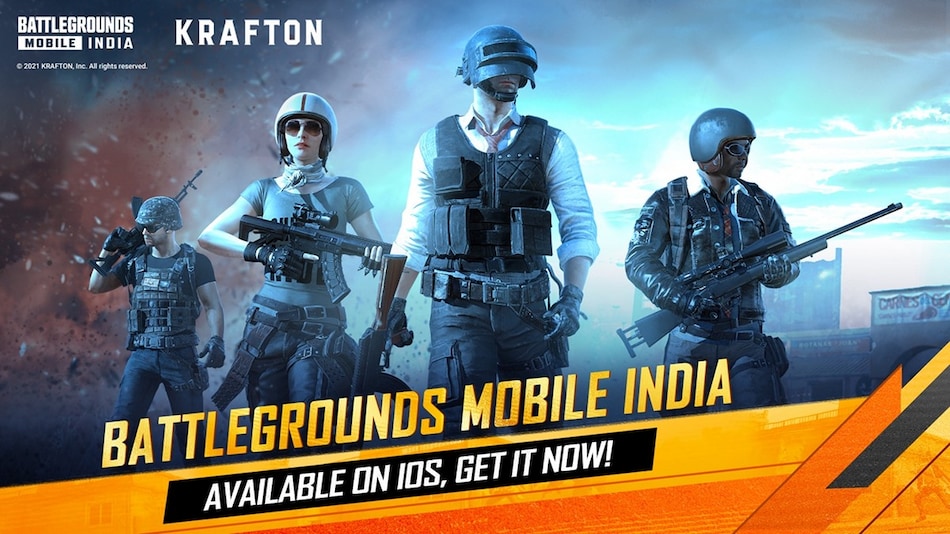 Battlegrounds Mobile India will soon shut down data transfers with Facebook accounts due to a policy update. Ever since its launch, the game allowed its users to transfer their data from PUBG Mobile to the new game using Facebook and Twitter accounts, given that players used the same accounts in PUBG Mobile. Developer Krafton has also announced the winners for its Get Ready To Jump event that ended on July 30. It has also shared that around 195,500 accounts have been banned between August 20 and August 26 for hacking.

PUBG Mobile was banned in India back in September 2020 and was resurrected in the form of Battlegrounds Mobile India in July this year. The game allowed players to carry over their progress and data from PUBG Mobile. Those who used their Facebook or Twitter accounts to log in to PUBG Mobile could use the same accounts in Battlegrounds Mobile India and have their data transferred to the new game. Now, Krafton has announced it will be shutting down Facebook account data transfers from September 28.

The reason for this, as per the developer, is that there is a policy update related to the Facebook software development kit (SDK) which disables logins with Facebook accounts through the embedded browser in Android devices. Those who wish to carry over their PUBG Mobile data to Battlegrounds Mobile India through Facebook should do so before September 28. iOS users are unaffected by this development.

Additionally, Battlegrounds Mobile India players will also be required to install the Facebook app to log in to the game after October 5. Without the app, players will not be able to play the game using the embedded login browser. If you already have the Facebook app installed, this development shouldn't be an issue for you. Players who log in via Twitter will remain unaffected.

Furthermore, Krafton has shared a list of the 150 winners for the Get Ready To Jump event that ended on July 30. The winners will be contacted via in-game mail for the distribution of prizes that include Battlegrounds Mobile India branded bandana, backpack, cap, metal badge, mobile ring, mug, slipper, t-shirt, and wristband. For the event, participants needed to share a short clip of under one minute that shows their avatars jumping and gliding to their destination.