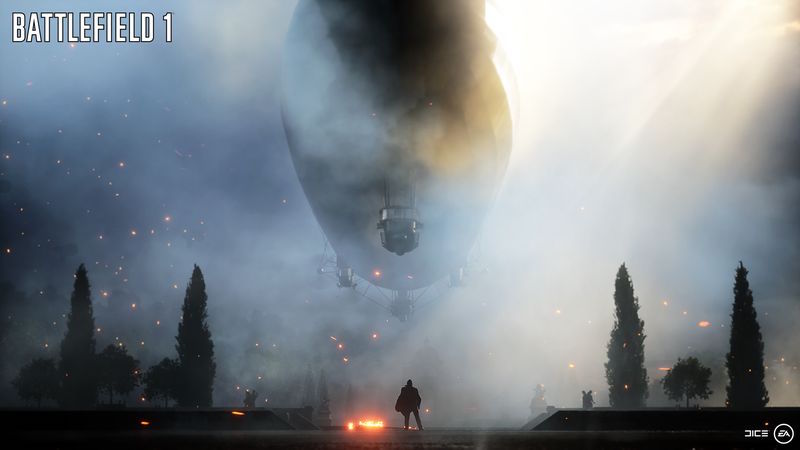 At EA's Battlefield world premiere event the company finally confirmed what was leaked hours ago. Its latest first-person shooter is called Battlefield 1 and is set in World War I. The trailer showed off trench warfare and melee combat along with what to expect from the game's vehicles such as biplanes, zeppelins, and tanks.

Also of interest is that the game will be playable on the Xbox One and PC first via EA Access which lets consumers play a host of EA games both new and old for a monthly subscription. We won't be surprised if there's more to partnership between EA and Microsoft in order to rival Activision's partnership with Sony for Call of Duty: Infinite Warfare.

What was remarkable was that the entire game trailer was based on "in-engine" footage, which is indicative of what you could expect when the game hits later this year. It looked surprisingly good with varied locations across the world include deserts and giant fortresses. There will be a single-player campaign as well as the all but obvious multiplayer modes. The game releases on October 18 this year if you buy what's being touted as the "Early Enlister Edition", else you'd have to wait for three days before you can play it. Unless of course, you have an EA Access subscription, wherein it should be playable a week prior to release.

The presentation also took potshots at Call of Duty with one of the developers stating that "it's the dawn of modern warfare", possibly alluding to one of Activision's biggest hits, Call of Duty: Modern Warfare.