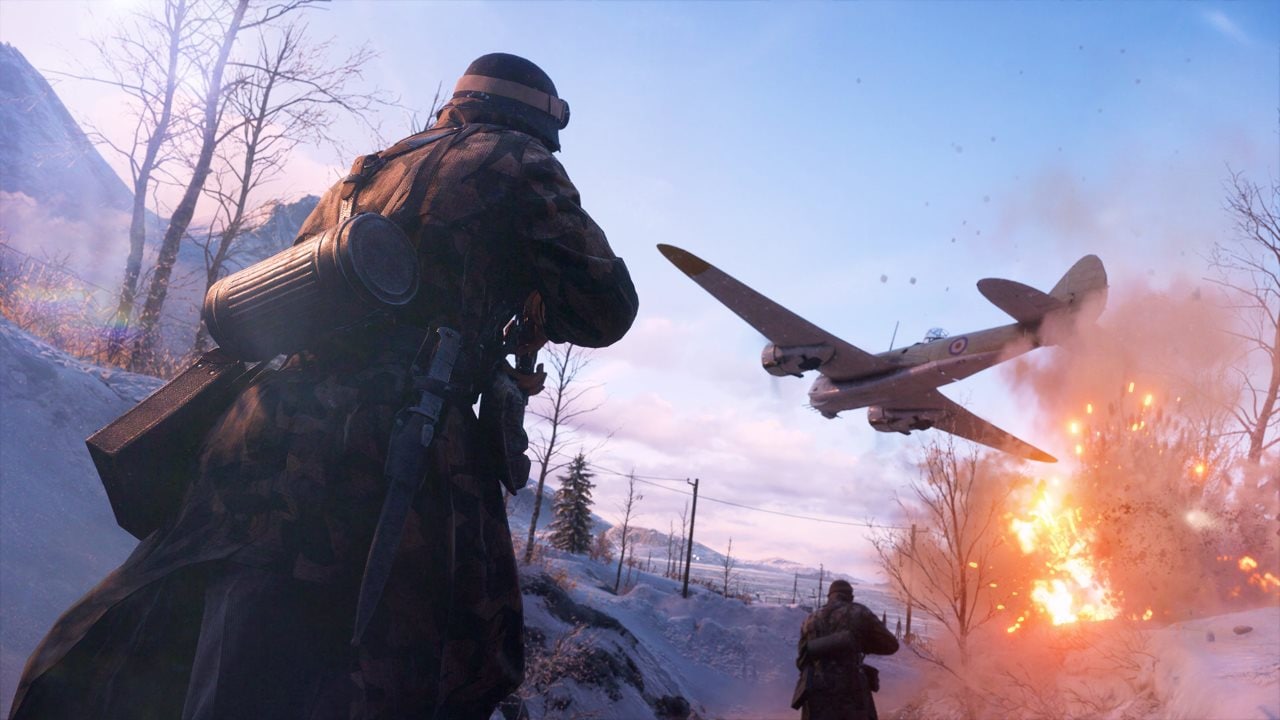 Battlefield V won't be any threat to Fortnite, PUBG, or Call of Duty: Black Ops 4's Blackout mode. Well, at launch at least. Developer Dice and publisher EA have confirmed that Firestone, the battle royale mode for Battlefield V won't be ready until next year. While EA had never committed to a day one launch for Firestorm, it was perceived to be much closer to completion than it has now been known. Firestorm isn't the only thing absent from Battlefield V, even the game's cooperative mode will be missing until March 2019.

This is yet another setback to a mode that appears to be shoehorned into Battlefield V to begin with. Earlier it was confirmed that Firestorm will have all of 64 players rather than the standard 100-player modes of Fortnite and PUBG.

"During spring, DICE and Criterion [developer of the Firestorm mode] start the fire with Battlefield V's battle royale experience," reads a statement from EA. "Firestorm elevates the mode by bringing in the best of what Battlefield is known for. Mix a shrinking playing field with trademark Battlefield elements such as team play, powerful vehicles, and destruction, and you get many unique Battlefield moments coming your way."

Previously, the latest instalment in EA's long-running military shooter series was slated for an October 19 release date. This has been changed to November 20 to make "final adjustments to core gameplay" according to a post on EA's official Battlefield V website. Some of these improvements will be making their way over to the Battlefield V open beta that's slated for September 6. These include "adjusting the gameplay tempo, improving soldier visibility and reducing player friction." EA claims that a lot of these will be present in the Battlefield V open beta.

"With the open beta just around the corner, we are excited about the millions of you who will join us and experience the game. And we fully expect to see even more feedback coming our way. And that's why we're moving our launch date. We're going to take the time to continue to make some final adjustments to core gameplay, and to ensure we really deliver on the potential of Tides of War," the post from EA read at the time.

We won't be surprised if gameplay tweaks aren't the only reason. With Fallout 76, Red Dead Redemption 2, and Call of Duty: Black Ops 4 out around the same time as the previous Battlefield V release date coupled with reportedly lacklustre pre-order numbers, EA needs all the time it can get to ensure Battlefield V doesn't suffer the same fate as Titanfall 2.