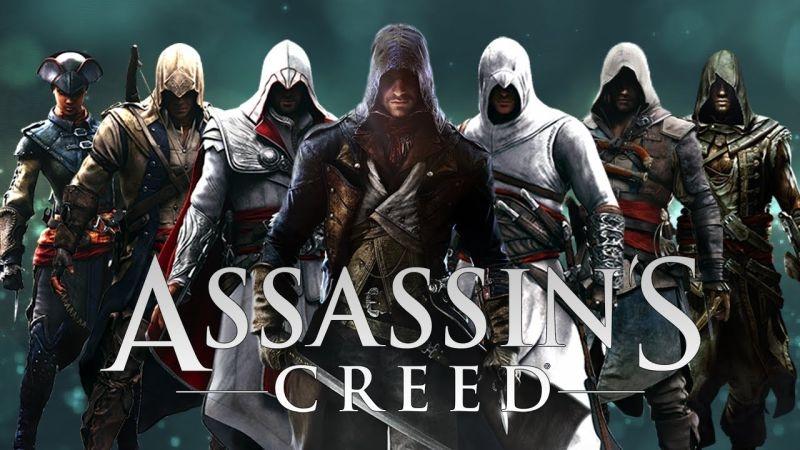 E3 2017 saw Assassin’s Creed Origins officially announced. In fact, it showed up at the Xbox One X E3 2017 reveal. No surprise considering that Ubisoft and Microsoft have worked together on past games in the series such as Assassin’s Creed Unity.

The Assassin's Creed Origins gameplay trailer showed off what you can expect when the game hits on October 27, including an assassination mission with combat not too dissimilar to The Witcher 3.

With that in mind, here’s a comprehensive list of everything we know about the next game in the series compiled from the leaks on Reddit and NeoGAF, which more or less adds up to what we saw of the game after Ubisoft's E3 2017 conference.

It seems that Assassin's Creed Origins has been built for Xbox One X. This means you can expect to play it native 4K resolution, although the frame rate is yet to be ascertained. It's unclear if the PS4 Pro would be able to do the same. According to Game Informer:

"Assassin's Creed Origins is among the first games to support Microsoft's new Scorpio console, and we got some hands-on time with it to see if the game is noticeably improved on the more powerful hardware. On PC, our demo was running at a fairly steady 30fps. On Scorpio, the frame rate felt more consistent, even at 4K resolutions. Other than that, it was difficult to see a huge improvement in our demo. The monitor was fairly small, so unless we pressed our faces against its glass, we'd be hard-pressed to notice a tremendous difference from the standard version we'd been playing earlier.

Ubisoft said it got the game running within weeks of receiving their development kits, which speaks to the ease at which developers may be able to get their games ported to Scorpio. It is important to note that both versions of the game are still being optimised, so what we experienced might not be the final product. Still, it was great to see a game running on the new hardware, even if it's ultimately too soon to make anything close to a final verdict."

According to Ubisoft, Bayek is the protagonist of Assassin’s Creed Origins and as the game’s title implies, he’ll be responsible for forming the Assassin’s Creed brotherhood. But he’s not the only playable character. There’s more than one and Ubisoft is keeping that a secret for now. The game takes place during the ascent and reign of Cleopatra.

“In our case, we wanted the story of one man who was already grown up but had to adapt himself to changes. And as developers we get older too. We wanted to be accessible to a younger, audience, but the story we wanted to tell was the story of a man in his 30s – almost mid-life for the time – and having to make some huge choices to change his life in order to change the world,” said Ubisoft’s Ashraf Ismail to Game Informer. “He's on a mission that will eventually lead to the formation of something that has tenets and a creed.”

What’s more is, Bayek isn’t an assassin when you start the game. Ismail adds:

“He's not an assassin right now. He's building toward it, but the whole point of how does the creed, how do the assassins creed come to be. The idea is that it's not only one day they decide to do it. It's a journey. It's a journey that brought them there, and it's a progressive thing that he's going through. It's things he learns through doing his questions, through meeting different people, through understanding the world he lives in and what's happening to his world."

The Assassin's Creed Origins India price is Rs. 3,599 in India for the standard edition on PS4 and Xbox One.