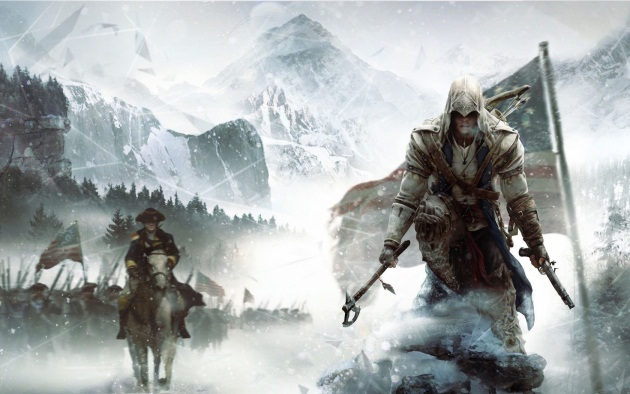 French videogame titan Ubisoft on Thursday said that pre-orders for the latest installment in its blockbuster "Assassin's Creed" franchise have set a new company record.

Advance orders for "Assassin's Creed III," being released on Tuesday for play on Xbox 360 or PlayStation 3 videogame consoles, were more than double those seen for the title's predecessor, which set a new high last year.

"This is the biggest launch in the company's history by two," said Ubisoft senior vice president of sales and marketing Tony Key. "We are excited."

The fifth installment in the franchise will star a new hero and move the story from Europe to the US colonies during the American Revolution.

"You're going to be blown away," said Ubisoft chief executive Yves Guillemot.

"Assassin's Creed III features the franchise's most expansive setting so far, along with an exciting new hero and exponentially more gameplay."

The videogame was developed by Ubisoft Montreal and six of the France-based company's other studios.

The hero in "Assassin's Creed III" is Ratohnhake:ton, described as being part Native American, part English and an 18th Century member of a line assassins that players were introduced to when the first game was released in late 2007.

Play is set in the context of genetic memories relived by a modern day descendant of a legendary line of assassins.

A hallmark of the franchise has been "historical fiction" that blends rich details from past centuries with fantasy characters locked in a battle between assassins and Knights Templar hunting for a mysterious orb of great power.

"Pre-orders for 'Assassin's Creed III' at GameStop are nearly 100 percent higher than last year, putting the game on track to be one of the top titles of 2012," said Tony Bartel, president of the major US videogame retail chain.

Ubisoft is moving into the film business with an adaptation of "Assassin's Creed" sidestepping the Hollywood movie machine by producing the film itself.

With rising star Michael Fassbender of "Prometheus" and "X:Men: First Class" fame signed on to play the title role, the film will be the first produced by Ubisoft Motion Pictures, a division set up by the Paris-based firm.

"Ubisoft has decided to never sell its licenses because it wants to have creative control," Ubisoft Motion Pictures CEO Jean-Julien Baronnet told AFP.

"There are strong licenses and investments in important games that require us to diversify sources of franchise value and synergies."

The firm provided no details about a possible director or release date for the "Assassin's Creed" film.