Assassin's Creed 3 Remastered Announced, Releasing on PC, PS4, and Xbox One on March 29 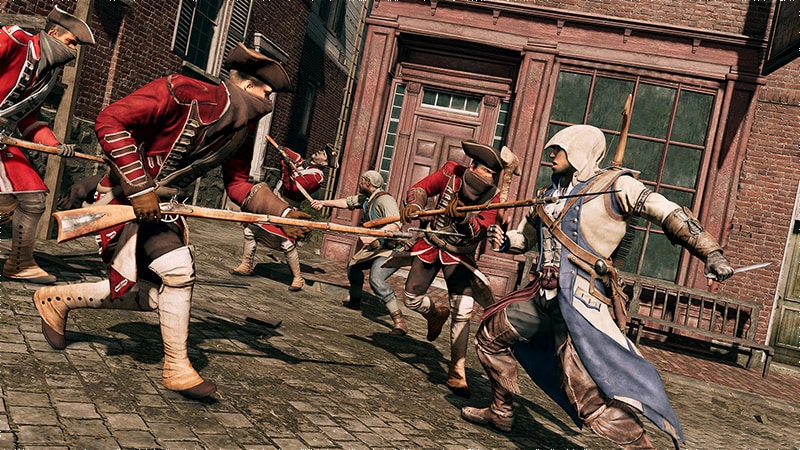 No announcement made for a Nintendo Switch release yet

Ubisoft made this surprise announcement in a tweet that said "Assassin's Creed 3 Remastered is coming to Xbox One, PS4 & PC on March 29!" with the announcement trailer embedded.

As you can see from the trailer, the game gets a 4K visual upgrade with HDR support and an overbearingly warm visual tone. Assassin's Creed 3 Remastered will include all the DLC content that came after its first launch. This includes the Benedict Arnold and Hidden Secrets missions, the "Tyranny of King Washington" alternate storyline, and a remastered version of Assassin's Creed 3: Liberation that's based on the freedom struggle in New Orleans in the 18th century.

The game will be out on March 29 on PS4, Xbox One, and PC. Interestingly Ubisoft seems to have skipped the Nintendo Switch for this remaster, which seems to currently be a platform of choice for remastered game releases.

Ubisoft had released the Ezio Collection for the same lineup of platforms in late 2017, which makes us wonder if more remasters from the series are on their way.