Ark: Survival Evolved Is Big on the Xbox One 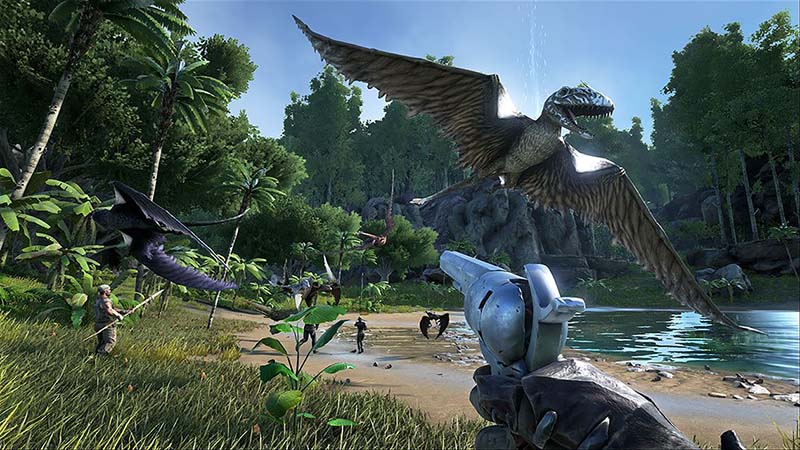 Dinosaur-taming survival video game Ark: Survival Evolved has been a hit on the PC since its arrival under Steam's Early Access programme this year, and now it seems it's taking the Xbox One by storm.

The game has been downloaded over a million times already since its launch on Xbox Game Preview Program on December 16, co-founder and co-creative director at Studio Wildcard Jesse Rapczak wrote in a post on Xbox Wire. He also said that the game's daily player count on Microsoft's current-gen console is already bigger than on the PC.

The game is "at least 7 months" away from its full and final release, which should put it at a late June 2016 release at best. Rapczak told us last week that owing to a longer test process, updates on the console versions of the game would be more spaced out, and he said as much in his post.

"...With regular updates about every two weeks, [the Xbox One version] will eventually include highly-demanded features like split screen support, gamepad customization, UI improvements, tweaks to current game modes, balancing improvements and all the new content that is going into the PC version," he added.

Ark does have its share of issues but the studio's and game's success is largely in thanks to the open channel of communication the developers have maintained with the players.

Rapczak noted that Ark has "three times as much content" than it did when it arrived on computers back in June. And they would be adding a new animal in the coming weeks in the form of a giant prehistoric kangaroo species called Procoptodon.