US Congresswomen Alexandria Ocasio-Cortez, Ilhan Omar Streamed Among Us in Twitch Debut

Shortly after starting the livestream, Alexandria Ocasio-Cortez’s channel on Twitch hit the mark of 4,35,000 concurrent viewers. 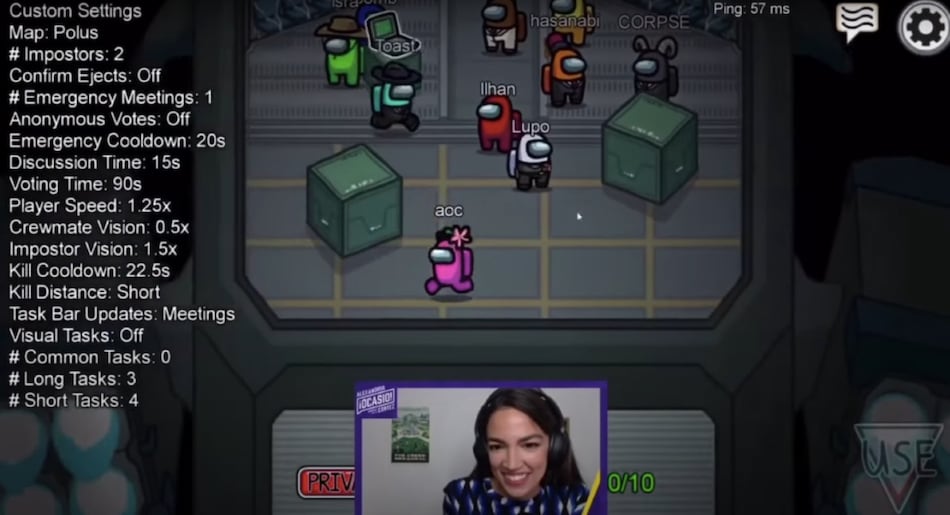 US Congresswomen Alexandria Ocasio-Cortez (AOC) and Ilhan Omar went live on game streaming platform Twitch earlier today to play space-themed, multiplayer social deduction game Among Us. The new move was not just to gain some attention on the platform but also to create awareness and discuss voting and other issues like healthcare ahead of the general elections in the country. Ocasio-Cortez, 31, debuted on Twitch on Monday, while 38-year-old Omar joined the platform just a few hours before going live.

Shortly after starting the three-and-a-half hour livestream, Ocasio-Cortez's channel on Twitch hit the mark of 4,35,000 concurrent viewers, as noted by Mashable. That's quite close to the record of 6,67,000 viewers achieved by Fortnite streamer Ninja.

highlights from the @AOC among us stream - my love for this woman knows no bounds ???? https://t.co/aZErKVAlVw pic.twitter.com/OCa06KMuob

Ocasio-Cortez and Omar were joined in their Among Us session by a veritable who's who of popular Twitch streamers, who go by their aliases Corpse Husband, Cr1TiKaL, Disguised Toast, Dr Lupo, Hasanabi, Jacksepticeye, Myth, Pokimane, and mxmtoon. However, some other known names including Ninja and Tfue were missing.

“Guys, I really don't want to be [an] Imposter,” said Ocasio-Cortez shortly before getting on the Imposter board in the game. “Please don't let me be Imposter.”

Omar, on the other hand, was much more successful when silently playing as a hidden killer. She attracted nearly 40,000 followers to her newly created channel.

Alongside enjoying Among Us with various Twitch streamers, both congresswomen were seen discussing voting. Ocasio-Cortez, who garnered over 5,38,000 followers on Twitch, even included a link to the IWillVote.com website to her profile to encourage voting amongst her viewers.

“Make sure that you have your voting plan put together,” Ocasio-Cortez said during the livestream.

This is notably not the first time when US politicians have made their debut on Twitch. The platform, in fact, hosted many virtual rallies and chats in the past. Twitch even temporarily banned Donald Trump's channel in late June for violating its content policies.

Nevertheless, the latest move by Ocasio-Cortez and Omar is the first in which politicians were found wearing the hat of online streamers and intrinsically encouraging young people in the country to vote and understand important issues including the requirement of an adequate healthcare sector.