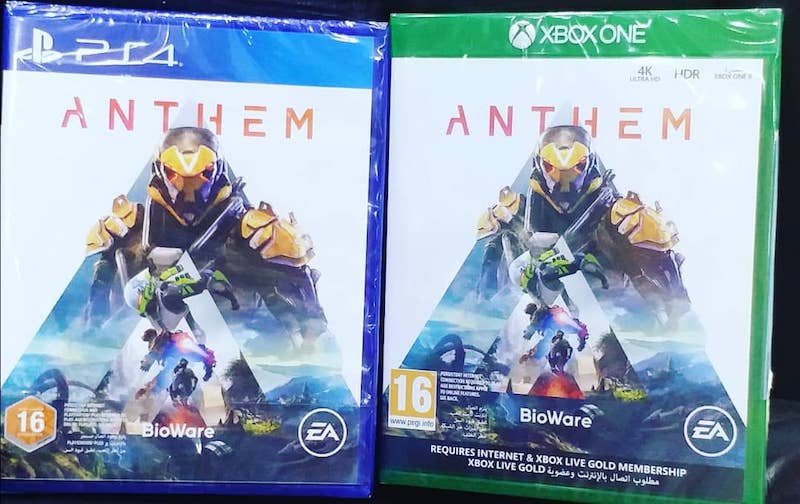 The Anthem release date is February 22 and it seem that the game has been made available since yesterday — a full three days before its official release date. PS4 and Xbox One copies of Anthem are being sold early in parts of the world such as the Middle East, what with enterprising retailers taking to Instagram to post its immediate availability. While the game's servers are already live for PC and Xbox One, thanks to their early access release via Origin Premier, Origin Access, or EA Access on February 15, this would allow PS4 owners as well as Xbox One users not subscribed to EA Access to install it and perhaps prepare themselves for the massive Anthem day one patch.

For what its worth, Anthem isn't worth picking up in its current state if our time with the game is any indication. There are a host of technical and design issues that make playing through BioWare's latest far from a fun experience. And with Destiny 2 seeing a slew of improvements and The Division 2 appearing to be promising, there's little reason to invest time into Anthem until its updates fix its myriad of issues, making us wonder why the game was released in the state it's in to begin with. More so when you consider EA CEO Andrew Wilson's comments regarding Anthem's shift in release date from 2018.

"Regardless of how it's being portrayed, we're not look at that as a delay, we've chosen to launch Anthem in [the fourth quarter]. The date is chosen by portfolio balance, not product readiness," EA CEO Andrew Wilson said in a call to investors at the time. "And we're really excited by the way the new Battlefield is shaping up. It probably doesn't make too much sense to launch Anthem right by it. As a new IP, it probably makes sense to give [Anthem] its own launch window."

Considering EA's India distributor is Amazon, it's unlikely that we'll see the game release early. If anything, expect Amazon to deliver Anthem on release date at best. Reason being, its track record has been far from consistent, only being able to release FIFA 19 on time after delaying FIFA 16, 17, and 18.