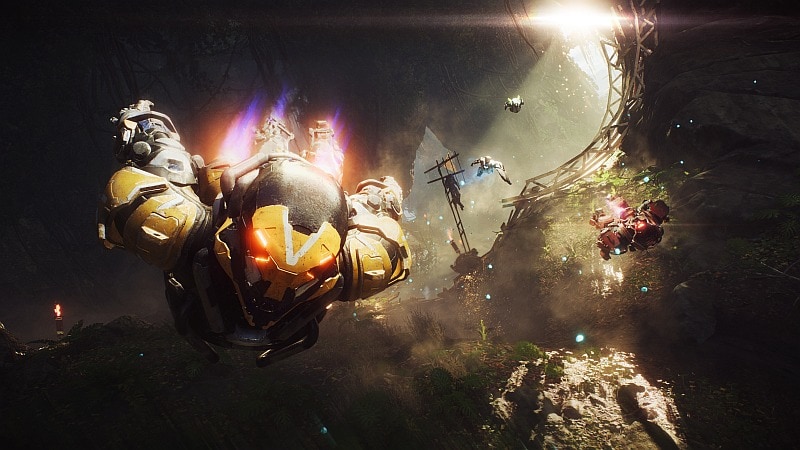 Anthem crashes are courtesy of Frostbite, a report from Kotaku alleges

EA's shared world shooter Anthem had a poor launch. Be it terrible pacing, horrible technical performance, and lacklustre story-telling, Anthem is, for the lack of a better term, EA's Fallout 76. It turns out that the reason behind Anthem's many issues lay in the use of the Frostbite engine. The Frostbite engine is EA's proprietary tech developed by Dice— the studio behind the Battlefield and Mirror's Edge franchises. With the publisher deciding to roll out Frostbite across all its games including FIFA, it resulted in Anthem suffering as it wasn't an engine built to accommodate the needs of such a game.

"Frostbite is like an in-house engine with all the problems that entails—it's poorly documented, hacked together, and so on—with all the problems of an externally sourced engine,” said one former BioWare employee in conversation with Kotaku. "Nobody you actually work with designed it, so you don't know why this thing works the way it does, why this is named the way it is."

It didn't help matters that it was riddled with issues such as making it impossible to fix bugs in a timely fashion.

"If it takes you a week to make a little bug fix, it discourages people from fixing bugs,” said one person who worked on Anthem. "If you can hack around it, you hack around it, as opposed to fixing it properly." Said a second: "I would say the biggest problem I had with Frostbite was how many steps you needed to do something basic. With another engine I could do something myself, maybe with a designer. Here it's a complicated thing."

"It's hard enough to make a game," said a third BioWare developer. "It's really hard to make a game where you have to fight your own tool set all the time."

To make things worse, the leadership on Anthem decided against reusing tech that was created for Dragon Age: Inquisition or Mass Effect: Andromeda. Two games that also used the Frostbite engine. According to the report from Kotaku, due to Anthem being an always online game, these systems may not have translated as smoothly.

"Towards the end of the project we started complaining," said one developer. “Maybe we would've gone further if we had Dragon Age: Inquisition stuff. But we're also just complaining about lack of manpower in general.”

Plus, the Anthem development team felt it was understaffed, with it being a fraction of the size of what games like Destiny and The Division have. Reason being, EA moved a large chunk of its programmers from BioWare over to fix FIFA, which makes up a massive portion of its revenue.

"A lot of the really talented engineers were actually working on FIFA when they should've been working on Anthem," said one person who was on the project.

Aside from being a game of poor quality, there are a host of technical issues resulting in players PS4's crashing too. Perhaps due to its implementation of Frostbite.

As per a thread on the Anthem subreddit, Sony has been offering refunds due to the myriad of technical issues plaguing the game.

"Sony is aware of the issue and is offering a complete refund on Anthem no questions asked. Took me 5 minutes," claimed one Redditor.

"And they helped right away, no problem at all. Just provided some account info after that, that they needed, and then it was refunded," said another.

However, this doesn't seem to be the case for all users, with some stating that Sony has refused refunds.

"I tried with Sony Support (chat) and was refused a refund," said one user.

Now, however Sony seems to be better equipped with dealing with such issues.

"After purchasing this type of content through PlayStation Store, you have 14 days from purchase to request a refund to your wallet on PlayStation Network. If you started to download or stream the purchased content you are not eligible for a refund unless the content is faulty," reads the support page on the official PlayStation site. "To request a refund for Games, DLC, add-ons content, please contact PlayStation support."