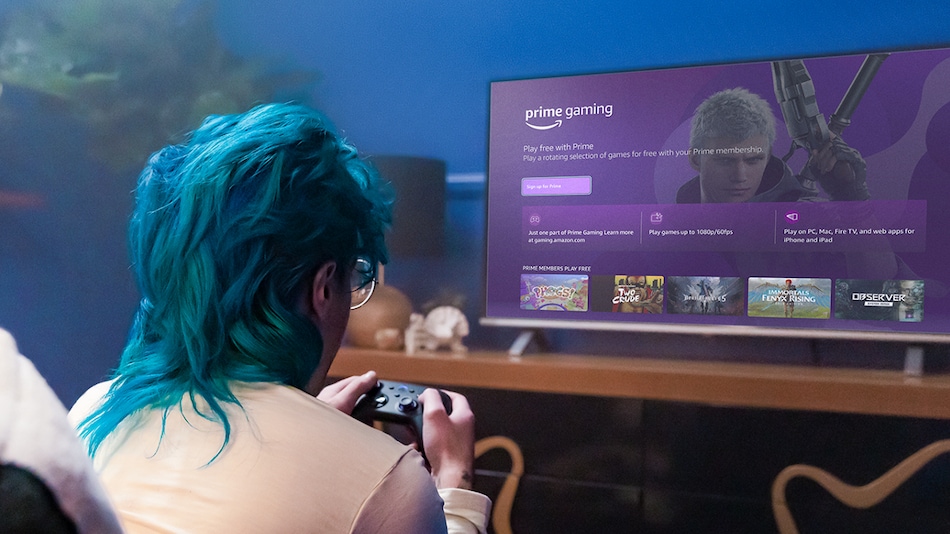 Amazon on Tuesday announced the official launch of Amazon Luna in the US. Alongside the broader launch, Amazon also announced the addition of new channels — Prime Gaming Channel, Retro Channel, and Jackbox Games Channel.

Prime Gaming Channel offers Amazon Prime members access to a rotating selection of games for free on Luna each month. In March, Prime members will have access to titles like Devil May Cry 5, Observer: System Redux, PHOGS!, and Flashback. Immortals Fenyx Rising will be available to play for free, from March 8 to March 14.

In the Retro Channel, classic games like Street Fighter II—Hyper Fighting, Metal Slug 3, and Castlevania Anniversary Collection will be available. Further, the Jackbox Games Channel will let gamers to play eight Party Packs from Jackbox Games with one subscription. Quiplash, You Don't Know Jack, Drawful, and Trivia Murder Party are the popular titles available. These titles support the Luna Couch feature, which allows inviting others to join a multiplayer gameplay session instantly, even if they don't have a Luna subscription. Both the Retro Channel and Jackbox Games Channel subscriptions cost $4.99 (roughly Rs. 370) per month.

Along with the new channels, Amazon Luna is also getting some new features. There is a new broadcast button to stream games on Twitch while playing on Windows, macOS, or Fire TV. The new broadcast button allows streaming the gameplay live with a camera feed overlaid on-screen. On Fire TV, gamers can scan a QR code to connect their phone to use it as a webcam and mic through the Luna app. Additionally on Fire TV, Luna subscribers can use their iPhone or Android phone as a controller via the Luna Controller app.