All eyes on Call of Duty: Black Ops II after strong Halo 4 launch 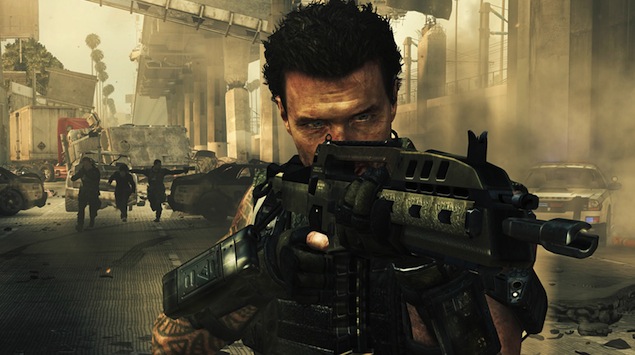 As more gamers migrate from console gaming to mobile offerings on tablets and smartphones, the video game industry has seen revenues decline and the performance of both titles in the upcoming holiday shopping season and 2013 is being watched closely as a gauge of future demand for the sector.

"Call of Duty" is currently the biggest-selling title on Microsoft's Xbox and strong sales for "Halo 4" could eat into its sales on that console. But unlike "Halo 4", it is also available on PCs, Sony Corp's PlayStation and Nintendo Co Ltd's Wii consoles.

Microsoft said "Halo 4" racked up $220 million in global sales on its launch day, surpassing the $200 million made by the previous installment,"Halo: Reach", which was released in 2010. "Halo 4" will likely reach $300 million in sales in its first week, the company said.

The previous installment "Modern Warfare 3" garnered more than $400 million in sales on its first day in stores in North America and the United Kingdom, setting a video game industry record and hit $1 billion in 16 days after launch.

The latest "Call of Duty" will be available for PCs, the Xbox and PlayStation consoles on Tuesday, while a dedicated Wii U version will be released when the new console hits stores on November 18.

Sterne Agee analyst Arvind Bhatia said that good starts were being seen for some popular titles - in addition to a 15 percent rise in sales for "Halo 4" over its previous installment, Ubisoft's action-adventure game "Assassin's Creed III" that launched in October is on track to double sales compared to last year's offering.

He said that even a small rise in sales or flat sales from last year for the "Black Ops II" launch would bode well for the quarter.

"There's no reason to believe the early sales won't be strong but the question is beyond the December quarter," he said. "It boils down to the legs the game may have beyond the first few weeks or the first quarter."

"Call of Duty" has been the top-selling game property during the holiday period in November and December since 2008 and represented 14 percent of retail software sales last holiday, Liam Callahan, industry analyst at research firm NPD Group, said.

The first-person shooter game is set against the backdrop of the Cold War and also has a scenario that transports gamers to a futuristic setting in 2025. The new title has a feature that allows gamers to stream gameplay live on YouTube.

Gamers retailers like GameStop Corp are holding special events at stores ahead of the launch of "Black Ops II" early on Tuesday.
Comments