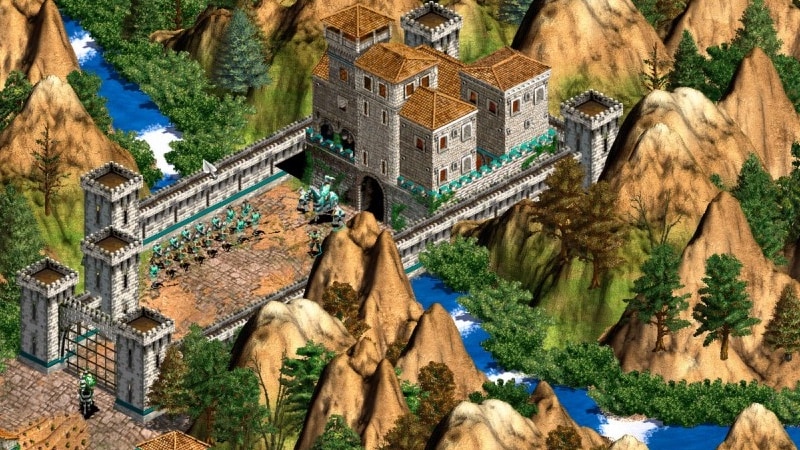 Going by what we've seen in the past, the Definitive Edition re-release for an Age of Empires game means that you will get 4K compatible visuals, multiplayer support, and the game will probably be a Windows 10 and Windows Store exclusive.

You can check out the listing on the ESRB website, spotted first by Windows Central. Age of Empires II: Definitive Edition has received the Teen rating from ESRB for “mild blood, mild language, and violence”.

The ESRB description for Age of Empires II: Definitive Edition's rating can be read below.

This is a real-time strategy game in which players control empires from the Dark Age through the Imperial Age. From an overhead perspective, players complete campaigns, build structures, gather resources, and command/deploy military units (e.g., infantry, horsemen, war elephants) against nearby civilizations. Players can zoom in on military units, while they use swords, bows, and cannons to eliminate enemy forces and structures; battles are accompanied by weapon clashes, cries of pain, and explosions. Some battlefields depict impaled soldiers on spikes, and a handful of cutscenes depict images of soldiers impaled by arrows. One still-image sequence shows a large bloodstain on the ground along with blood splatter on parchment. The word “bastard” is heard in the game.”

Age of Empires II HD is already playable via Steam, and it is one of the our favourite strategy games of all time. Microsoft had released that version back in 2013 along with three new DLC packs called The Forgotten, The African Kingdoms, and Rise of the Rajas.