Plus: Forza, Fable, Everwild, State of Decay 3, and more. 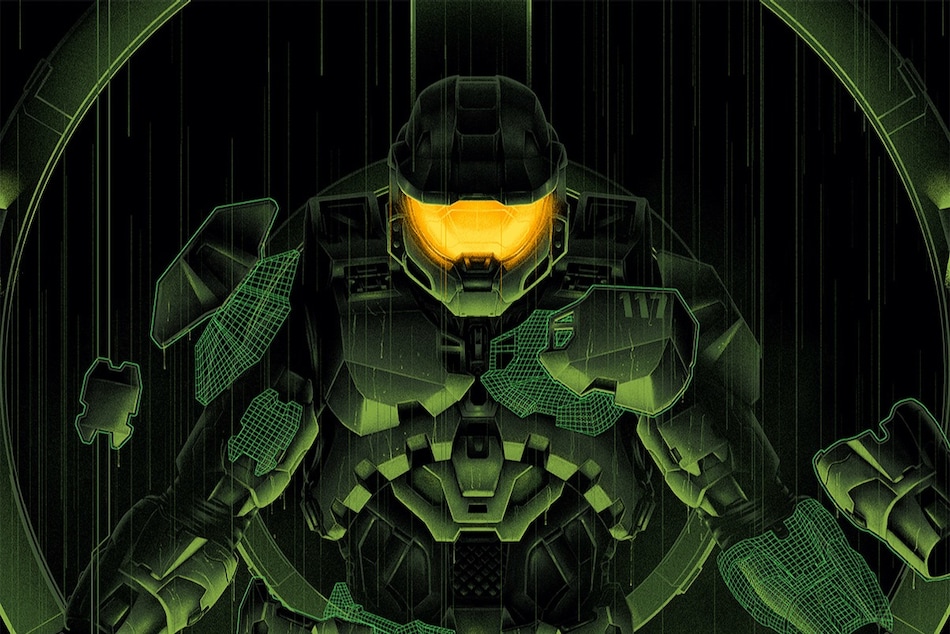 Over a dozen Xbox Series X games were showcased at Microsoft's Xbox Game Studios-driven online-only event on Thursday. That involved a new Halo, Forza Motorsport, Fable, Stalker, State of Decay, and Psychonauts. There are major updates coming to Destiny 2 and Phantasy Star Online 2. And there were more first-party titles from the makers of Life Is Strange, The Outer Worlds, SteamWorld, and beyond. The best news is that all the announced Xbox Series X games will be part of Microsoft's subscription service, Xbox Game Pass. These are the 15 biggest titles from the Xbox Games Showcase.

Microsoft opened its Xbox Series X games showcase with nine minutes of single-player campaign gameplay from the next Halo title, featuring Master Chief jumping, elbowing, driving into, and shooting at enemies — the Banished — in a bid to regain control of the Ring. Halo Infinite will be available on Xbox Series X, Windows 10, and Xbox Game Pass.

The previous entry — Forza Motorsport 7 — was a bit of a microtransactions nightmare, so hopefully Turn 10 Studios will correct its ways with the self-proclaimed “reimagining” of its simulation racing franchise, which is currently in “early development”. As with many titles, it's promising fluid 4K 60fps gameplay. Forza Motorsport 8 will be available on Xbox Series X, Windows 10, and Xbox Game Pass.

Remember Forza Horizon developer Playground Games said it was working on an open world action RPG? Well, that's Fable — a reboot of the series that hasn't produced a mainline entry since 2010. It entirely skipped Xbox One but it's coming to the Xbox Series X, Windows 10, and Xbox Game Pass as “a new beginning” with fantastical creatures and wondrous places.

It's been eleven years since the last Stalker game — or S.T.A.L.K.E.R., if you prefer — and Ukrainian developer GSC Game World is bringing the PC franchise to Xbox Series X as an open world with an open narrative resulting in many different endings. Having been cancelled multiple times between 2010–2012 before being resurrected in 2018, it's been a long time coming. There's still a bit of wait: Stalker 2 releases in 2021.

Undead Labs gave us a very tiny peek at its next open world zombie game, featuring an armed woman encountering an undead deer that's feasting on another animal. Oh my. It's currently in development and hence, there's no release date. And given the five-year gap between the first and the second, which released in 2018, we might be in for a bit of a wait.

Sea of Thieves developer Rare is promising an “unforgettable magical world” with its all-new IP, in which you play as an “Eternal” and build bonds with the world around you. The Everwild trailer reveals the game won't strive for realism but rather a moving artwork look. Everwild will be available on Xbox Series X, Windows, and Xbox Game Pass.

Destiny 2 is coming to Xbox Game Pass in September, giving you access to all standard edition expansions. And it will be followed by the game's next chapter in November with Destiny 2: Beyond Light, which finds you and your fellow Guardians wielding the Darkness to take on the empire. Sorry, is this Destiny 2 or Star Wars? And oh, Destiny 2 will be optimised to run at 4K 60fps for Xbox Series X.

Life Is Strange makers Dontnod Entertainment's next game is an Xbox Game Studios exclusive. Set in small-town Alaska USA, you'll play as twins Tyler and Alyson Ronan who share a supernatural bond that allows them to look through past memories. Spread across three weekly chapters, Tell Me Why begins August 27 on the Xbox One and Xbox Game Pass. It will also be available on Xbox Series X.

Jack Black's voice is part of Double Fine's next Psychonauts adventure inside our minds, which follows a rookie agent called Raz as he must help friends and use his powers to learn about his family origins and uncover mysteries about the Psychonauts. Psychonauts 2 will be available on Xbox Series X and Xbox Game Pass.

It took eight years for Sega's online action RPG to leave Japan after it did so earlier this year, and now Microsoft is ready to add to that with an Xbox Series X version in 2021, that promises “limitless adventure and unparalleled character customisation.” Phantasy Star Online 2: New Genesis is out in 2021.

Having delivered two first-person experiences with Vermintide in 2015 and 2018, Swedish developer Fatshark is now bringing a four-player co-op adventure in Warhammer 40,000: Darktide, available in 2021 on Xbox Series X and Xbox Game Pass.

A multi-generational tale that kicks off with two families and a hostage situation set in the American Southwest — that's the premise for this interactive drama that seems to be a series of graphic book drawings brought to life. As Dusk Falls will be available on Xbox Series X and Xbox Game Pass.

Lord of the Rings meets Elder Scrolls meets Doctor Strange rings seems to be the pitch for this first-person RPG from Obsidian Entertainment, though all the developer is willing to say that it's set in the fantasy world of Eora. The Avowed trailer reveals you'll be playing with a sword and aided by some superpowers.

SteamWorld creators will task you with figuring out a forgotten planet's mystery (read: solve puzzles) and then saving it (read: deal with monstrous enemies) on their new game, available on Xbox Series X and Xbox Game Pass.

Did someone ask for Tetris with local and online co-op and competitive modes? Well, it's here nonetheless. Tetris Effect: Connected drops in late 2020, which means it might be a launch title for the Xbox Series X.