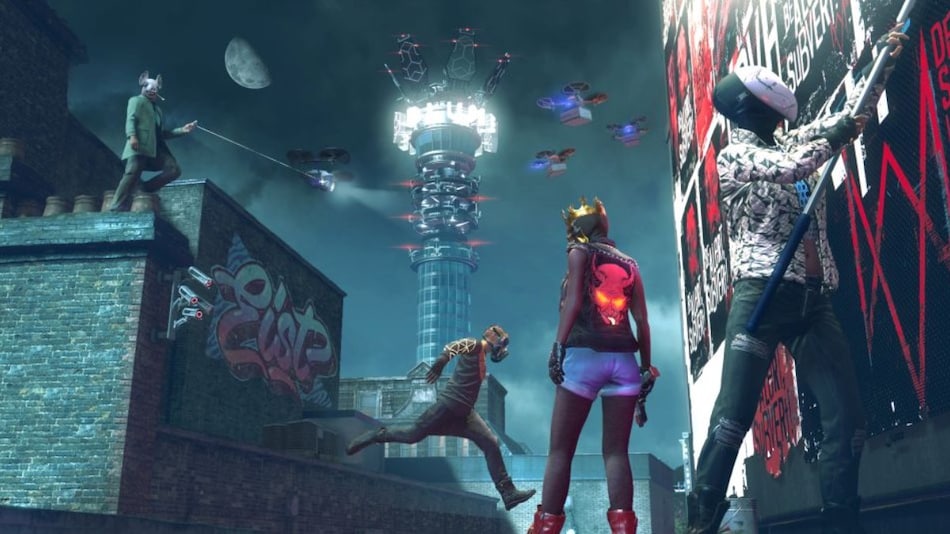 Watch Dogs: Legion is out this week. The third instalment in Ubisoft's Watch Dogs series, Watch Dogs: Legion promises to amp up the hack-based gameplay that made the titles popular. It brings along a fun new feature that allows you to take control of an array of characters from anywhere in post-Brexit London – the open-world city the game's based in. What this essentially means is that any character you see in the city – from former spy to a maniacal grandma – could be “recruited” and used as playable characters throughout the game.

However, the game also has a optional permadeath feature – any character who gets killed during a playthrough will get permanently removed from your roster of playable characters. So, if you do take a liking to a character (our vote is on the raving grandma), make sure you observe a little care while wreaking havoc. You can choose to turn off the feature if you want, regardless of the difficulty level you are playing in.

Just like the previous instalments, Watch Dogs: Legion will also have an open-combat approach to its missions. You can either choose to go guns blazing into a fight, or opt for a stealthy approach, making full use of the plethora of gadgets, drones, and jaw-dropping hacking abilities from your arsenal.

While London has been portrayed in many different avatars in popular games over the years, it would be interesting to see how the Watch Dogs series' signature tongue-in-cheek treatment showcases the city in a post-Brexit world. Players will get to explore the sprawling British capital on vehicles or fast-travel via the city's iconic Underground stations.

While Ubisoft Montreal was in charge of the first two instalments, Ubisoft Toronto — best known for games such as Tom Clancy's Splinter Cell: Blacklist and Far Cry 5 — took over development for Watch Dogs: Legion.

From its release date to its PC system requirements, here's all you need to know about the upcoming action-adventure title.

Watch Dogs: Legion is set to release on Thursday, October 29 on PC, PlayStation 4, Xbox One, and Stadia.

Among next-generation consoles, Watch Dogs: Legion will release on Xbox Series X and Xbox Series S on November 10. For PlayStation 5, the game will be available digitally upon the console's launch and physical copies for the same will go on sale starting November 24. PlayStation 5 is slated to launch initially in Australia, Canada, Japan, Mexico, New Zealand, South Korea, and the US, on November 12. PlayStation 5 will be priced in India at Rs. 49,990. The Digital Edition will carry a price tag of Rs. 39,990. However, no release date has been announced for the Indian market.

Those who buy the game on current generation consoles will automatically get a free upgrade to the PlayStation 5 or Xbox Series X version, regardless of whether you avail the digital or physical edition.

The game is available for pre-order on all platforms. If you pre-order the game, you can get access to the Golden King pack that unlocks the Golden King Mask along with golden skin for vehicles and two different pistols. Apart from the standard edition, the game will come in two more variants as well.

The Gold Edition will comprise the full game, the Golden King pack, and the season pass that will add a new story expansion with two new episodes, additional missions, four unique heroes including the first game's protagonist Aiden Pearce, and a DedSec car skin.

The Ultimate Edition will carry all add-ons from the Gold Edition, along with three new playable characters, three masks, and four-week VIP status.

Players who acquire the season pass will also gain access to Watch Dogs: Legion – Bloodline, a brand new storyline that includes Aiden Pearce and the quirky Wrench from Watch Dogs 2 as fully playable characters. It will also mark a crossover with another popular Ubisoft franchise, Assassin's Creed, with the addition of Darcy, a member of the Assassin Order.

On Xbox store, the Standard Edition and the Gold Edition carries the same price as Amazon. However, the Ultimate Edition is priced slightly higher, at Rs. 7,199.

On PlayStation store, the Standard Edition and the Gold Edition carries the same price as Amazon, while the Ultimate Edition is priced at Rs. 7,149.

An expansive online mode will be added to the game on December 3 as part of a free update. It will bring a host of fun new features such as co-op missions and open-world co-op free roam for two to four players. It will also add four-player co-op Tactical Ops missions and player-vs-player mode. The Spiderbot Arena will be added as well, where players can control lethally armed Spiderbots in a free-for-all deathmatch.

For PC gamers, Ubisoft has detailed the system requirements for both “Ray Tracing Enabled” and “Ray Tracing Disabled” performances. To experience the game with ray tracing, the company recommends a 1440p monitor with DirectX 12 support.

For digital installations on PC, the game will occupy a total of 45GB, with an additional 20GB for optional HD textures. If you install from a physical disc, you will need to download a 6.19GB patch.

For Xbox One, the final installation size will be 35.7GB. When installing from a physical disc, you will be asked to download a patch of 1.85GB.

For PlayStation 4, the final installation size will be 33.9GB. With a physical disc, you will need to download a patch of 2GB.

For local language packs, to be made available on launch day, an additional download of 4GB to 5.2GB will be required.

Reviews for Watch Dogs: Legion will be available October 28 at 4:30pm IST (4am PT), according to a report from OpenCritic.