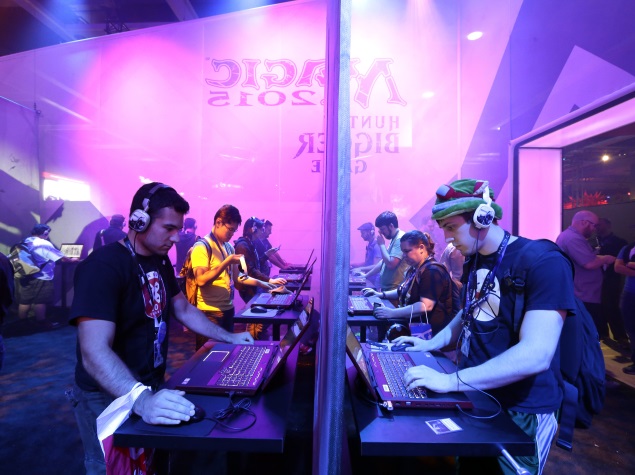 The horrific misogynistic abuse of female figures within the video game industry has triggered debate over whether women are being accepted as equal partners in the sector.

Threats of rape, murder and mutilation have forced some women to flee their homes during the ugly two-month saga that has become known under its Twitter hashtag of "GamerGate."

The touchpaper was lit in August, when independent game developer Zoe Quinn's romance with a video game journalist was the subject of an angry online rant by her ex-boyfriend.

But what appeared to begin as a campaign for better ethics in video game journalism, especially reviews, evolved into a fierce debate regarding sexism and racism in video games and the male-dominated industry that makes them.

Quinn became a target for hateful and threatening comments in online forums, ultimately prompting her to flee her home in fear for her life.

GamerGate rage turned against Anita Sarkeesian of website FeministFrequency.com who is an open critic of how women are depicted in video games.

Sarkeesian has rejected the suggestion that the vitriol is motivated by a desire for better journalistic ethics.

Hardcore gamers have argued they are being stereotyped and bullied for enjoying a pastime that should have the same creative freedoms as books, comics, or films.

Political correctness, they argue, is invading their harmless, fantasy world where men are heroes and scantily clad women need saving.

Sarkeesian is unimpressed with the prevailing nature of female characters in games however.

"Women stereotypes reinforce that women are sexual playthings for male amusement," she said. "Maybe the princess shouldn't be a damsel and she can save herself."

Taking that stance in the GamerGate exchange made Sarkeesian the target of threats so violent that her appearance to speak at a university in the US state of Utah recently was cancelled.

"They are lashing out because we are challenging the status quo of gaming as a male-dominated space," Sarkeesian said.

"That is what GamerGate is responding to; we are saying that gaming can no longer be this little boys club."

Death threats
Giant Spacekat video game studio co-founder Brianna Wu said in an online interview that GamerGate is a symptom that the industry has been male-dominated so long that men think of it as their rightful space to be defended.

Wu spoke of female friends being harassed or even driven out of the video game industry for criticizing how women are portrayed in games.

Wu was also subjected to a barrage of vile threats, from an anonymous Twitter user operating under the handle: "Death to Brianna."

Wu and her husband left their home after consulting police following the abuse.

Online attackers have ramped up the abuse by releasing home addresses and other personal information about targets in a practice known as "doxxing."

"Threats of violence and harassment are wrong," game industry group Entertainment Software Association said in a statement emailed to AFP.

"They have to stop. There is no place in the video game community - or our society - for personal attacks and threats."

People continued to blast away at one another this week in online forums, notably at Twitter using hashtags #GamerGate and #NotYourShield, with virtual voices pleading in vain for warring to cease.

Some tracking the enduring, caustic online back-and-forth maintain that trouble-making "trolls" have taken to weighing in anonymously with barbed comments to escalate animosities.

GamerGate has become a "leaderless hashtag movement that has zero entry requirements." British game critic John Bain, known as TotalBiscuit, said in a video of an interview on the David Pakman show.

"The vast majority of gamers are not sexists, they are not misogynists, and they are feeling very put out in the cold right now," Bain said.