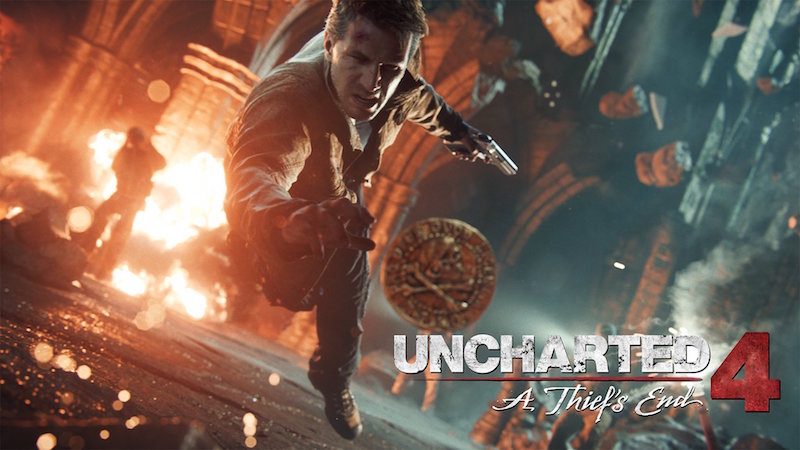 It's no surprise that Sony is spending big to make its marquee PS4-exclusive Uncharted 4 a massive success. From TV ads to out-of-home advertisements as well as partnerships and a strong PR campaign, there seems to be no expense spared to drive home the notion that it is the biggest game of the year. So much so that the company has said the communications blitz is "PlayStation's largest ever" marketing campaign for a game.

But while that may hold true the world over, operations in India paint a very different picture. Barely a week before the game hits shelves, there's still little to no hype surrounding its release. The closest to anything remotely resembling marketing for Uncharted 4 hitting the country are token status updates on the official PlayStation India Facebook page, and the odd standee or two, first sighted at local e-sports tournaments and barely anywhere else. Granted that gamers are present at such competitions, but at a venue dominated by PC games they're usually too busy trying to duke it out in Dota 2 or Counter-Strike to bother with console releases.

The radio silence from Sony makes even less sense when you consider the history of Uncharted games in India. The first game in the series, Uncharted: Drake's Fortune, released in 2007 to little local fanfare and a Rs. 2,799 price point - considered high for the time. Nonetheless, good word of mouth and rave reviews ensured that it did well, with close to zero marketing. 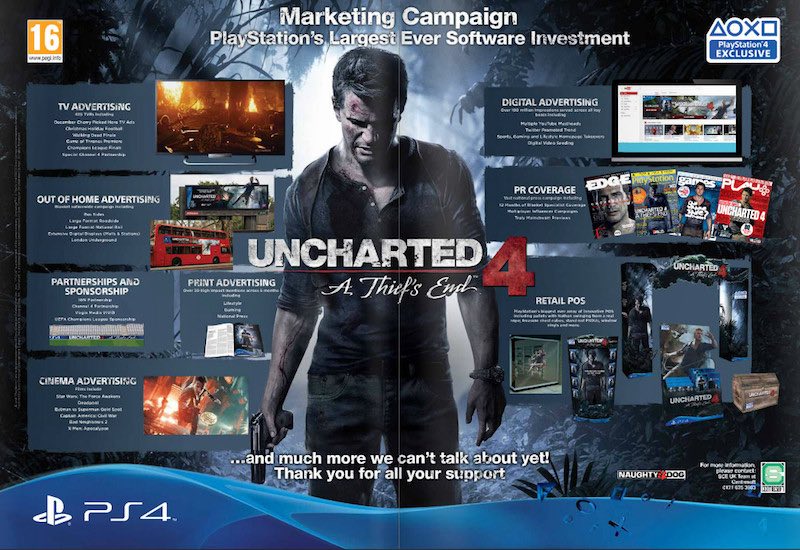 A snapshot of Sony's marketing plan for Uncharted 4. Despite strong sales, nothing seems to be happening in India.

This ensured Sony India went hammer and tongs for the next couple of releases. For Uncharted 2, several retailers reported pre-orders in the range of 100 to 150 units, while Uncharted 3 had steady sales through its lifetime. Though evidence of sales is anecdotal at best, many video game retailers claim it is Sony India's biggest selling franchise, beating other exclusives such as God of War.

To put it into perspective, in India, God of War 3 on the PS3 sold around 9,500 units at launch, and ended up selling 20,000 units in seven months, according to ex-Sony employees. Those close to the company state a similar number is what's being expected for Uncharted 4.

This put the game toe to toe with the likes of Call of Duty and GTA. Given that Uncharted is Sony's greatest cash cow, you'd think more would be done around it. But this doesn't seem to hold true. Sony's recent track record makes us all the more wary of expecting anything at all. In comparison, games like PES 2016 and Mortal Kombat X - whose day one quantities are minuscule - have had a greater presence and awareness what with local tournaments and a sustained season of events to foster a sense of community and push sales. 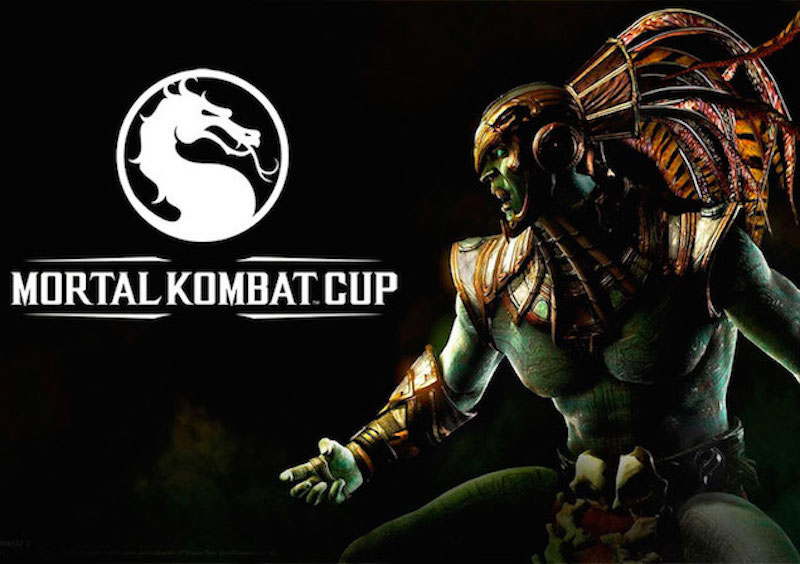 The inaugural Mortal Kombat Cup not only brought India's fighting game community together but according to insiders, boosted sales as well.

Consider Uncharted: The Nathan Drake Collection. This remaster has the first three Uncharted games on a single disc along with access to the Uncharted 4 multiplayer beta. It never seems to be in stock, officially at least. Those in the supply chain tell us this is because Sony India did not bring enough copies into the country to begin with.

"They only brought in 4,725 units at launch for the entire country. That was clearly less. And it arrived late," an independent store owner, who did not want to be named, explains.

To many it's just symptomatic of Sony India's condition. In the past it's happened with almost every Sony release; be it Driveclub, Heavy Rain and Beyond Two Souls Remaster, Until Dawn, and even LittleBigPlanet 3, there hasn't been a time in recent memory when Sony has brought one of its own games on the release date for India. The only exceptions that come to mind are Bloodborne, and The Order 1886. Some games like Tearaway, and Ratchet & Clank have completely skipped India altogether, or brought in almost three months later. Many have taken to other suppliers to fulfil demand.

"I buy stock from parallel importers regularly," another retailer tells us. "After the first shipment of the Uncharted remaster, it took Sony almost five months to bring stock in. Just 300 units. Try explaining to angry customers that you're out of stock. It's not easy."

In the past, the company's transition from its distributor - Milestone Interactive - to taking on distribution by itself was cited as a reason for the delays. But that was almost two years ago. Now there seems to be other factors at play. 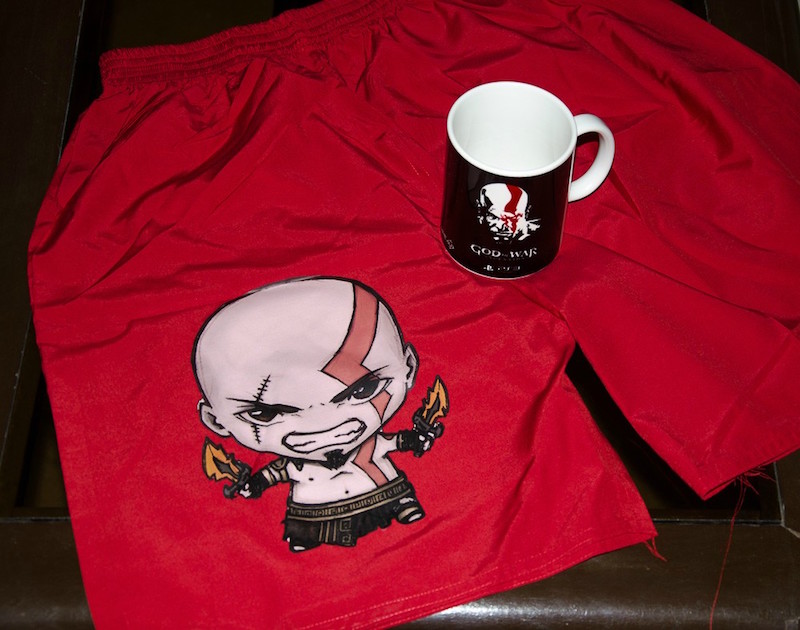 Just one of the many Sony promotional freebies from the PS3 era. This one was for the launch of God of War: Ascension.

"The team that calls the shots for India is based in the Gulf," explains an executive for a large format retailer. "Before we got the clearance to drop price on any game, they had to weigh in. It just makes the whole process a lot more convoluted."

The shift to Middle East management happened after previous PlayStation India boss Atindriya Bose moved on last year. It's a move that's ruffled more than a few feathers as it's seen the nation drop in priority.

"If we look at what's going on with Geekay [a UAE retailer] they get Uncharted freebies sanctioned by Sony like wallets and such. We aren't given anything in way of promotional incentives," a buyer for a specialist game store explains before adding, "their sales reps have said we can do something similar but not to mention it in our communication."

Aside from setting up stores for potential IP infringement, others point to Sony's problems beyond gaming for its lack of focus on Uncharted.

The Uncharted 4 Libertalia Edition was dropped from official release in India due to high price. That hasn't stopped enterprising retailers from bringing it in though.

"TVs used to be Sony India's biggest category. But that's on the decline. Samsung and the like have dominated the 32-inch and under segments. What this means is the PS4 is more important than ever as the ASP [average selling price] is more than a 32-inch TV," a product manager for consumer electronics at an e-commerce firm says. "Now try explaining to a guy who spent the last few years selling TVs why a console is the future, it's tough for them to grasp."

At many outlets, the PS3, PS4, and first-party exclusive games published by Sony constitute excess of 40 percent of revenue and shelf-space we're told. Despite this, little to no space is being used for Uncharted 4 in India. This seems like a big missed opportunity especially since Microsoft hasn't officially moved beyond selling online through Amazon India, Flipkart, and Snapdeal. It's as if the near monopoly in retail has resulted in a sense of complacency from the Japanese firm. Needless to say, you wouldn't want to be a video games retailer in India right now as you would be for all practical purposes beholden to Sony India, which doesn't seem to care.

All of this results in a scenario that's anything but consumer-friendly. It is bad enough consumers have to pay a premium on Sony first-party games and consoles, and on top of that they have to contend with a distribution network that's grown to be inefficient with erratic supply. Sony appears uninterested in fostering an atmosphere ripe for long term benefit and profitability of the retailers. Rather, it seems inclined to prey on the gaps in the market with little effort or care. Uncharted 4's visibility, or lack thereof is symbolic of it.