It’s all about those franchises. 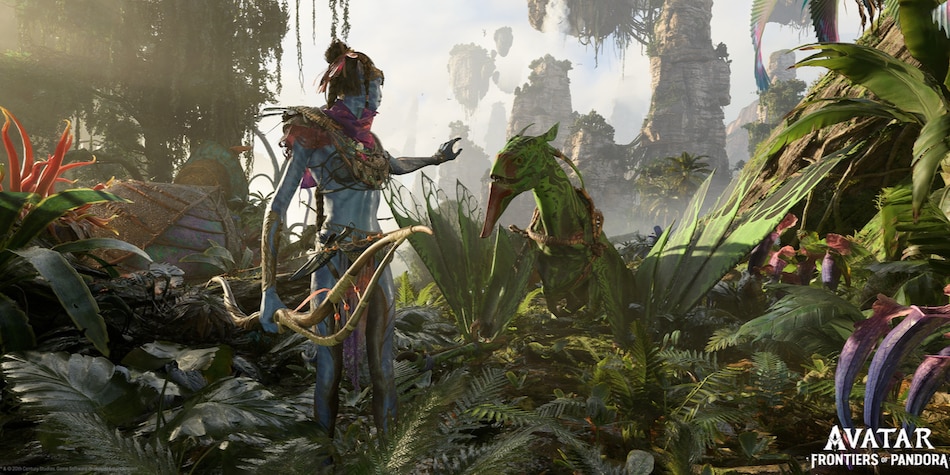 Ubisoft's E3 2021 presentation was largely about building on established franchises. The Rainbow Six series is pitting players against AI aliens with Rainbow Six Extraction. Avatar: Frontiers of Pandora takes gamers into the James Cameron movie world. Giancarlo Esposito-led Far Cry 6 will place you in the shoes of three villains as part of its story-driven DLC. Aiden Pearce and Wrench are coming very soon to Watch Dogs: Legion. Assassin's Creed Valhalla is headed to Paris — but better yet, Valhalla is getting a full year of additional content. The fantastic Mario + Rabbids series is returning after five years on Nintendo Switch. And there's outdoor sports action in Riders Republic. On PC, all Ubisoft games are available with the subscription service Ubisoft+. Here are the biggest announcements from Ubisoft Forward at E3 2021.

Building off the legacy of PvP Rainbow Six Siege, Ubisoft Montreal is now taking its co-op shooter experience into the PvE space. In Rainbow Six Extraction, you can team up with up to two friends to fight mysterious alien creatures Archæans. You can pick from 18 Rainbow Six operators — each of them have unique gear, weapons, and abilities — all of whom will be available from the start if you have played Rainbow Six Siege in the past. Rainbow Six Extraction will offer full cross-play, cross-save, and cross-progression.

The world of James Cameron's Avatar is the setting for a new first-person action-adventure from The Division 2 maker Massive Entertainment — also behind an open-world Star Wars game next — that will use The Division's Snowdrop engine to bring Pandora to life. In Avatar: Frontiers of Pandora, you will play as the blue aliens Na'vi in a standalone story in an unseen part of the planet, as you push back against the human forces. All that is to say that the game will not be connected to the Avatar movie sequels, the first of which is due in December 2022.

Set prior to the events of the main campaign, the first story expansion Bloodline brings back Watch Dogs protagonist Aiden Pearce and Watch Dogs 2 deuteragonist Wrench. After the latter escapes with a valuable piece of tech, Aiden, who took a routine fixer job in London to reconnect with estranged nephew Jackson, is under fire from all sides. To play bloodline, you will need the Watch Dogs: Legion Season Pass that will also allow you to add Aiden and Wrench to your DedSec outfit.

It's all about outdoor sports — biking, skiing, snowboarding, wingsuiting and rocket wingsuiting — in this Ubisoft Annecy game set across US National Parks, from Yosemite Valley to Mammoth Mountain. You can choose to play by yourself in career and make your way through five different progressions. Or you can join your friends in free roam, or a variety of multiplayer competitions, be it versus mode, 6v6 trick battles, 12-player free-for-all, or — only on next-gen — 50-player multisport races.

Valhalla goes on. At E3 2021, Ubisoft announced that a second year of content is coming for the Viking game, keeping Assassin's Creed fans busy until the next mainline entry, potentially in late 2022. And in continuation of Odyssey and Origins, education expansion Discovery Tour: Viking Age is on its way, giving players a non-violent experience in Valhalla that puts you in the place of different characters as you learn about their history. Before all that, the second paid DLC, The Siege of Paris, due later in summer 2021.

Mario + Rabbids Kingdom Battle was an unexpected delight, and Ubisoft and Nintendo are now building on that with a new cosmic adventure that will mix turn-based tactics and real-time action to create a new combat style. As for the name, it refers to dozens of Sparks that you must rescue across your interstellar journey. In turn, you can harness each Spark's unique power as a special ability in battle. As before, Mario + Rabbids Sparks of Hope will include normal and Rabbids versions of beloved Nintendo characters.