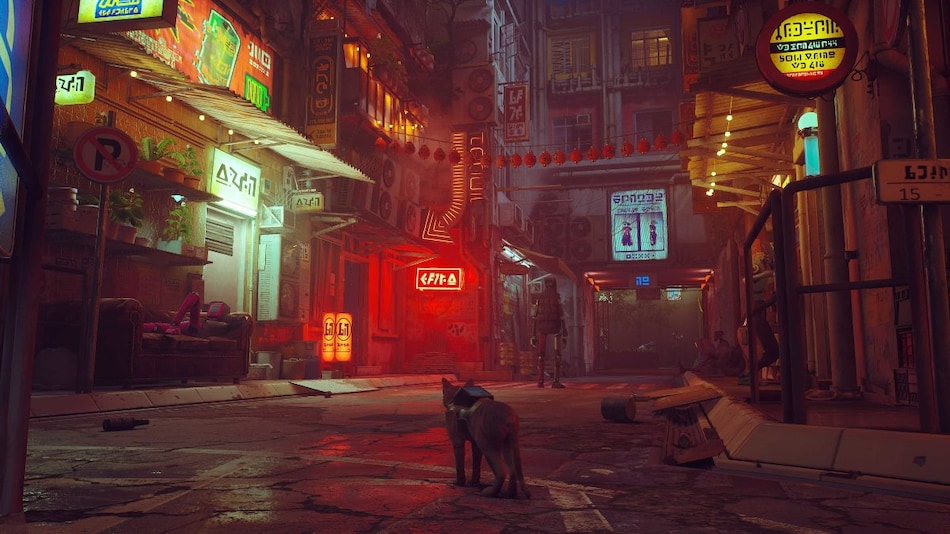 What are the biggest games in July 2022? F1 22, Loopmancer, Stray, and more are set to release this month. Several other exciting titles from all kinds of gaming genres will also be making their way to PC and consoles. Fans of the action-adventure genre will get plenty of options, including games like Krut: The Mythic Wings, XEL, The Tale of Bistun, and Xenoblade Chronicles 3. If you are looking for a bit more laid-back experience, then you can go for the immensely satisfying puzzles of the Monument Valley: Panoramic Edition and Monument Valley 2: Panoramic Edition that are coming to PC.

If you are a racing enthusiast, then you should look out for the latest entry in Codemasters' Formula 1 racing series, the aforementioned F1 22. This will be the first time in the series that a game will feature a completely custom soundtrack. Meanwhile, upcoming games like Wayward Strand and As Dusk Falls will offer you richly immersive and interwoven narrative experiences, where your every decision will affect the ultimate outcome.

In addition, there appears to be a furry theme going on in July. Stray will let you play a lost cat in a cybercity, Endling – Extinction is Forever will take you on an adventure as the last mother fox on Earth, and Bear and Breakfast will give you control of a well-meaning bear trying to manage a B&B in the woods.

Still not sure about which game to pick? Here is a list of some of the best games releasing in July on PC, PlayStation 4, PlayStation 5, Xbox One, Xbox Series S and Series X, and Nintendo Switch.

Developed by Codemasters, and published by EA Sports — F1 22 is out today on PC and consoles. The game also makes its maiden appearance on EA's Origin platform, and will be playable on the EA Desktop app.

F1 22 features new car models and updated physics. Plus, there's a Formula One sprint mode. A customisable hub mode is also being introduced to the game called F1 Life. With this, players can collect supercars, clothing, accessories, and more.

The new F1 game also supports virtual reality for PC via Oculus Rift or HTC Vive. It will also feature the game's first-ever custom soundtrack, with over 33 tracks from various artists.

IllFonic's Arcadegeddon was first seen during PlayStation's State of Play event, back in 2021. The local arcade owner, Gilly, is trying to save his business from the corporate. However, it seems as if he is losing the battle since the mega-corporation has hacked into the games, injecting viruses to destroy it from the root up.

As the player, you need to save the last arcade in your hometown. The multiplayer shooter can be played solo or with up to three friends in co-op mode. There are chances to explore multiple biomes, mini-games, bosses, and more.

Published by Ebrain Studio and Yooreka Studio, Loopmancer is a rogue-lite 3D platform game which makes its way to PC and consoles in mid-July. You play as a detective, Xiang Zixu who is risen from death after he was killed during an investigation of the missing of a famous female journalist. You have to battle your way out of the futuristic city of the east. You can unlock new weapons and abilities as you progress in the game.

Lost in the neon-lit alleys of a decaying cybercity, a stray cat has to embark on a journey to unravel an ancient mystery and find its way back to its family. Stray is a third-person adventure game that slips you into the paws of a cat as you wander the highs and lows of a long-forgotten city.

During this journey, you will encounter its robotic inhabitants and even befriend a flying drone named B-12. You can interact with the environment in several ways, as you solve puzzles to progress in the story. However, it will not be a safe journey — you will have to evade various enemies along the way.

The fate of two families lies in your hands in this interactive drama that spans three decades. Experience an immersive narrative performed by actors and enhanced by digital graphics, giving it the appearance of a motion graphic novel.

As Dusk Falls begins with a botched robbery in 1998 in Arizona. From here on out, every decision you make will affect the lives and relationships of multiple characters. Go back and replay the story again and achieve vastly difficult outcomes.

Having trouble with any of the decisions? You can invite up to eight friends locally, online, or a mix of both for cooperative gameplay. Download the As Dusk Falls companion app to vote on decisions with or against your mates.

As Dusk Falls is also coming to Xbox Game Pass.

When: July 29
Where: Nintendo Switch

Noah, Mio, and four other soldiers from the opposing nations of Keves and Agnus decide to turn into fugitives and embark on an adventure in search of the “true enemy” to bring an end to the conflict between their nations.

Xenoblade Chronicles 3 is an action role-playing game set in a large open world that allows you to forge your own path as you come across new locations, treasures, and unique monsters.

The game features a party system with real-time RPG combat mechanics that lets you freely swap between any member of your party during combat. It also allows customising your characters with Classes, Arts, gems, and accessories.

Also, two of the party members can be paired together to form a new fiercely powerful creature called Ouroboros to take down challenging foes.

What game are you looking forward to the most in July? Let us know in the comments below.