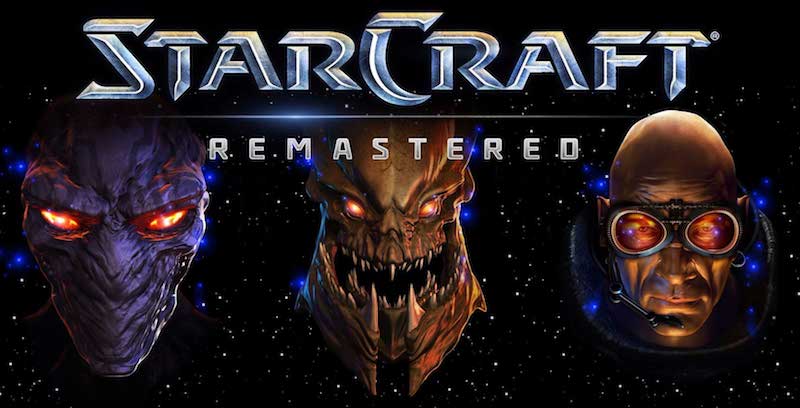 StarCraft Remastered is the modern makeover to seminal real-time strategy game StarCraft. However, the ‘Remastered’ suffix doesn’t carry the same connotations (such as a massive visual overhaul, and significant gameplay tweaks) we’ve come to expect from other titles. On the sidelines of BlizzCon 2017, Gadgets 360 spoke to Robert Bridenbecker, Vice President, Technology Strategy and Planning at ‎Blizzard, who spearheaded StarCraft Remastered's development.

“Step one in our journey was going out and listening and talking to the community and just understanding what are the things we have a little bit of latitude on," explained Bridenbecker. "I go back 18 months ago and we sat down with a lot of pro players and we probed on the notion of introducing widescreen support. And the initial feed back was not to change anything, the game is perfect as it is."

“But after more conversation the community had around the idea, the more they opened up to it. Every monitor under the sun is now in 16:9 or 16:10 so if you were to add some functionality, that would not be a bad thing," he continued.

While quality of life additions such as widescreen support were given the greenlight from the community, certain core gameplay elements were off limits.

“When we started to talk to them about things like pathing or unit selection, those were some of the untouchables," he said. "So what we walked away from was that some of the core game design elements that have been around for 20 years, the rules of StarCraft if you will, those are the untouchables. Some of the technology bits that have aged over time, those are the things we can adapt so adaptation to the modern Battle Net stack, updating graphics - things that we felt weren't breaking the "core" of what StarCraft was, that's what we felt we could really update and adapt to modern standards.”

It wasn’t easy though. While Blizzard had the code for the original StarCraft, it didn’t possess the original art assets and cinematics. This proved to be a big hurdle during StarCraft Remastered’s development.

“We had the code. We didn't have the original art assets and cinematics so when we went into remastering the game we basically had to rip out all the art assets from the game itself, rebuild the entire tool chain and from that, work on the art by looking at all the individual units,” he explained. “We rebuilt all the models in 3D and re-export them in 2D. Even with the cinematics we had all of the original final frames but we didn't have the original source 3D assets so we had to work from a hodgepodge of different art assets to be able to recreate this.”

Bridenbecker added that while a majority of remasters are meant to introduce the game or franchise to a new audience, Blizzard’s reasoning to make StarCraft Remastered is a little different. Acquiring new users was not the core focus. Rather, it was all about bringing StarCraft’s fanbase over to Battle.net - Blizzard’s online platform.

“Millions of people around the world continue to be in love [with] and embrace this game. We want to connect them back into the modern Blizzard ecosystem through Battle.net,” Bridenbecker said. “StarCraft was not connected into our modern Battle.net, that alone was reason enough for us to look at it and wonder how could we do this. And as we went forward, we said it would be cool if we added [features] to it, we took that Blizzard approach to it where we wanted to add more and more functionality and features to modernise it and bake it into the modern ecosystem.”

Nonetheless, it’s far from feature complete. Over the course of its lifespan, StarCraft saw a host of mods and maps that aren’t accessible in StarCraft Remastered. Bridenbecker says this is going to change soon.

“There's a segment of the population in that's what we call EUDland. EUD is for the Extended Unit Death, a buffer exploit that existed where you can create cool custom maps but by being able to do so, you'd also be able to do all kinds of nefarious bad things on the player's system,” Bridenbecker elaborated. “So we had to patch that out of the ecosystem. We've got a really talented software engineer that has helped us reverse engineer how some of those exploits are being utilised in a controlled fashion so we can re-introduce some of the cool EUD maps back into the community. What you can see in the next couple of months is some of those cool EUD mods actually getting put back in the ecosystem in a controlled fashion."

Don’t expect everything to carryover to StarCraft Remastered just yet though.

“We're not going to hit every single one of them, but we're going to be able to introduce more and more of them over time and use that as a means to allow the community to continue to contribute really cool custom mods,” he said.

“I can't say forever more amen that StarCraft in any incarnation will never see a different platform but certainly StarCraft Remastered was really designed for the PC and still is a fundamentally keyboard and mouse-oriented game,” he said. "It would be very difficult to lift that up and move it over to the console. We actually had the N64 version of it. It was a cool game but even by extending it over to the N64, you saw differences which you would interrupt with the style of game. For us what we look at in StarCraft Remastered is that it continues to play really well on PCs.”