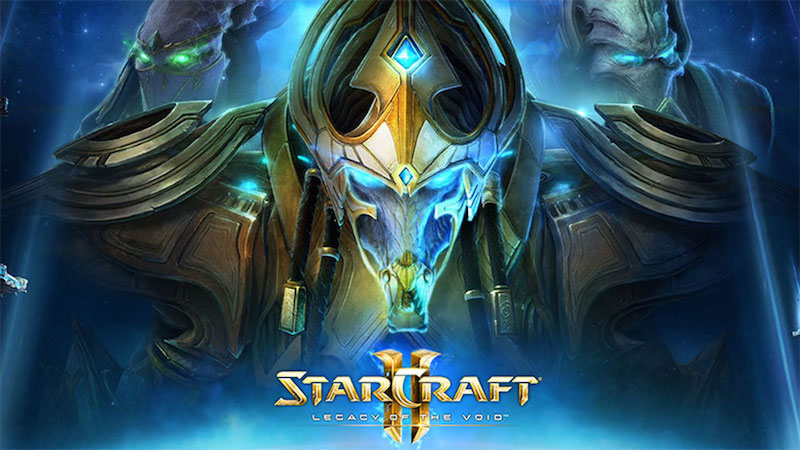 One of the biggest announcements of BlizzCon 2017 was that StarCraft 2 is going free-to-play. The real-time strategy game has seen a steady flow of updates after Blizzard wrapped up its final campaign - Legacy of the Void. Gadgets 360 spoke to StarCraft 2’s Lead User Interface Designer, Christoper Reed to find out why the free-to-play route was taken for StarCraft 2, and what we could expect next.

“The biggest reason for this decision [to go free-to-play] was to bring in more players. Now that we have our giant trilogy completed you get to play as one of the each races [Terran, Zerg, and Protoss]," Reed explained. "We have co-op missions, we have a new wave for new players to engage, before it was a lot of versus and it was difficult for a lot of players, but co-op brings in a nice unique way for players to come in and digest the content which is really cool. We feel that the timing is right now. We have enough that we can give to players and the big purpose was to give as much as we can.”

At BlizzCon 2017, Blizzard said that the first campaign, Wings of Liberty, would be free but users will have to pay for the next two campaigns - Heart of the Swarm, and Legacy of the Void - or just the last one if players already own the first two. We asked if Blizzard had plans to make Legacy of the Void free.

“Well, we love you. We love for being that far in [owning the first two campaigns]," he says. "But that's where that journey ends. If you want Legacy of the Void or Nova Covert Ops then you'd have to purchase those.”

Aside from purchasing the campaigns, there are War Chests - cosmetic items than can be bought in-game of which 25 percent of the proceeds would be used to push Blizzard’s StarCraft 2 e-sports initiatives. Moving StarCraft 2 to the free-to-play model could see a greater reliance on micro-transactions, though Reed believes that this is far from the case.

“The big goal here isn't a monetisation push, it's more of an engagement push. We want more players to come and enjoy the game," he says. "StarCraft 2 is a very difficult game and sometimes it can keep people from investing or wanting to try it. So this will allow players to step in and try it and that's the bigger agenda here. Accessibility is the bigger goal.”

Furthermore, don’t expect War Chests to turn into Overwatch’s loot boxes - where players are unaware of what they get with each purchase. The contents of the War Chests will be fixed in advance so players know what they're getting.

“We have no intention of doing loot crates any time soon," says Reed. "War Chests will stay the way they are. The goal with the War Chests is to support WCS [World Championship Series - Blizzard’s StarCraft 2 e-sports events]. So we want to be able to provide a fund with for players to engage for a window of time, support WCS and have a window where they can unlock a bunch of rewards at a discounted price.”

The Legacy of the Void StarCraft 2 campaign won't be free according to Reed.

It is important to note however that commanders — heroes (with their armies) that you choose to play as in StarCraft 2’s co-op mode - are free upto level five, after which you will have to pay to continue using them, except for Raynor, Kerrigan, and Artanis. No price has been announced for the heroes just yet. This is a shrewd move since co-op is quickly becoming StarCraft 2’s most popular mode.

“Years ago [the most popular mode] was 1v1 immediately. But the truth is actually campaign [is the most popular]," says Reed. "Now co-op has made a huge dent on those numbers. I'm very much into 1v1 myself but it's [co-op has] actually even become the way I play StarCraft. Co-op definitely now skyrocketed and is competing [with campaign].”

One more concern some have raised about going free-to-play is that an influx of new players will be at a distinct disadvantage compared to more experienced Starcraft gamers. This could also lead to a lowering of the overall quality of the fanbase.

“That's a possibility and that's an exciting possibility," says Reed. "When a new player comes in, they're not expected to be at that high level, the community is really excited about it right now so bringing in new players, it's a great way for them to foster those players, help the new generation come in and learn how to play the game."

"That will inject a lot of lifeblood and fun into the game and raise the community,” he adds. “The funny thing about StarCraft 2 is that it already has a split population [in terms of player skill]. It’s a tremendously large game. People come to play the campaign and now we have people who come for co-op and people who come for multiplayer.”

StarCraft 2's co-op is quickly becoming its most popular mode.

Speaking of being a large game, it was recently shared by gaming critic John Bain (also known as Total Biscuit) that StarCraft 2 has a monthly active user base of around 1.8 to two million players. It's a sizeable number, and we asked Reed if it was the case. His response was non-committal.

“I'm not sure where he's getting that information. But we do have quite a large player base. No specific numbers to talk about,” he says. Regardless, going free-to-play should see a spike in the game’s audience. Perhaps as a result, the focus for Blizzard is on adding more commanders to Starcraft 2's co-op mode, so don't hold your breath for Starcraft 3 just yet.

“If we can get to the place where we ran out of our StarCraft characters, we would probably make more. Players are demanding commanders. The pull is there and I think we would continue moving forward and see what we could do. But I think that's a long way away because we have so many characters to choose from.”