Splatoon 2 on Nintendo Switch: Release Date, Price, and Everything Else You Need to Know 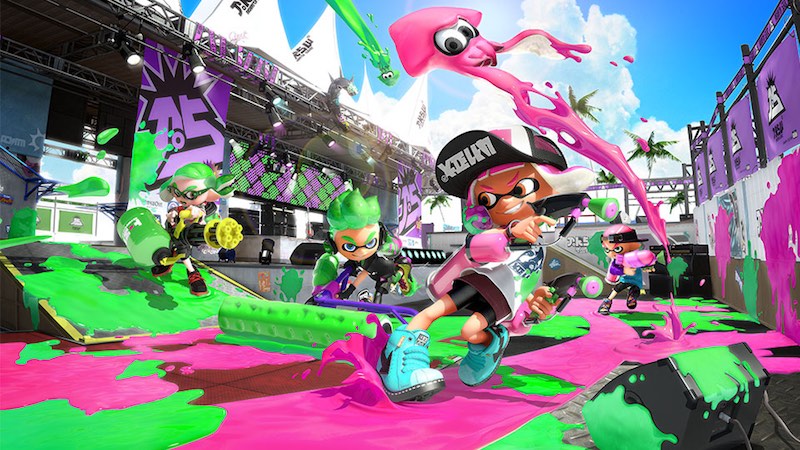 The Nintendo Switch is about to get another big game — Splatoon 2 — soon. This continues Nintendo’s trend of ensuring that the Switch gets one big game every month.

Splatoon 2, like its predecessor, is a third-person shooter where guns fire ink. You’re an inkling - a being that can fire weapons when in human form, or traverse through ink as a squid, replenishing ammo while doing so. This approach lends a layer of strategy to the normal run and gun mechanics of shooters. Here’s everything we know about the game so far.

Splatoon 2 is releasing on July 21 on the Nintendo Switch. Much like Mario Kart 8 Deluxe and previous Nintendo Switch games, ordering digitally will not allow you to preload the game.

Splatoon 2 costs $60 in the US and since the Nintendo Switch is a region-free console, you’ll be able to buy it digitally via the eShop for roughly Rs. 4,000, or close to Rs. 4,500 on cartridge via independent game stores if you’re in India.

Inklings have two forms
Splatoon 2 takes place in a fictional world where a species called Inklings reigns supreme. Inklings have a humanoid form and a squid form — and you can switch between these whenever you want to. Inklings can fire weapons when in human form, or traverse through ink as a squid and replenish ammo while doing so.

Inkopolis Square
Inkopolis Square is the city centre in the game. It’s where all the shops are, and where you go to different stores to access certain game modes. Galleria in Inkopolis Square has all the gear. You can go to various shops to buy different types of gear, so there’s a separate shop for headgear, and similarly for other items. These stores have names such as Ye Olde Cloth Shop and Shella Fresh Shoe Shop.

Gear can shape your battles
While we’re sure you want to know more about weapons, we think your gear may be more important in Splatoon 2. You could get gear to move faster or improve damage, and it’s important to remember that everything from clothing to shoes changes how you battle. You just need to find Murch at Inkopolis Square to add or remove gear abilities.

Splatoon 2 gear abilities explained
Thermal Ink - lets you track opponents you have hit, allowing you to see where they are even if they’re behind walls. Object Shredder - literally does what its name says — shreds objects such as boxes on the map. Quick Respawn - lets you return to the game fast if you die. Respawn Punisher - increases your respawn time. The Drop Roller - lets you perform a sideways or forward roll when you land, making you harder to hit.

You can check out other players’ gear on the map and decide your tactics accordingly. You can even buy food from Inkopolis Square and this helps you get more points and money during battles.

On to the most important bit in Splatoon 2 — weapons. There’s a separate weapon shop called Ammo Knights, where you can arm your squids to the teeth. Weapons come in sets of three — main weapon, sub-weapon, and a special weapon.

Splatoon 2 weapons - what’s new compared to the original Splatoon?
Splatoon 2, has a “Special Gauge”, which fills up slowly as you play the game. Once it is full, you can unleash your special weapon. You can see other players’ “Danger” icon to see if they have special weapons charged.

Some examples of special weapons include Ink Jet, which lets you float while shooting, Sting Ray shoots through walls, Splashdown causes an explosion after you dive down through the air, and Bomb Launcher allows you to launch a barrage of bombs onto the battlefield. There are more special weapons too, such as Ink Armour, which lets you increase armour of all your allies, and Baller that rolls you wherever you want, including up walls.

New weapons are in development too; one of them is called Splat Brella and it lets you block enemy attacks, shoot them with paint, and even dash charge.

SplatNet 2
If you’re wondering how you can find out when to play Salmon Run, you’re going to have to log in to SplatNet 2. This is available via the Nintendo Switch Online app on smartphones and it puts information such as stage schedules, gear, and other information at your fingertips.

You can also look at all your stats, win rates, lifetime inkage, data on last 50 battles, and a SplatNet shop that allows you to buy gear as well, which will show up in Splatoon 2 on Nintendo Switch. The app will also be needed for voice chat, should you decide you need that feature.

Amiibo are Nintendo’s take on the burgeoning toys to life segment. Like previous games on the Nintendo Switch, such as The Legend of Zelda: Breath of the Wild using amiibo unlocks in-game items via NFC. And while Zelda let you use amiibo from various titles, including those with no relation to the series such as Kirby, the company has reigned it in with Splatoon 2. You can only use original Splatooon and Splatoon 2 amiibo with the game.

Nintendo has announced that more weapons, stages, and gear will be released over the course of the next one year and Splatfests will be held for two years. However, there was no word on whether these will be free, or sold separately as paid DLC.

How to Restore Your iPhone From iCloud or iTunes Backup
MXene Could Help Make Batteries That Charge as Fast as Supercapacitors: Study