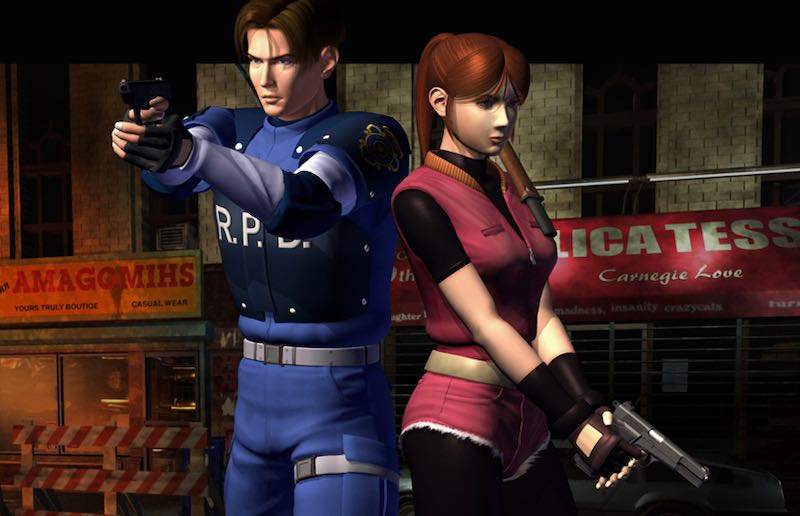 Resident Evil 2 for the PS4, Xbox One, and Windows PC is out on this month and in the run up to it, we've been playing the Resident Evil 2: DualShock Ver. on the PS Vita. Originally released in August 1998 for the PS1, it was an expanded version of Resident Evil 2 that first hit the store shelves in January of that year. This version brought support for the then new PlayStation DualShock controller as well as additional content in the form of new mini-games and an easy mode. Resident Evil 2: DualShock Ver. became the base of every version of the game that followed in that timeframe such as the PC and Sega Dreamcast ports, and it's now available as a digital download for the PS Vita, PSP, and PS3 via Sony's PS Classics label on the PS Store.

Developer Capcom claims that 2019's Resident Evil 2 is a different game, rather than a remake of the 1998 original, going as as far as to state that it won't be a "faithful one to one" of the PS1 classic. Going by the Resident Evil 2 on the PS4 Pro before diving head on into the nearly two-decade classic makes it easy to see why.

The most obvious point of contention would be the game's graphics. Resident Evil 2: DualShock Ver. is a blurry mess of polygons that was somewhat serviceable during the early days of 3D gaming but has aged poorly. Even on the PS Vita's smaller-sized screen that makes it easier to hide the imperfections, it does little to make a late 1990s release such as this one playable. From the cheesy cutscenes to the wooden cinematics, the visuals of Resident Evil 2: DualShock Ver. don't hold up. You can almost count the number of pixels in its many zombie-laden scenes.

Nonetheless, we were able to overlook its glaringly pitiful presentation thanks to its unique control scheme. You see, Resident Evil 2: DualShock Ver. features what's known as 'tank' controls which are replicated in their entirety on the PS Vita. This allowed you to either move or turn — not both at once mind you — something that was necessitated with a fixed camera system that changed perspectives because of character movement. Controlling protagonists Claire Redfield and Leon Kennedy is a tense experience that augmented a game fraught with jump scares and horror aplenty.

At the time, it was named as the DualShock version because it merely brought support for the aforementioned tank controls to the PS1 DualShock controllers rather than augment the game with another control scheme, which is fine by us. From navigating dark corridors trying to avoid the undead to squaring off against Mr. X, an unstoppable monster, every moment felt like a triumph. It's a feeling that seems amiss with most games that focus on polish rather than a sense of achievement.

Granted, Resident Evil newbies may balk at the notion of being forced to "master" 1998 Resident Evil 2's controls, but it was a part of the game's charm that works well with its tight, fixed camera angles, and focus on exploration.

And while the community surrounding the game would gladly preoccupy themselves discussing the merits of the tank control scheme, other salient features of the original appear to have been overlooked.

Resident Evil 2's zapping system would result in certain elements of the game's story changing, be it the fate of specific non-playable characters like Marvin Branagh or enemies you square off against like crocodiles. Till this day, this remains one of original's redeeming traits, something few titles have replicated, allowing for new perspectives to the game's events with each subsequent playthrough.

You'd think that such a novel feature would find its way back to 2019's Resident Evil 2. Capcom thought otherwise, opting to present all story elements across single playthroughs for Claire and Leon, believing that the zapping system would make for a game that's repetitive for contemporary audiences.

Sure, Capcom wants the franchise to reach a wider audience, but does it make sense to do so by bringing back a cherished title without features that made it so endearing to begin with? And if it doesn't bear what its fans believe are the redeeming characteristics of the original, why even call it Resident Evil 2 altogether? It's a risky move, making us wonder why Capcom didn't decide to make a brand new horror game with all its cutting-edge tech instead of slapping the 'Resident Evil 2' moniker on it.