PUBG Mobile Tips and Tricks for Beginners: How to Increase Your Odds of Surviving and Getting a Chicken Dinner

A collection of basic tactics every beginner should follow 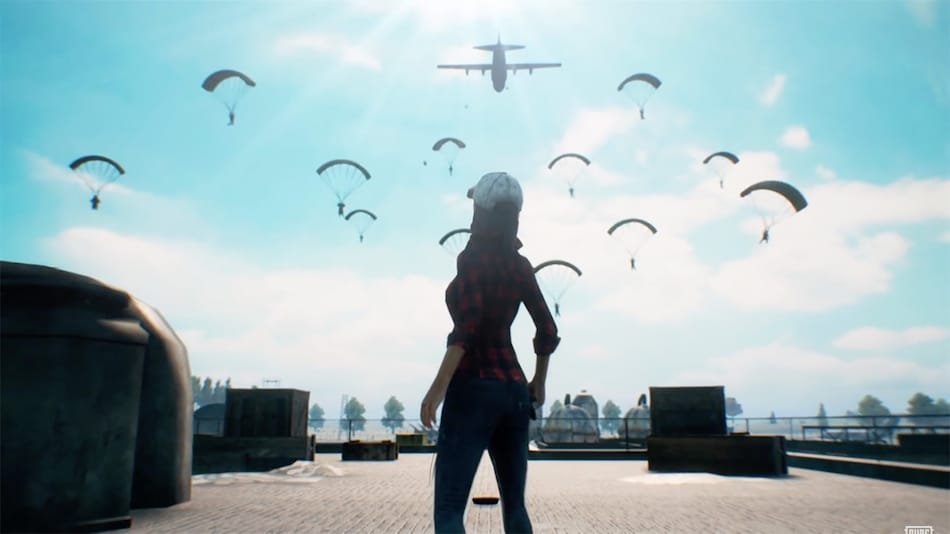 PlayerUnknown's Battleground's mobile port, PUBG Mobile, is a hugely popular open-world survival shooter game that's available for free on Android and iOS. It's been one of our favourite multiplayer games at Gadgets 360 and now, with the whole country in lockdown, there's no better way to kill time than with a few rounds of PUBG Mobile every day. In fact, we've even recommended it in our favourite multiplayer games to try out if you're stuck at home with nothing to do.

We realise many of you are already seasoned PUBG Mobile veterans but with the lockdown, we're sure there have been many new players who've installed the game for the very first time, perhaps due to peer pressure from their friends and family, or just plain old curiosity. If you're one of those new players, then there are some basic strategies and tactics you should be aware of, if you want to survive till the end.

Whether you're playing solo or with a team, it's good to know your way around the game's settings and various gameplay elements, which should give you a strategic advantage over others. We've put together a short list of what we think are some of the basic tips and tricks every PUBG Mobile beginner should be aware of.

We've tried to keep it simple, but if you feel we've missed any important ones, then please feel tell us via the comments below.

PUBG Mobile tips: Familiarise yourself with the on-screen controls

If you're new to playing third-person shooters on a smartphone, then it's important to first get comfortable with the basic controls. In the first few matches, don't worry about trying to win a match but simply practice running, aiming, crouching, etc. This will also help develop muscle memory of the control layout so the next time you need to pull the trigger in a hurry, you won't have to search around for the right button.

If you're not comfortable with the default controls then you can choose from three preset controls or customise each one to your liking. The game lets you move the on-screen buttons around, modify the size and transparency of them too.

When playing a Classic map, either solo or as a team, it's best if you don't land in a very “popular” spot as the chances of getting killed upon arrival are a lot higher. For example, if you've chosen the Erangel map, then places such as the Military Base, School, Pochinki and Hospital are some of the places where most players land since there's a variety of weapons and stuff to be looted. It's also high-risk, so if you're not seasoned enough, you will get picked off almost immediately.

Choosing an area on the outskirts of the island won't give you as much variety of loot, but it should increase your chances of survival, especially if you're a beginner.

PUBG Mobile tips: Keep an eye on the map

It's easy to loose track of time looting houses in PUBG Mobile, which is why it's important to keep an eye on the map. Tapping the map icon in the upper right corner, gives you a fair idea of where you need to be in order to make it to the end. As much as possible, try and be inside the play area (the white circle), as with time, this circle keeps shrinking. When the game begins, there's usually plenty of time to make it inside the circle, even if you happen to land far away from the play zone.

Keep an eye out for the ‘blue' zone though, which surrounds the main play area and intermittently keeps shrinking too. If you're caught outside the blue zone, then your health starts dropping rapidly, till you make your way inside it.

The map also shows you nearby gunfire, so you know from which direction an opponent is approaching. If they are walking or running, you'll also see little footstep imprints on the map, to alert you that someone is nearby. ‘Red zones' are also displayed on the map, which alert you of an upcoming bombing streak. If you're caught in a red one, simply find some shelter till it passes.

Killing an opponent will leave a small loot box on the ground with all the player's weapons, ammo, that he or she has collected over the course of the game. Ideally, don't get greedy and break cover just to loot the crate. There is a very good chance that other members of your opponent's team are around and could ambush you when you do so. We've seen this happen countless times, so don't make this rookie mistake.

PUBG Mobile tips: Tinker with the graphics for smoother gameplay

When you first fire up PUBG Mobile, the game will automatically choose the best graphics preset, depending on your phone's processor and RAM. However, in case you still find the gameplay a bit choppy, then you can reduce it further. Head to Settings > Graphics, and from here, you can play with the Graphics and Framerate buttons. Lowering one or both of these settings should result in smoother gameplay. The game might not look very visually appealing when you lower the settings, but at least it should be smoother, which is what really matters.

When scavenging houses for ammo and weapons, don't forget to stock up on grenades and molotov cocktails too, if you come across them. Smoke grenades help you create a diversion, while frag grenades are useful in flushing out enemies who are camped out in the upper floors of a building or house. Molotov cocktails are equally deadly and can deal some good amount of damage, while flushing out enemies into the open.

Other than a pistol, you have two slots for your two main weapons, so choose them well. You'll want one gun which is good for close to medium range shots and the second for long range shots. An assault rifle like the M416, AKM or SCAR-L are some of the staples in PUBG Mobile. We prefer the M416 the best as it has a high rate of fire, is compatible with most attachments and doesn't have a lot of recoil.

For our second gun, we usually prefer a long range weapon like a sniper rifle, such as the VSS and SKS. In case you don't find a sniper, you can simply search for a high-zoom scope and fit to a second assault rifle. We'd also recommend choosing two of your main weapons with different bullet types. This way, you're not sharing the same bullets across two guns.

PUBG Mobile tips: Don't take a shot unless you're certain of a kill

In PUBG Mobile, you can take two routes of gameplay. If you're already well inside the play zone and have looted enough supplies, you could find a cozy spot on a roof a house or building and simply camp there. It's not going to be very exciting at first, but if you have a good vantage point and with a long-range weapon, it can be a lot of fun to pick off enemies one by one, as they approach you.

However, only take the shot if your opponent is within range and you have the right gun for the job. There's no point in firing a shotgun at someone who's hundreds of meters away, as you'll only be giving away your position by doing so.

PUBG Mobile tips: Use vehicles as much as possible

Traversing the maps of PUBG Mobile can be a chore, especially bigger ones like Erangel. There are various types of vehicles strewn all over the map so at times, it's better to simply hop into one of them and drive to where you need to go. Remember that driving or riding a vehicle will alert other players with a corresponding icon on their maps, so use vehicles wisely. There are even boats in the game and at times, the road isn't always the quickest option so spend some time on the map to plan your route.

Part of the fun in PUBG Mobile is playing as a team. Whether all of you are sitting in the same room or in different places, it's important to constantly communicate what's happening around you. You might stumble upon a stash of bullets that's needed by another teammate or you might spot another team approaching — all of which needs to be communicated with your team.

The compass on the top of the screen is extremely useful in informing your squad the direction from which you've heard gunfire or seen an enemy sneaking past. In case you die prematurely, it's good to spectate the match, in case you spot something your teammate can't.

Sound plays an important part in surviving a match of PUBG Mobile. It's best if you use a pair of wired headphones as the spatial separation makes it easy to sense the direction in which an enemy is approaching or even if you need to chat with your teammates. Unless you have really good speakers on your phone, headphones are the way to go. Bluetooth earphones work just fine too but make sure they have a low latency, so there's minimal delay between your actions in the game and the corresponding sound you hear.

If you've made it to the last moments of the game, where the white circle is very tiny and there are just a handful of players remaining, it's best to keep your movements to a bare minimum. Since there's a very small play area, any movement you make will be amplified and the chances of being spotted increase exponentially.

If the final play area shrinks around an open field, then its best to simply lay prone in the grass and move slowly, using the grass as over. You should also use the ‘eye' icon to look around, without moving your character too much. Make sure your magazines are fully loaded, your health is fully patched up and have an energy drink if you have any left, for a boost in health. Once again, don't fire if you're not sure about getting a kill, as that will give away your position.

We hope these tips have been helpful if you're just starting out in PUBG Mobile. Feel free to share your thoughts in the comments.

Thappad, The Goldfinch Out in May on Amazon Prime Video
2020 Flagship iPhone Models' Mass Production to Be Delayed by a Month: Report