PUBG Mobile Android and iOS vs PUBG PC vs PUBG Xbox One: What’s the Best Way to Play? 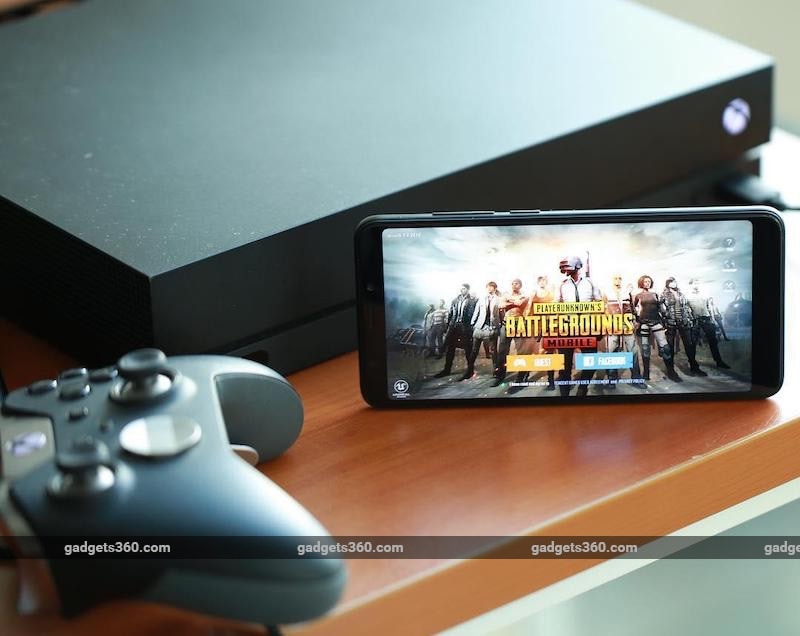 With PUBG Mobile for Android and iOS getting the Sanhok map as well as PUBG version 1.0 hitting the Xbox One after being available on PC, there are plenty of places to play PUBG Corp's battle royale hit aka PlayerUnknown's Battlegrounds. But what's the best to play it on? For this, we looked at the Android, iOS, PC, and Xbox One versions of PUBG. Here's what you need to know.

PUBG does not have cross-platform play
Unlike Fortnite, progress from one version of PUBG doesn't carry over to another. That's because the PC, Xbox One, and mobile versions have been made been made by different developers. Tencent's Lightspeed and Quantum Studio made PUBG Mobile while PUBG Corp has created the PC and Xbox One versions of the game. And though this might change in the future, don't expect to have your friends on Xbox One join in on the action on PC or Android anytime soon. Players on Android and iOS however, can play the same PUBG Mobile matches together.

If you plan on playing PUBG on PC, this is what you'll need.

PUBG Mobile Android device requirements
Recommended specs for getting the most out of PUBG Mobile on Android requires you to have Android 5.1.1 or above and at least 2GB RAM.

Keep in mind that you will need a stable, persistent Internet connection to play PUBG due to its always online nature.

PUBG PC settings explained for best performance
Despite being out of early access for nearly a year, PUBG on PC is far from optimised. In particular, it's tough to get a locked 60 frames per second even on systems that are over and above its recommended spec. The issue is so prevalent that PUBG Corp announced a three-month plan to fix the game's performance on PC.

With that in mind, we'd recommend setting the Field of View to 103 and View Distance to Ultra as these allow you to see as much as possible while keeping Anti-Aliasing, Post-Processing, and Shadows to Low.

Other options such as shadows, textures, foliage, and effects should also be turned to their lowest possible setting. Additional visual options such as foliage and motion blur should be turned off. All of this would ensure the highest possible frame rate necessary for fluid, responsive performance that should give you the edge in battle.

PUBG Mobile settings explained for best performance
On the other hand, PUBG Mobile is a different beast. It's well optimised for most devices, allowing us to play the game smoothly regardless of our choice of smartphone on Android or iOS. Be it the iPhone SE, Redmi 5, Poco F1, or the iPhone 8 Plus, we never felt the need to go into the game's settings and tweak performance.

That said, if you find PUBG Mobile not running to your satisfaction, you could go into the settings and toggle the Frame Rate option to High, Graphics to Smooth (which requires a restart) and ensuring Style, which is a filter put over your game, is set to No Style. This should ensure the smoothest gameplay no matter the device you're using.

And if that's not enough, you could use third-party apps like GFX Tool to force 60 fps and lower graphics even further for the best possible performance. It is important to note that Tencent could ban your PUBG Mobile account from accessing the game for using GFX Tool if reports from players are to be believed. We wouldn't recommend using it unless you absolutely needed to play PUBG Mobile on ageing hardware and don't mind losing your progress in the event of being banned.

PUBG Mobile vs PC vs Xbox One best way to play
From our experience, PUBG Mobile is the best way to play PUBG for numerous reasons. First, it's exceptionally optimised for low-end and mid-range Android and iOS devices, which means you don't have to spend much as you would for a PC or Xbox One if all you want to do is play PUBG. Secondly, the game gets a stupendous amount of support from Tencent. Be it receiving modes which made it to PC and Xbox One first like War Mode or maps like Sanhok, PUBG Mobile is feature complete and isn't lacking in any content. In fact it gets even more when you consider exclusive fare like the Mission Impossible Fallout collaboration.

However if you must play PUBG on a bigger screen, the Xbox One variant is the way to go. Ideally, the Xbox One X thanks to the more consistent frame rate and sharper visuals. But it performs much better on the Xbox One S now than it did at launch, making it a cost-effective option. Both Xbox One X and Xbox One S consoles still suffer from frame drops when jumping out of the airplane at the beginning of a match, but otherwise they're acceptable. The control scheme takes some getting used to and there's a very slight, albeit perceptible latency between pressing a button and actually seeing that action play out on screen such as picking up an item. These concerns were acceptable a year ago, but with the advent of Fortnite and Call of Duty: Black Ops 4's Blackout mode, they stick out like a sore thumb. No surprise then that the Xbox One version of PUBG finds itself on the "fix PUBG" roadmap.

Speaking of which, the PC version is still the worst way to play. On our test rig consisting of an Intel Core i5 3470 at 3.2GHz, 16GB RAM, an Nvdia GeForce GTX 1070, and the game installed on a 500GB SSD, we saw a solid 60fps at 1920x1080 with all details maxed out. This was better than the 45fps we experienced when the game exited beta last year. However, the PUBG frame rate on PC would still drop ever so often making aiming inaccurate and movement feel clunky. The inconsistent frame rate ruins the game's pacing more than anything else. Granted the i5 3470 may be a bit older than the game's minimum recommendation of an i5 4430, but it's slightly more powerful than that chip. If you've been playing PUBG on PC from the get go, you'd probably want to stick around due to all the progress you've accrued since its launch on Steam, but if you're new to the game, we'd recommend PUBG Mobile or PUBG on Xbox One instead.

As for the PS4, PUBG Corp hasn't confirmed a PS4 release but it has said it wants to see the game on all platforms. It may very well be that the PS4 version of PUBG may outshine what we've seen on Xbox One and PC if the host of tweaks and improvements to the Xbox One and PC versions are carried over to an inevitable PS4 PUBG release.