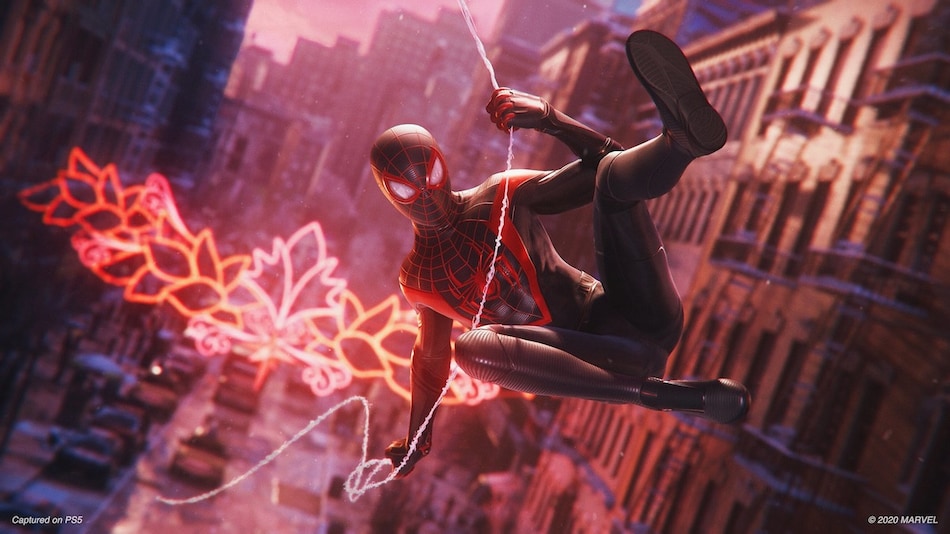 A new Spider-Man game. A Horizon Zero Dawn sequel. And a new Gran Turismo, Resident Evil, Hitman, and NBA 2K. Sony had an eventful PS5 games reveal, as it announced over two dozen titles for the PlayStation 5 — including several exclusives — that will release on its next-generation console at launch or thereafter. The PS5 event also gave us our first look at the console itself. It was unexpected, even though many had hoped it would happen. With that, it's time to quickly run through the biggest PS5 announcements.

From one angle, the PS5 looks like two white layers sandwiching a black interior. But more importantly, there will be two PS5 variants at launch: a PS5 with a 4K Blu-ray disc drive, and PS5 Digital Edition minus the 4K Blu-ray disc drive. Both were revealed in the PS5 hardware trailer.

Having been introduced in the 2018 PS4 original, Miles Morales now takes centre stage in the PS5 sequel. What happened to Peter Parker? No clue as yet. Spider-Man: Miles Morales is a launch title for the PS5, and if it's a next-gen exclusive, it's going to sell a lot of PS5s. Watch the first trailer.

Simulation racing goes up a further notch on the PS5 with Gran Turismo 7, the next iteration in the long-running franchise. The Gran Turismo 7 trailer features a lot of cars — Porsches, Lamborghinis, LeMans, you name it — alongside a look at the menu and game modes. Expected at launch.

The sequel to PS4's Horizon Zero Dawn takes place in the Forbidden West, “a distant land in a far-future America ravaged by massive storms.” The three-minute Horizon Forbidden West trailer is gorgeous and reminiscent of Avatar in the beginning, though it quickly establishes its own identity soon after.

Having skipped PS4 Pro and Xbox One X, Rockstar is now promising an “expanded and enhanced” GTA 5 for next-gen consoles in 2021. It will also come with a new, standalone GTA Online exclusively for PS5 that will be free for a limited time. Learn more at the link.

The last of the Sony-owned exclusives announced at the PS5 event is a new Ratchet & Clank that's as over-the-top as always and finds the titular duo travelling great distances through inter-dimensional rifts. Hence the title. No word on release year.

One of the high-profile third-party PS5 exclusives come from Square Enix. Project Athia is a story-led, action-packed adventure that promises “a vast and detailed world filled with beauty and dismay.” The one-minute Project Athia trailer is an inkling of that. Again, no word on release.

Bethesda is behind another promising PS5 exclusive out in 2021. Ghostwire: Tokyo is an action-adventure title that places you in the titular Japanese capital that's filled with “spirits and mysterious otherworldly threats.”

Dishonored maker Arkane Studios' next title, which will let you take on every mission in your own way and tine, will be a PS5 exclusive. The three-minute Deathloop trailer has a lot to show.

IO Interactive delivers the final chapter of its World of Assassination trilogy, with players back in the shoes of Agent 47. The one-minute Hitman 3 trailer gives you an idea of the locations you'll be visiting.

Resident Evil returns to first-person perspective for this new tale that claims to put a larger focus on combat and exploration.

The one-minute NBA 2K21 trailer gives us a look at pre-alpha footage from the next version of the best-selling basketball game.

You get to play as a god-like warrior in this game that's still in development, but expects to be available on the PS5 and PC in “Holiday 2020”. The developers, Counterplay Games, call it a “console debut”, which means it will come to the Xbox eventually.

And a lot more

While those were the biggest PS5 announcements, it still leaves out another dozen games coming to the PS5.

Among indies, we've a cat meets sentient drone in Stray, an archer and an eagle go on a mythic journey in The Pathless, and a vast open world in Solar Ash. Those three titles are published by Annapurna.

Then there's four story-driven titles: adventure Bugsnax (from Octodad creators), action-adventure Kena: Bridge of Spirits and Jett: The Far Shore, and Goodbye Volcano High about love and friendship in the end of days.

That leaves Little Devil Inside set in a “Victorian-like” era, and a new entry in the long-running series with Oddworld Soulstorm.

Beyond indies, Capcom promises a thought-provoking game in Pragmata. And that's the end of the PS5 game announcements.