It’s in the game! Wait no, that’s the other one. 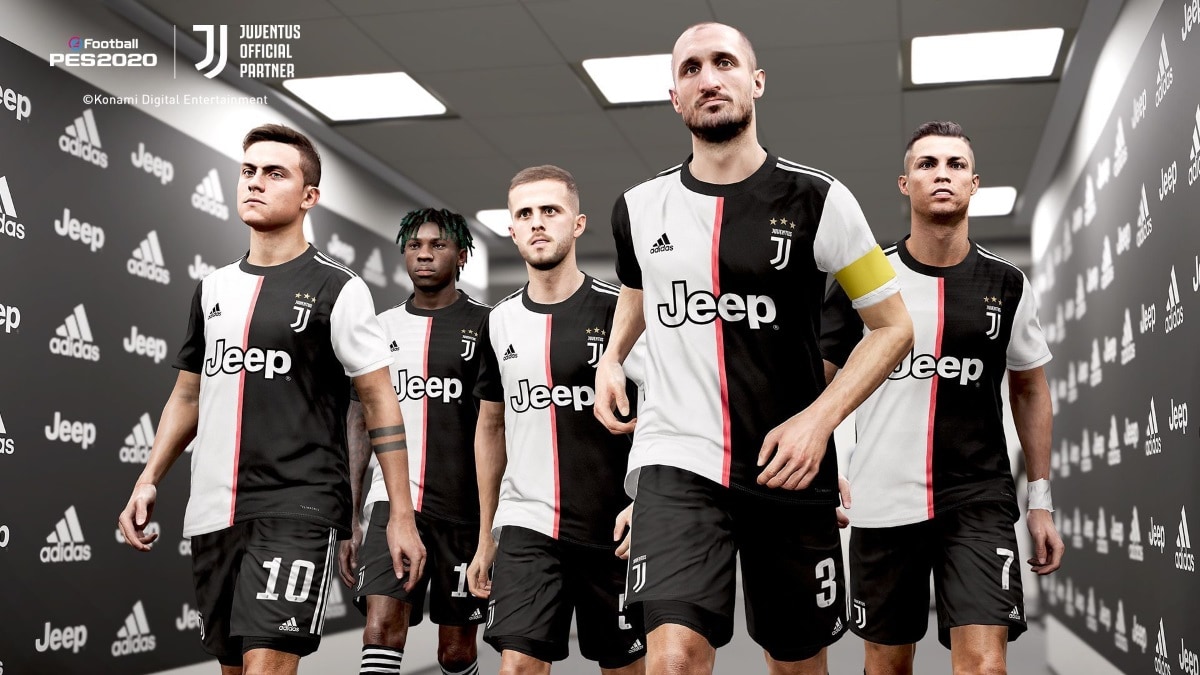 Juventus are exclusive to eFootball PES 2020

The European football season is in full swing and that means it's time for new iterations of football video games. Before the more popular EA Sports arrives with FIFA 20 late September, its sole rival Konami is offering the next version of Pro Evolution Soccer — eFootball PES 2020, as it's now officially called — next week. Konami is pursuing online gaming — hence the ‘eFootball' — with more interest going forward, and it's added to that with new partnerships with the likes of Juventus, Bayern Munich, and Manchester United to add to the one with FC Barcelona. In fact, Juventus are exclusive to PES 2020, which means FIFA 20 can't use the name, logo, and kits.

That's just some of the many new changes that are coming to the new PES game. Here's everything you need to know about eFootball PES 2020, including release date, special editions, pre-order and pricing, PC system requirements, player database and ratings, cover player and ambassadors, gameplay trailers, licensed teams, leagues, and stadiums, additions and updates, and more.

eFootball PES 2020 is out Tuesday, September 10 everywhere except Japan, where it releases September 12. PES 2020 will be available on PC, PS4, and Xbox One.

Konami is moving away from the three editions it had for PES 2019 to just two editions for eFootball PES 2020. As always, they carry digital bonuses, with additional bonuses for those who pre-order.

That's all you get with the physical copy. Digital pre-order of Standard Edition comes with Andrés Iniesta on loan for 10 matches, 1,000 myClub coins, and a PS4-only PES 2020 Messi theme.

As with previous years, eFootball PES 2020 won't have a retail release on PC and will only be available via Steam. For those on PS4 and Xbox One, physical disc copies of eFootball PES 2020 Standard Edition are up for pre-order at Rs. 3,499 on Amazon and GamesTheShop in India.

Here are the prices for digital eFootball PES 2020 editions:

Konami is offering a 10 percent discount on PES 2020 Legend Edition if you purchase in-game through PES 2019.

PES 2019 was most affordable on PC, but Konami has done a 180 pivot on eFootball PES 2020's price in India, as it's now the most expensive. For what it's worth, the PC requirements are as the same as last year.

Common specifications include DirectX v11, and 40GB free space on your HDD / SSD.

While we've yet to browse through the game ourselves, unaffiliated site PES Master claims it has exported the entire eFootball PES 2020 database — worth 3,763 players across 134 teams — from the PES 2020 demo that was released last month. These ratings may not be final though, as Konami does tend to release roster updates around launch day.

Lionel Messi is back as the PES cover star for the first time in eight years with eFootball PES 2020, and he's joined on the cover by three ambassadors — Juventus' Miralem Pjanić, Bayern Munich's Serge Gnabry, and Manchester United's Scott McTominay — representing the three new big licenses Konami has spent on.

Konami released the first trailer (below) for eFootball PES 2020 at E3 2019 in June. We then got a second trailer courtesy of the demo launch in August, though that was naturally limited to the demo teams and players.

Konami is promising updates and additions on three fronts primarily: gameplay, manager mode, and “Matchday”. In terms of gameplay, there's a new dribbling mechanic called Finesse Dribble, which we touched upon in our PES 2020 demo impressions. Additionally, eFootball PES 2020 also promises new first-touch techniques, context-sensitive accuracy, improved ball physics, and more realistic defence. Save for the last of those, everything else has been developed in close consultation with Iniesta.

That brings us to manager mode, better known as Master League in PES. Konami claims it has been “completely revamped” with a more authentic transfer market, more realistic transfers, more involved player negotiations, and more emphasis on youth development and fan support co-relation. Rivalries will be brought to life with dedicated cutscenes. For some of this, you'll interact with the help of an interactive dialogue system.

With famous clubs, players will have to be more adept in managing their squad to navigate a packed fixture list that includes international games. Konami is promising an overhauled menu design for such off-pitch matters. Lastly, eFootball PES 2020 features improved manager models, allowing you to choose from real-world managers such as Cruyff, Maradona, Zico, Romario, Bebeto, Roberto Carlos, Matthäus and Gullit.

And that leaves “Matchday”, a brand-new online competitive mode in eFootball PES 2020 that will follow real-life derby matches. Players will have the option to pick one of the two sides, and will then face off against the opposition in group matches to earn ‘Event Points'. As the event draws to a close, all the points will be tallied up to determine the best user for each side. These players are ‘Representatives' as they will compete in the Grand Final with the club they support.

Beyond that, Konami is bringing new skills and player traits just like last year, including Aggression, Tight Possession, Through Ball, and Long Shot. While three of those are self-explanatory, players with ‘Tight Possession' skill can navigate tight pockets of space and emerge with the ball thanks to their superior finesse and technique.

Lastly, while Konami chose not to renew the major UEFA club tournament licenses — in Champions League, Europa League, and Super Cup — last year, that wasn't the end of its partnership. To that effect, Konami has already signed a deal for UEFA Euro 2020, which will bring over 50 national teams and all the host stadiums in spring 2020 as free downloadable content (DLC).

At the time of writing, Konami has yet to provide review access to members of the press. A review embargo is not publicly known either. Given the game releases in less than a week, eFootball PES 2020 reviews will only be out in the week of launch, if we'd to guess.

Konami has announced that the eFootball PES 2020 Mobile release date on Android and iOS will be in late October. The mobile verson will be in line with its new focus on online gaming — ‘eFootball' — which includes the new “Matchday” mode we previously discussed, in addition to bringing over the new Finesse Dribble mechanic from the main game. All the new club partnerships will carry over as well, naturally. Konami is also promising improved graphics, claiming the team has pushed Unreal Engine 4 even further.

While there are several additions to eFootball PES 2020 Mobile, there's also a removal, with Local Leagues being taken out.