The EA Sports’ FIFA rival is out of the gates first again. 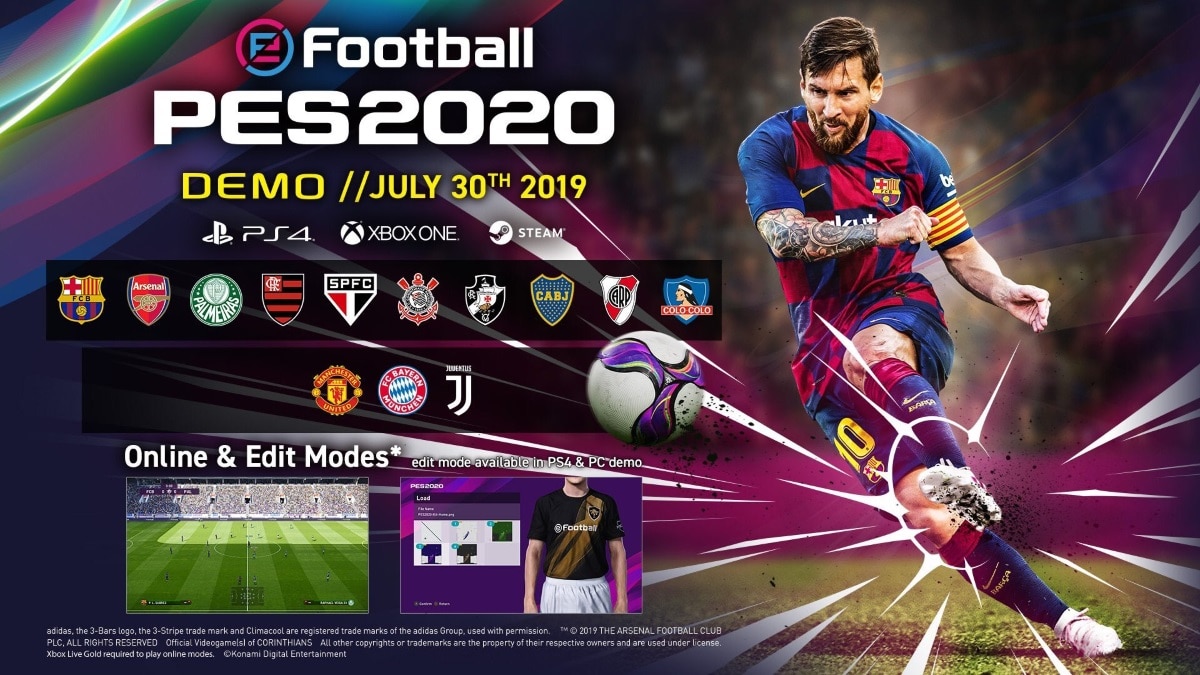 The release date of PES 2020 — or eFootball PES 2020, as it's now officially called — is still a month and a half away but Konami is so excited to showcase what it has made that it's releasing a demo of its latest football sim earlier than ever. This week, in July. And with exclusive partnerships with the likes of Juventus and Bayern Munich, in addition to new partnerships with Manchester United and Arsenal to add to its long-term deal with FC Barcelona, the PES 2020 demo does have something to show off after all. There are a few promised changes in gameplay, which we'll talk about in more detail in our impressions piece after the demo is out, but for now, here's all you need to know about the PES 2020 demo.

Update: It's out now on PlayStation Store and Microsoft Store.

The 13 teams in PES 2019 demo are spread across seven domestic leagues. Here's the full list:

Like last year, the PES 2020 demo will allow you to play both offline and online. You'll get access to Exhibition Match, Co-op Mode, Online Quick Match, and Online Co-op. That means you can play single-player or multiplayer versus AI, and multiplayer alongside and / or against a mix of AI players and human players.

But this time around, Konami is also including the Edit mode in the PES demo, which will only be available on PS4 and PC. This is the first time that the Edit mode is coming to the demo, which gives fans extra time to play around with creating their own kits, editing teams, et cetera. Konami says you can carry over those edit files from the PES 2020 demo over to the main game.

Having played the demo, we can tell you that the three stadiums in the PES 2020 demo are Bayern's Allianz Arena, Palmeiras' Allianz Parque, and the fictional Neu Sonne Arena.

Again, Konami hasn't announced anything. Steam just states you'll need “a 64-bit processor and operating system”, which essentially feels like a placeholder given most games need that.

There's no word on PES 2020 Android or iOS versions, and you shouldn't expect to hear anything before October. For context, PES 2019 mobile released only in December, but that was also because of a new engine. PES 2020 mobile release date should be before December 2019. Again, these are just educated guesses on our part.