Online 'Swatting' a Hazard for Video Gamers and Police 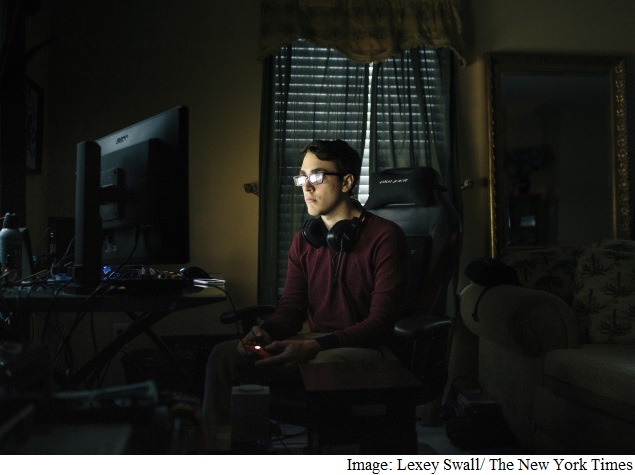 Practical jokers have delighted for years at tormenting celebrities at home by calling in bogus reports of violence and provoking huge police responses.

Now they have found a way to turn their pranks into an instant public spectacle by setting their sights on a new set of victims: video gamers who play live on the Internet, often in front of huge online audiences.

Last month, several hundred people were watching Joshua Peters as he played the game "RuneScape" from his parents' home in St. Cloud, Minnesota. A video of Peters shows him suddenly leaving his computer when police officers appear at the house and order him and his family at gunpoint to lie face down on the ground.

Someone had called 911 claiming Peters had just shot his roommate. Shortly after defusing the situation, Peters returned to his live stream and tearfully rebuked the culprit, whom he assumed was among his audience. Peters, 27, said 20 to 30 people on the Internet immediately claimed responsibility for the hoax, but he has no idea why they picked on him.

"I don't really have any beefs with anyone out there online," said Peters, a US Air Force veteran.

But Peters did have a camera trained on him. He is one of thousands of gamers who use hugely popular live online video services to entertain others and make money. And those cameras have made them irresistible targets for swatting, as the prank is called, allowing mischief makers to indulge their voyeurism by watching the tense and confusing moments of a police raid.

That has created an unexpected occupational hazard for gamers. Build a following by streaming - and make yourself a potential target.

"With the live-streaming platforms, it amplifies the entire situation," said James Clayton Eubanks, 22, who says he has been swatted about a half-dozen times while he streamed his "Call of Duty" sessions. "Not only do they get to do this and cause this misery, they get to watch it unfold in front of thousands of people."

Eubanks was terrified the first time police officers showed up at his front door in West Virginia pointing assault rifles at his face. It was late 2013, and the officers were responding to an anonymous 911 call. The caller said someone at Eubanks' home in Morgantown had a bomb and was holding hostages. But the call - like the ones that occurred over the next few months - was a prank.

The only violence, Eubanks told officers when they arrived, was taking place in the "Call of Duty" video game he was playing online.

"I was desensitized to it after the first couple of times," Eubanks said. "It got to the point where it was more annoying than scary." 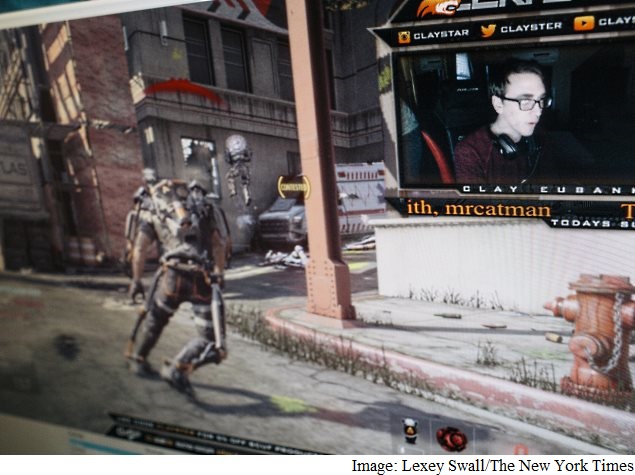 Some victims are well-known professional video game players like Eubanks, who has 386,000 followers on Twitter and a regular schedule of live-streaming practices and competitions on Twitch, the most popular live video site for gamers.

Traditional celebrities, those in the entertainment industry, are still targets. Last week, police officers responded to a false report of a shooting at the Miami Beach home of the rapper Lil Wayne.

Gamers, though, appear to have easily overtaken them as swatting victims. They are among the most avid live streamers around, so much so that Amazon bought their favored broadcasting service, Twitch, last year for around $1 billion. Game culture, too, is plagued by rivalries and grievances that can quickly turn toxic.

"It's one of those things where this is fun for them just like video games are fun for us," said Hector Rodriguez, owner of a professional "Call of Duty" team, OpTic Gaming, whose players have been swatted multiple times while live-streaming at their team home outside Chicago. "It's a hobby. That's what makes them smile."

Game companies like Twitch have publicly said that swatting is dangerous, but that there is little else they can do to prevent the pranks.

Tallying all the swatting calls is difficult. The FBI, for example, said it had no statistics on swatting. Yet reports of such calls have been coursing through gaming news sites with increasing regularity, and there have been more than a dozen prominent examples in the last year.

Richard Beary, president of the International Association of Chiefs of Police, said police departments around the country say swatting is on the rise. In addition to the potential for physical harm, he said, the calls divert resources from local governments.

"It's an incredible waste of money," said Beary, who is also the police chief at the University of Central Florida in Orlando. "It's dangerous for victims and law enforcement."

Swatting has become enough of a drain on local resources that the state's attorney for Will County in Illinois, James W. Glasgow, recently proposed state legislation that would require defendants found guilty of swatting to pay back municipalities for calling on emergency responders. Swatting victims say they have been able to prevent repeated raids at their homes by asking the police to note in records available to emergency dispatchers that they are likely targets.

Tracking the culprits behind the pranks is difficult. While bomb scares and other hoaxes have been around for decades, making threats anonymously has never been so easy.

Swatters use text messages and online phone services like Skype to relay their threats, employing techniques to make themselves hard to trace. They obtain personal addresses for their victims through property records and other public databases, or by tricking businesses or customer service representatives at a victim's Internet provider into revealing the information.

The few swatting investigations that have caught suspects often involve a gaming connection. Last month, Brandon Willson, 19, was arrested at his parents' home in Las Vegas on accusations that he reported a false murder at a home in Naperville, Illinois, to the city's 911 line, prompting a SWAT team to show up at the home. The victim was someone he had quarreled with through an online game.

Rich Wistocki, a detective at the Naperville Police Department, declined to discuss the specifics of the case. But Wistocki said he had been swatted at his own home. "The only reason why they do it is to get publicity among their gaming crews," he said. "They're like thugs on the Internet."

Willson, who posted bond this month in Illinois, could not be reached for comment. He faces up to five years in prison if he is convicted.

His mother, Brenda Willson, said her son recently graduated from high school and does not "smoke, drink or have tattoos." She said he liked to play "Call of Duty."

She said her family's home had been swatted multiple time over the last two years. Her son is innocent, she said.

"He's so aware of swatting," she said. "He would never swat."