No Man's Sky: Everything We Know So Far 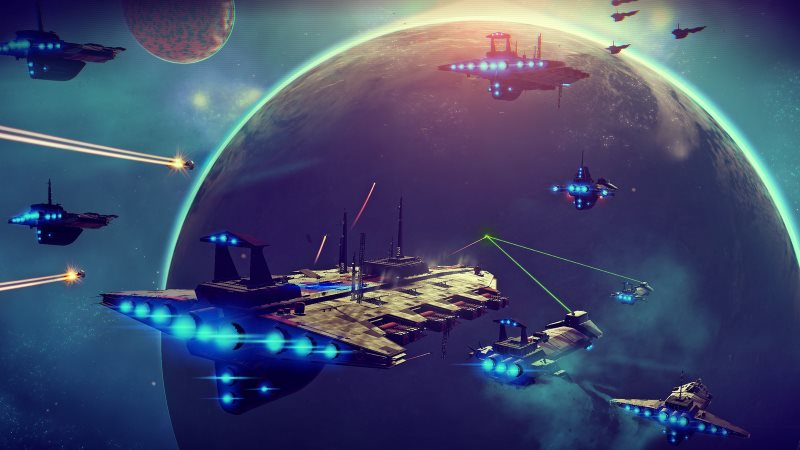 With No Man's Sky, developer Hello Games is promising an extraordinary game - one that gives you the keys to an entire universe in a manner of speaking. After being showcased and paraded across three iterations of the world's biggest gaming expo, E3, the game will arrive via retail stores and digital downloads next month. Details related to the game are scarce and the only way to learn more is to go through long videos and digging around the Web, so we decided to put all we know in one place.

Here's what we already know about the game, starting with the basic stuff:

No Man's Sky release date
No Man's Sky will be available via retail stores and digital downloads next month on August 9 for the PC and PlayStation 4 (PS4).

No Man's Sky system requirements
Owing to its procedurally-generated nature, No Man's Sky isn't as big a download as most would have thought. Hello Games revealed via a tweet that the game would just be 6GB on disc.

It's also important to note that all gameplay videos shown have been on PlayStation 4, and so PC gamers have been left in the dark again as to what kind of performance to expect. For what it's worth, No Man's Sky PC has modest system requirements at Core i3 chip, 8GB RAM and Nvidia GTX 480 - a GPU that's around five years old.

A limitless universe to explore
The game has 18 quintillion planets across a near infinite universe. These planets are generated procedurally which results in an astounding amount of variety. "You can find things that no one has found before," Sean Murray, founder of developer Hello Games, said at an E3 demonstration last year. "That's kind of unique to No Man's Sky. You can find things that even the developers don't know about."

A new world is created when someone visits a planet for the first time. You can name the planet if you're the first one to come across it. Murray knows that people will try to throw in profanity and while the developers have introduced filters, he knows "the human race is very ingenious and they will always find a way to write the names of genitals for [the names of] planets".

Each player will start in their own corner of the No Man's Sky universe - exploring planets, encountering different species and uploading all the data to a central repository. The game will give you a monetary reward for your efforts. As you level up, you will get access to newer technology that will allow you to travel beyond your solar system.

It sounds nearly like science fiction for a game to pack this much content, and it will be interesting to see if this holds true when the game is released.

Close encounters of the (exceedingly simple) extraterrestrial kind
Just like the universe we inhabit, the vast majority of planets will be devoid of any life. The developer has noted that simple life such as plants (and possibly, small animals) can be found on about 10 per cent of the planets. As for complex life, chances of those go down to one per cent of all planets. But if you're hoping to run into an advanced civilisation (like human beings), you will need to have luck on your side as those only exist on one in a million planets in No Man's Sky.

There will be surprises, though. You will come across black holes, dead planets, strange mysteries, and even aggressive species. "We have a bunch of those things, we're not trying to recreate our universe but there are black holes, there are dead planets. Sometimes for demos we'll crank up the number of lush planets because we're trying to quickly show people. But actually in our universe, this one... most things are a little bit barren. Finding life is a big deal, a cool moment, and we want that in our game," Murray said at E3 2015.

If you tend to be especially violent towards every species you see, your "wanted" level will increase just as in a Grand Theft Auto game. This in turn will alert Sentinel robots, which are like a universe-wide peacekeeping force. They will come after you for disruptive behaviour and try to take you down. The more you engage with the robots, the better units they will send. To ensure safety, you will need to run out of their sight to let things cool down.

Combat will also take place in the form of contending with aggressive species on planets or pirate fleets in space who are vying for control over all the vacuum.

Crafting and being nice is necessary to get to the end
While No Man's Sky endless open-world might seem like an explorer's dream, you won't be able to access large parts of the universe or even some planets until you have access to better equipment. Planets have a lot of variety to them, and each one is part of a star system which means they will have night and day cycles, and hence different conditions. Some planets are really hot, some really cold, while some are toxic. You will need to develop technologies to survive in such conditions, which means you can't just go wherever you want at first.

That means knowing how to get more resources out of a planet without being too greedy, and learning to craft things that eventually lets you build better suits and ships. You can also solve ancient mysteries - sometimes in the form of monoliths (think 2001: A Space Odyssey) - to increase your standing with an alien race or get access to a crucial item.

Hello Games has noted that a satisfying endgame, including answers for all the queries you're likely to have by then, lies at the centre of the universe, towards which you'll push as you level up. That's also where you will get to learn more about the underlying lore.

"Procedurally generated music is something we've been interested in for a while," band member Paul Wolinski told Wired. "But the way it tends to play out is that most generated stuff in computer games tends towards ambience: quite granular, soft, synthy stuff [because] the music's never sure what action it's about to be soundtracking."

"We decided on a two-pronged attack," Wolinski added. "We recorded linear stand-alone compositions, because we want the record to be worthwhile in its own right, but at the same time we collected a big sound library of individual sounds, instruments, melodies and beats." The soundtrack will be available as a concept album on August 5, on disc, vinyl and digital.

With the game's release just weeks away, a lot of potential game buyers are still unsure whether to pick up No Man's Sky. "But it's a difficult game to explain," Murray said at E3 2015. "It's a game you'll have to spend quite a lot of time with to appreciate or understand." It remains to be seen if players will be willing to spend that kind of time to reap the rewards, or will opt to watch from the sidelines.

Are you excited or hesitant about No Man's Sky? We'd love to hear your thoughts. Sound off in the comments below or tweet to us @Gadgets360 with #NoMansSky.