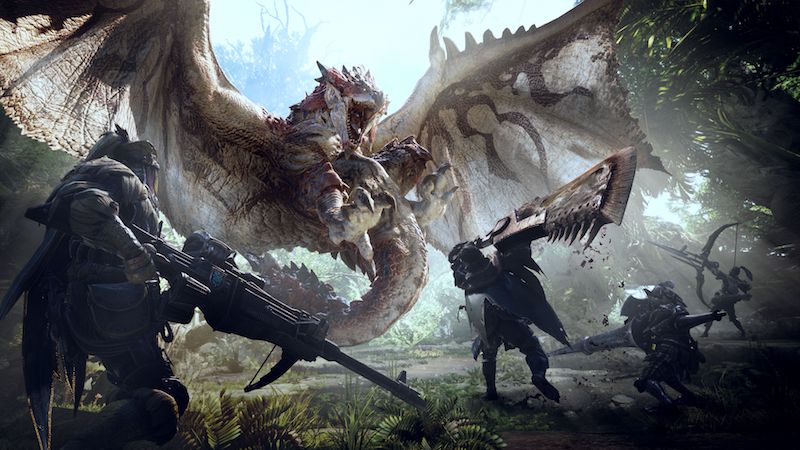 It's New Year's Day 2018, and January has some new games to check out. However, while October, November, and December saw a healthy number of titles for the PS4, Xbox One, and PC, January is a lean month. The one bright spot is if, you’re a fan of role-playing and fighting games. Here are some of the new games you can play in January 2018.

In a welcome gesture, it’s available as a free update for those who own the original game. It features all existing characters along with 12 fighters that were added as downloadable content, new modes such as Extra Battle Mode, and a revamped UI.

Monster Hunter: World
If its open beta was any indication, Monster Hunter World will be a game role-playing fans will be spending a lot of time in. Featuring robust combat, a vast open-world, and a slew of monsters to slay, it appears to be the most accessible entry in a series that’s been big in Japan and more of a niche title everywhere else. Throw in visuals that beg for a photo mode, and it could be one of the early surprises of 2018.

Lost Sphear
Developed in the mould of 90s Japanese RPGs like Chrono Trigger and earlier Final Fantasy titles, Lost Sphear follows a young adventurer named Kanata who seeks to end a mysterious ‘White Fog’ that’s destroying his home town. It’s helmed by Tokyo RPG Factory - the studio behind last year’s I Am Setsuna - and is published by Square Enix. Though the demo for The Lost Sphear was only okay, could the full game fare better? We’ll know soon enough.

And if you’re using Xbox Live Gold, here’s what you can play free this month: