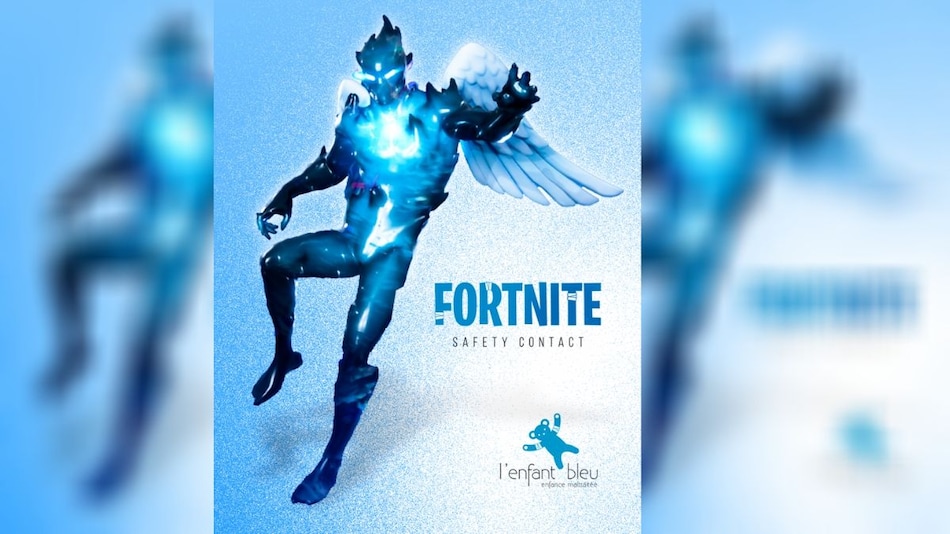 During France's coronavirus lockdown, a futuristic blue-winged avatar joined the wildly popular world of Fortnite, but its goal was not to be the last person standing -- its job was to give young victims of abuse a chance to tell their stories.

The secret project was launched by the French children's aid group L'Enfant Bleu (Blue Child), which disclosed its Fortnite partnership this week in hopes the idea can be applied to more online games.

"The number one challenge is getting children to talk so that adults can identify the problem," said Blue Child's director Laura Morin.

"Young children do not use the same media that we do as adults. So we have to adapt and find new ways of establishing contact with them," she said.

Health experts had warned that children could be especially vulnerable to domestic violence while forced to stay home during the COVID-19 outbreak, since some 80 percent of physical, psychological or sexual acts of abuse are committed by a member of a child's close family.

French officials said the country's child danger hotline had seen an 89 percent surge in weekly calls after one month of lockdown compared with a year earlier.

To discreetly reach out to potential victims without alerting their parents or other abusers, Enfant Bleu volunteers took turns roaming Fortnite battle arenas every day until 10:30 pm (02:00 am IST).

At the same time, the association enlisted Fortnite stars with large followings on Snapchat or Instagram, and whose games are often followed live by thousands of people via Twitch and other platforms, to spread the message.

"If you are a victim of any kind of violence, add the account Epic EnfantBleu on Fortnite to talk privately," read messages on the instant messaging feeds that run alongside the games.

Most of them clicked merely out of curiosity but around a third described "personal problems," including some who said they were in "urgent danger," she said.

The volunteers running the avatar would try to engage the children in conversations and direct them to the appropriate support services.

"It's the right medium, with the right vocabulary, so that we're clearly understood by children who need support, without drawing the attention of the people who are mistreating them," said Fabrice Plazolles of the marketing company Havas Sports and Entertainment, which managed the operation.

"The lockdown meant that children didn't have any other means of sounding the alarm, so it would have been disastrous if a parent discovered the project and took away the game," he said.

Morin said jumping into Fortnite, which has attracted 250 million registered players since its launch in 2017, had proved the potential of video games for reaching children where they congregate.

The goal now is to establish a more permanent presence across more platforms.

Starting in September, L'Enfant Bleu will form a working group with video game editors, judges and police officers specialised in child abuse, and France's secretary of state for child protection to discuss the possibilities.

"We hope to offer an additional tool for children so they can call for help, by taking their point of view," Morin said.